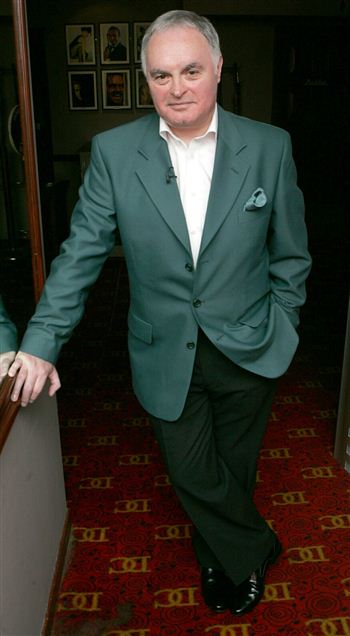 THE BROTHERS of Susan Boyle are feuding over the Scots songbird’s future career.

John and Gerry Boyle are said to have fallen out over the influence of Susan’s manager Andy Stephens, following revelations that the West Lothian star needs constant care.

Andy travels with Susan as she thrills excited fans on her global tour promoting debut album I Dreamed a Dream, and comforted her after she fainted at Heathrow Airport last month.

Gerry, 55, approves of Andy’s management, whereas John has blamed the former manager of Geri Halliwell and George Michael for his sister’s recent unhappiness.

An insider said: “Both John and Gerry want only the best for Susan but there is conflict there.

“They have differing opinions on how they want Susan to be treated and managed.”

In an interview with an American magazine, John, 59, said that his sister was in a fragile emotional state and ill-equipped to cope with the roller-coaster ride of life in the spotlight.

He said: “It’s only manageable by having great patience with Susan – it’s difficult to diagnose.

“One night she’s ok, the next night she blows up – it’s a difficult situation, multiplied by fame.

“If Susan sat beside you, you would know that she had a wee problem.

“She has always had those problems.”

However John’s comments have not been received well at Susan’s record label, Sony.

An insider said: “It makes Susan out to be unstable and that is not the image they want to portray.

“Susan has a very capable management team backing her and they put her best interests first.

“The interview given by John Boyle was not appreciated.”

Susan – who is expected to make ?5 million from her first album – has had private security installed outside her modest West Lothian home following a break-in in January year, and is reportedly on the lookout for a move to the plush Chelsea district in London.