LAWYERS, sheriffs and the accused had to share a chilly pavement together today after a fire alarm sparked a sheriff court evacuation.

A fire alarm at Edinburgh Sheriff court went off just after midday today (tue), sending hundreds into the street outside. 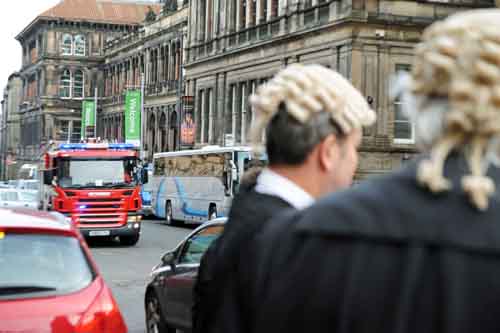 Court security guards would not immediately divulge what set off the alarm, but the court was opened again after 20 minutes. 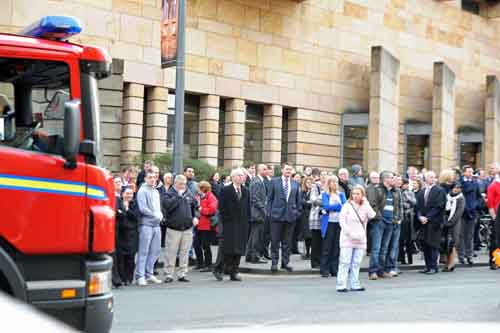 It is understood prisoners in the court’s cells were led outside via a back entrance under guard.

Among the legal proceedings which had to be stopped was the trial of David Gilroy, accused of murdering Suzanne Pilley.