SCOTS councils have lavished at least £1.3m on mineral water for workers in the past three years, shocking new figures have revealed. 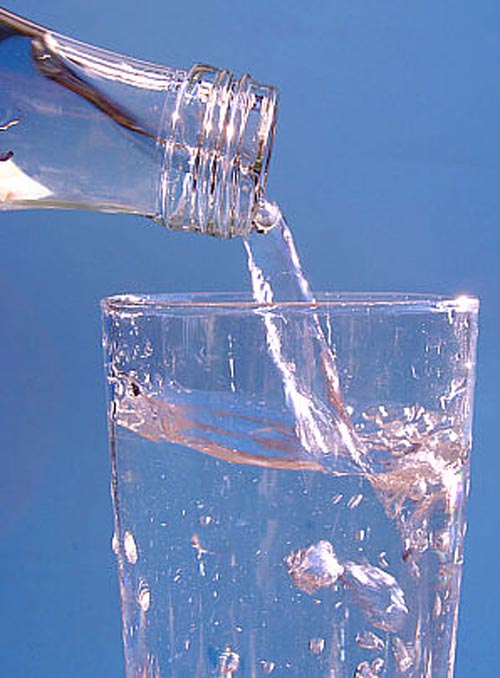 But that did not stop officials spending £277,453 on bottled water supplied by AG Barr – the makers of Irn Bru  – Eden Springs and Pow Wow Water.

Emma Boon of TaxpayerScotland slammed the figures, saying it was unfair for councils to spent taxpayers money on “luxury” at work.

She said: “Scottish councils can’t afford to pour hundreds of thousands of pounds in taxpayers’ money down the drain on bottled water.

“Other councils have managed to keep their water bills down by not using overpriced bottled and cooler water so there’s no reason other councils can’t do the same.

“Many employees will use the tap at home so there’s no reason to expect Town Halls to splash out on the luxury at work.”

And Stirling Council revealed it had paid £83,450 to AG Barr, included money spent on supplying schools with individual ‘small-sized bottles’ of water.

Some councils do appear to have developed a taste for tap water, managing to keep spending well below six figures. Midlothian Council forked out £35,832 and Shetland Islands Council spent £16,709.

The most frugal of the 17 councils that complied with a Freedom of Information request, Orkney, spent £13,437 over the same period.

Glasgow City and Aberdeenshire were among several councils who refused to release the information.

A spokesman from North Lanarkshire council said it had reduced its spending on non-tap water over the past three years.

He said: “It is a requirement of all employers to provide their staff with an adequate supply of drinking water.

“In the past three years alone we have more than halved the amount paid on freestanding bottled water units by providing plumbed in filtration systems and we will continue to pursue this programme where practical.”

A spokeswoman for the City of Edinburgh Council said: “As an employer the council has a duty to provide safe and clean drinking water to approximately 17,000 employees.

“However some of our schools, offices and other premises are extremely old and have antiquated pipe work which means providing drinkable tap water is not always possible.

“Where this is the case, all possible procurement options are explored to secure the most cost-effective options.”

Last year Edinburgh Council sparked fury after spending a quarter of a million on new tracksuits, polo shirts and suits for staff at Edinburgh leisure centres.

The council was also slammed for blowing £6,500 on team-building sessions, including a treasure hunt and £2,500 on a trip to an outdoor centre.