People “wait at least a month to report child abuse”

THE NSPCC is today launching a new campaign, ‘Don’t wait until you’re certain’, which urges the public not to ignore that niggling doubt about a child’s safety, as concerning new figures show most people wait at least a month before picking up the phone.

In the last six months, 374 people from Scotland contacted the NSPCC with concerns about a child that were considered so serious they warranted immediate action. Of those, 31% had waited at least a month with an additional 26 per cent waiting more than six.

The figures come as an exciting new viral campaign, made by Skins and Billy Elliot director Amanda Boyle, is launched in partnership with parents’ website Netmums.

The viral, which mimics a well-known online meme but carries a serious message, will be seeded on YouTube, Netmums, Twitter and Facebook, where supporters will be able to donate their Facebook status to the campaign for a week.

The NSPCC will also be holding a twelve hour ‘day in the life of the helpline’ event on Twitter, with live updates and interviews from 8am until 8pm. 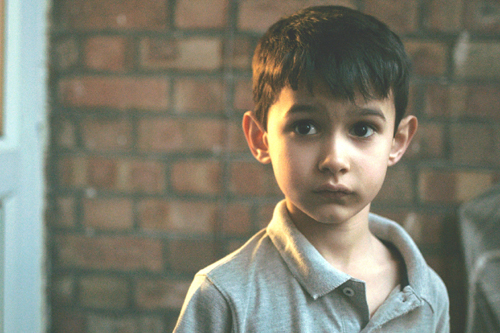 Amanda Boyle, who held castings for the film with 5 to 7 year olds in London, Glasgow and Manchester, said: “It has been a privilege to work on such an important campaign, which highlights the very real danger of keeping concerns about a child’s safety to yourself.

“It’s a thought provoking viral film which we hope will engage members of the public and encourage them to contact the NSPCC. The message is simple: If you’re worried about a child, need advice or want to talk, don’t wait until you’re certain.”

TV presenter Kate Garraway said: “Very few people would walk by if they saw a child in danger, and most people who suspect abuse do intend to do something. But sadly many wait far too long. They may not be sure, may not want to interfere, or may worry that someone will find out who reported it.

“But they needn’t worry. The NSPCC’s trained counsellors are available 24/7 to listen to the public’s concerns, and people don’t have to say who they are. The NSPCC will take responsibility so they don’t have to.”

The caller said: “My concern has been growing over the past three months because of the levels of neglect.  Yesterday evening the young child was playing on the street unsupervised. In the past he has walked alone to the park and on other occasions is left in the care of his older siblings”.

The campaign will be backed up with a twitter event

Psychologist Dr Linda Papadopoulous said: “We know that 1 in 5 children experience severe maltreatment at some point in their childhood. The impact of abuse can be profound, and the longer it continues the greater the risk of long-term physical and emotional damage.

“These new figures highlight the reality that children are suffering because adults are waiting too long to report their concerns. We are hopeful that this digital campaign will further break down the barriers that prevent people from contacting the NSPCC, and in doing so will help protect more children.”

Siobhan Freegard, co-founder of the Netmums website, said: “This campaign is particularly relevant to our audience as mums come into contact with other parents and children all the time, and are therefore likely to come across situations where they feel concerned but aren’t sure if they are witnessing signs of abuse.

“We also know that women are twice as likely to contact the NSPCC as men with their concerns.”

Anyone who has concerns about a child or wants advice can contact the NSPCC for free 24 hours a day, by calling 0808 800 5000, emailing [email protected], texting 88858 or using an online reporting form. They can choose to remain anonymous if they wish.