A SOLDIER from Maryhill in Glasgow is to receive the Military Cross after risking his life to save his wounded comrades in two separate battles.

In the first attack in March last year, Corporal Keith Mitchell, aged 29, of The Royal Scots Dragoon Guards, was on patrol outside the village of Pupalzay when his section was attacked in a sudden and prolonged ambush from several directions.

The ambush also trapped another section alongside Keith’s. 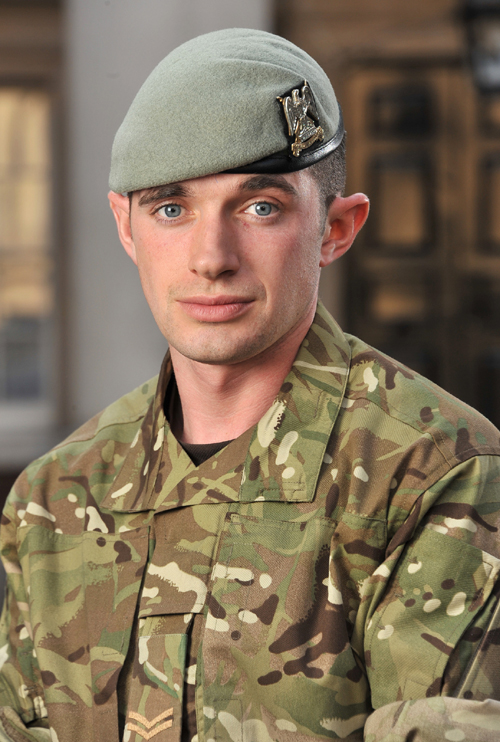 Corporal Mitchell was pinned for half an hour with his unit

With rounds landing all around them, they were pinned down for half an hour.

Suddenly two of the enemy positions increased their fire and directed a series of rocket propelled grenades (RPGs) at the two stranded sections.

One RPG burst in the air, showering the soldiers of the other section in shrapnel and injuring four of them.

Keith responded immediately to draw the enemy’s fire away from the injured soldiers in the besieged section.

Abandoned the safety of cover behind a wall he stood up in open ground. The Taliban instantly began firing at him instead.

With rounds now raining down on him, he fired three accurate rifle grenades to suppress the enemy position, managing to either destroy or damage their capabilities. Firing ceased immediately allowing the wounded men to be evacuated.

“I didn’t see it as putting myself in danger I just thought that if I could push forward about five metres I could fire my weapon system so we could do something about the attack.

“It may be hard to believe but I wasn’t even thinking about the incoming fire, I was just concentrating on firing my weapon and then watching the shot to make sure it was accurate, rather than noticing the rounds coming at me. You are concentrating so hard on firing your weapon that it’s like being back on the ranges, which took my mind off what was going on around me. 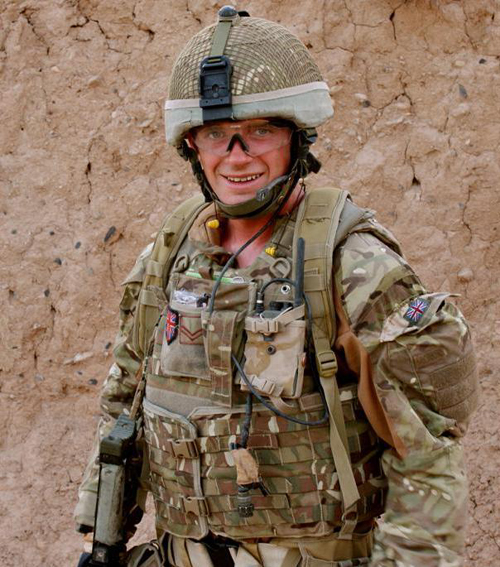 He has served in both Iraq and Afghanistan

“I didn’t see it as putting myself in danger. I was more annoyed at the helplessness as the rounds kept coming in at us.

“It was only as we were extracting through a field of waist height poppies that I could see how close the rounds were landing to us. As we ran through the field the insurgents were firing at us – taking off the heads of the poppies as close as half a metre away from us.”

His citation states: “Mitchell demonstrated a pedigree of courage and selflessness. He made a quick and brave decision to put his own life in danger to save the lives of his friends and colleagues.

“His accurate, aggressive and fast reaction whilst being pinned down on two occasions, placing himself in the direct line of enemy fire to draw away the enemy from his wounded colleagues, undoubtedly saved the lives of the wounded soldiers and those who were treating them. His sustained actions displayed bravery of the very highest order.”

Keith is a former pupil of St Thomas Aquinas Secondary School and is married to Linda. The couple have a young daughter. He has completed two tours of Iraq in addition to his time in Afghanistan, and is based with his regiment in Fallingbostel in Germany.