Record Earth Hour participation with one day to go

WITH one day to go until the biggest ever Earth Hour, a record 147 countries and territories are preparing to send a united message that now is the time to take action for the planet.

Hundreds of landmarks across more than 5000 cities and towns will go dark at 8:30PM on Saturday local time, with Libya, Algeria, Bhutan and French Guinea among those participating for the first time.

Earth Hour began in 2007 as a one-city initiative in Sydney, Australia and has since grown to be the world’s largest voluntary action for the environment. 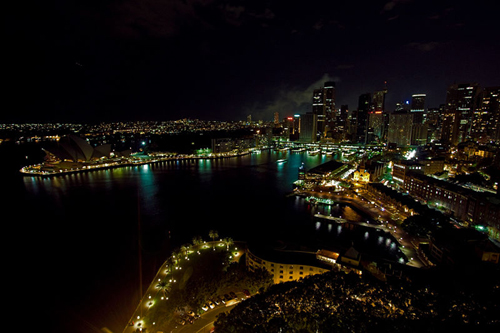 Sydney was the first city to dim its lights for Earth Hour  Photo: saveourclimate

“Each and every one us play an important role in making a difference to the world we live in. As the lights go off around globe tomorrow, celebrate your commitment to the planet and inspire those around you to take action,” said Earth Hour Co-Founder and Executive Director, Andy Ridley.

The last country to usually go dark, Samoa has crossed the International Date Line and this year will kick off the lights off event as it traverses the globe over a 24-hour period. The last switch off event will wrap up in the Cook Islands.

Earth Hour has grown from a one-city initiative in 2007, to a 5,251 city strong global movement, last year reaching 1.8 billion people in 135 countries across all seven continents.

Clubber left with $3,000 dentist bill after doing The Worm and cracking her tooth in half