THE premiere of a new drama about the Lockerbie bombing will be staged later this month in Falkirk.

The bombing of Pan Am Flight 103 over the Dumfriesshire town in December 1988 killed 270 people and was the worst terrorist atrocity in the UK.

Now, for the first time, the appalling tragedy is being brought to the stage by Falkirk’s Tryst Theatre in a new play specially written for them by Alan Clark. 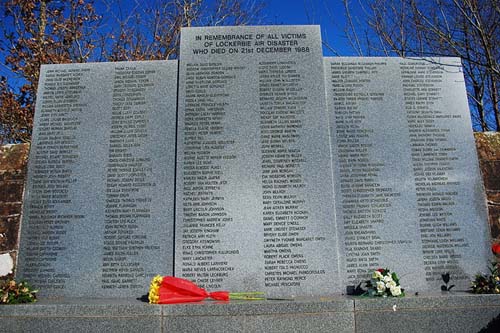 Entitled “The Lockerbie Bomber”, the harrowing and hard-hitting drama is dedicated to the memory of the victims of Lockerbie and their families.

Alan said: “I wrote the play, my first, as a reminder that the 270 victims and their families still await justice. The more I researched and delved, the clearer it became that Scottish justice and successive Governments have failed them. Like all Scots, I was appalled by Lockerbie. And like a lot of Scots, I personally believe there’s been a miscarriage of justice and a cover-up.

“As one of the characters in it says ‘A few people, high up in the US and UK Governments, know exactly what happened, but they’re never going to tell us.’”

He added: “The play is what I’d call ‘faction’ – a mix of fact, fiction and dramatic license – inspired by actual events and news stories but the characters, the plot and the dialogue come from my imagination. It’s set in the present day and looks at the Lockerbie bombing from three different perspectives – the victims’ families, journalists investigating the case, and the UK and US security services engaged in covering up what happened.”

Tryst Chairman Frank Murray said: “We’re delighted to have the opportunity to present the premiere of this challenging new work.”

Tryst will make a donation to the Red Cross in Lockerbie who were amongst the first on the scene of the 1988 disaster.