HEALTH bosses forked out £17,000 on iPads while cutting back on basic essentials such as incontinence pads, it emerged today.

NHS Fife bought 37 of the £450 gadgets as it emerged some supplies were being rationed to combat soaring prescription costs.

Fife councillor Andrew Rodger revealed patients were being forced to cut the number of incontinence pads they used each day from six to four. 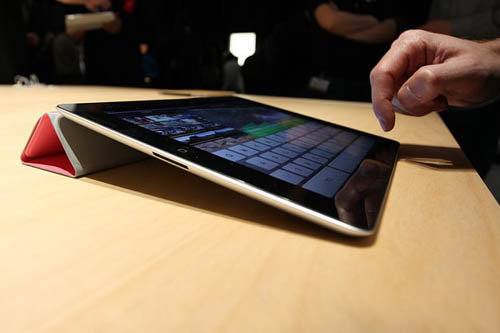 He said that patients could call to have more delivered if they ran out, but said additional delivery costs would cost more than supplying more pads.

The health board also cut 118 nursing posts in the last nine months of 2011.

But despite the recent revelation that NHS Fife will have to save £17.5 million over the coming years bosses still forked out on the pricey tablet computers

Margaret Watt, of the Scotland Patient Association, said rationing supplies to the elderly while splashing out on gadgets was “totally unacceptable”.

She said: “How dare they humiliate patients like that? It’s immoral, inhumane and they are without compassion or understanding.

“The people in charge of the health board are in the wrong job.

“It is totally wrong to buy these iPads that they don’t need.

“What happened to pen and pencil?

“We all have to move forward but not at the expense of our patients. It just beggars belief.”

But Chris Brown, the director of finance and lead for eHealth at NHS Fife, said the tablets were used by nurses visiting patients and that a number of apps are provided for the Apple tablet, such as medical reference guides.

He said: “Of the 37 devices that we have purchased, 33 are used by our community based nursing teams.

“The devices have been chosen for their functionality and mobility, and allow teams  to access appropriate information and data easily and securely while visitingpatients without the need to return to the office base.

“Our eHealth team are also working with four of the oldest generation iPads to further explore their use and functionality.”