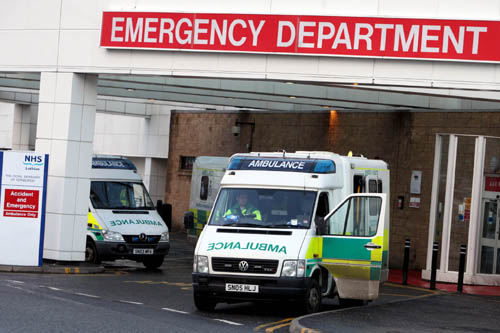 AMBULANCE workers are not allowed to enter hundreds of addresses in Scotland without police protection amid fears for their safety, figures obtained by the Scottish Conservatives have shown.

The Scottish Ambulance Service confirmed there are 437 addresses across the country which are “red flagged” – meaning paramedics and ambulance employees must await police protection before going in to respond to a 999 call.

These addresses are singled out by the ambulance service and police because of previous negative experiences where emergency service workers have been attacked or threatened.

The revelation comes as the SNP boast about cutting levels in crime in Scotland to a 32-year low.

Scottish Conservative justice spokesman David McLetchie said:  “It is a disgraceful state of affairs when ambulance workers who dedicate their working lives to helping people cannot enter so many homes for fear of their own safety.

“Every employee has the right to work without fear of attack.

“It is hypocritical of the SNP to boast about crime levels in Scotland reaching a 32-year low when you have over 400 places in Scotland which are quite simply no-go areas for ambulance workers.

“People who threaten, or worse attack, emergency staff should be dealt with in the severest possible way.

“The Scottish Government must act on this immediately for the benefit of the wider public and the workers themselves.

“At a time when budgets are pressed, we cannot afford to have ambulances waiting outside addresses because the occupants are too violent to deal with.”