30 “Lifers” get early release from prison each year

UP TO 30 Scots prisoners receiving “life” sentences are being released early from jail every year.

Some criminals are leaving their life behind bars as early as seven years into their “life” sentence after committing serious crimes.

The shocking figures were released by the Scottish parole board, which is responsible for the early release of prisoners. 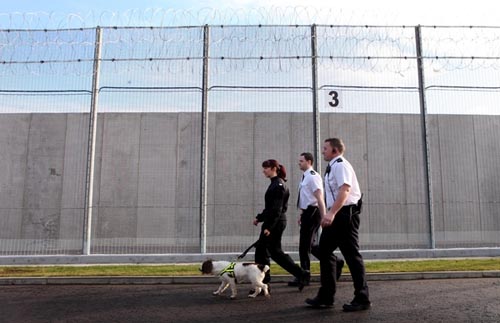 Last night, critics blasted the SNP for having a “soft-approach” to sentencing some of the country’s most dangerous criminals, who have committed murder and rape.

Opposition parties said that public safety is at risk under the SNP’s current early release policies.

The Scottish parole board release prisoners under the supervision of a social worker if they are deemed no longer a risk to the public.

But last year, the board considered the cases of 33 “lifers” given early release who had allegedly breached the conditions of their licence or whose behaviour in the community was inappropriate.

Some offenders were recalled to custody while others were simply given written warnings about their behaviour.

But families of victims are furious about the early release policy.

The father of Lawrence Haggart spoke out after it was revealed his son’s killer was released after just 15 years, despite having been handed a life sentence.

Larry Haggart said it would be his “worst nightmare” if he ever came in contact with paedophile Brian Beattie, who killed Lawrence in their family home in Stirlingshire, 1996.

David McLetchie, the Scottish Conservative justice spokesman, said: “Sentences do not mean what they say in Scotland today. People will be astonished that these sentences to life in prison result in such a short period of time being served. It is just another example of the SNP’s soft-touch sentencing.”

“Since 2007, the SNP government has been promising us it would scrap automatic early release, yet five years and thousands of prisoners later the SNP has failed to make good on its promise.”

“Action ‘in due course’ is simply not good enough. The time for action is now. The fact is the sentence given should be the sentence served.”

But a spokeswoman for the Scottish government insisted that decisions to release prisoners early are usually taken by the parole board.

She said: “Offenders on licence are subject to regular and robust monitoring and supervision by criminal justice social work services.

“Any offender found breaching the conditions of their release faces being swiftly returned to prison.”

In January of this year it was revealed that more than 35,000 criminals have been freed “unconditionally” fromScotland’s prisons before completing their sentences since Alex Salmond promised to abolish the system of automatic early release five years ago.

Kenny MacAskill, the Scottish Justice Minister, published figures showing 35,546 offenders had been allowed back on toScotland’s streets without being monitored since the SNP came to power in May 2007.

Though none of the prisoners were “lifers”, all of the affected prisoners were sentenced to serve four years, but were released with “no strings attached.”

Prisoner in rooftop riot over a McDonald’s