Trendy church chief to attend T in The Park

A CHURCH chief will attend popular musical festival T in The Park in an attempt to persuade music-lovers to go to church.

Trendy Reverend Albert Bogle, 63, will be rubbing shoulders with the likes of Stone Roses, Kasabian and Florence and the Machine at the Kinross-shire festival this July.

But it’s not just for his love of music as the new moderator of the Church of Scotland hopes that festival goers will swap rock music for hymn books after he attends the three-day event. 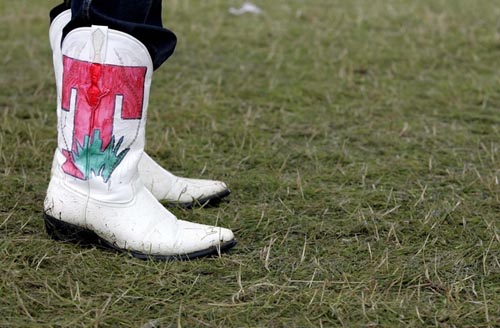 The festival attracts more than 85,000 visitors each year

The minister said he hopes his musical interest will boost church attendance with young festival goers after it was revealed that there are just 500,000 members of the church today, compared to 900,000 in 1981.

In another bid to boost church attendance, the married father-of-two is also planning to place web cameras in church for non-church goers to view the service from home.

In an interview with the May edition of Life and Work magazine, Bogle confirms that he intends to appear at the music festival, which attracts up to 85,000 music enthusiasts each year, as well as some of the biggest names in rock and pop.

In the interview, Bogle also confirms that he is attending the Edinburgh fringe festival in August to reach out to youngsters to attend church.

He added he wants to make greater use of technology in the church’s quest to save young souls.

He said: “Every place of worship should consider an internet connection in the sanctuary. It is a way of bringing young people and young families in to the church.”

Bogle believes providing churches with webcams will attract more families to view services as they will be able to worship god at different times and places, as well as attracting viewers from abroad. 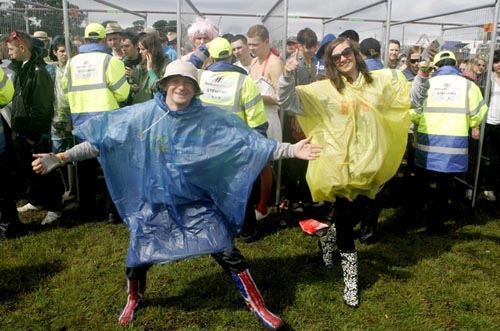 Rev Bogle, who is a minister at St Andrew’sParishChurchin Bo’ness,West Lothian, is also founder of the Vine Trust, which was set up in 1985 to help some of the poorest communities around the world.

Currently, the charity’s Amazon Hope Project provides a health service for about 100,000 patients every year.