THE SCOTS public is to help vote for the Scottish Album of the Year.

Last month, The Scottish Music Industry Association (SMIA) unveiled the Longlist for the inaugural award, and for 24 hours today, the public will be able to have their say by voting for their favourite Scottish album of 2011.

The record receiving the highest number of public votes will earn a guaranteed slot on the Shortlist, which will be revealed this Thursday May 17. 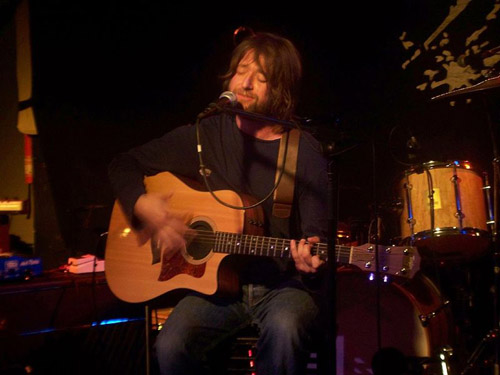 King Creosote is one artist on the longlist  Photo:Danjwilson

Over the past four weeks, music fans have been able to listen to all twenty albums online and via a specially designed app.

Nominated artist Aiden Moffat said: “Scotland’s not very good at blowing its own trumpet, but it’s about time we had our own award to celebrate the overabundance of brilliant and diverse music we make every year. For such a small country we produce an inordinate amount of great – and very successful – music, and hopefully this award means that we can be unashamedly proud about it for a few weeks every year.”

Fife artist King Creosote, who has also been long listed, said: “Jon Hopkins and I are proud as punch to end up on the long list for the newest and coolest of prizes, the SAY Award. Of all the awards ‘Diamond Mine’ has been nominated for and subsequently lost, losing this one will smart most.”

To vote for their favourite from this list, the public should visit www.sayaward.com or vote via the Scottish Album of the Year Award app.

The voting process will be open for 24 hours only.

The winning album will be announced at a prestigious ceremony in Glasgow Film City on Tuesday, June 19, earning a grand prize of £20,000.  The nine runners-up will each receive £1,000.  All ten shortlisted finalists will receive an artwork from the winner of a unique SAY Award art commission which celebrates the enduring links that exist between music and art. The commission, valued at £20,000, will be offered to graduates from Scotland’s four principal art schools with the winning graduate (selected, in this pilot year, from Glasgow’s School of Art) producing ten artworks to be donated as prizes for the shortlisted finalists.

For the latest Scottish Album of the Year Awards news, check out www.sayaward.com, www.facebook.com/SAYaward and follow on Twitter @SAYaward

The Scottish Album of the Year Longlist is (in alphabetical order):