Baby boom in the Highlands

FOUR new arrivals have formed a baby boom at a Scots animal park.

The new-borns at the Highland Wildlife Park include a European elk calf, a Bukhara deer calf and two more European bison babies. The deer and bison youngsters are particularly welcome as both species are threatened in the wild.

First time European elk mum, Froja who was born at the Wildlife Park in 2010, is proving to be a perfect parent. Historically these impressive animals could be found in the Scottish Highlands, and this latest arrival is the 4th elk calf born at the Park since they started breeding the species in 2009. It will be a little while longer before keepers will be able to sex this calf, who was born on May 15, as it is keeping close to its protective new parent. 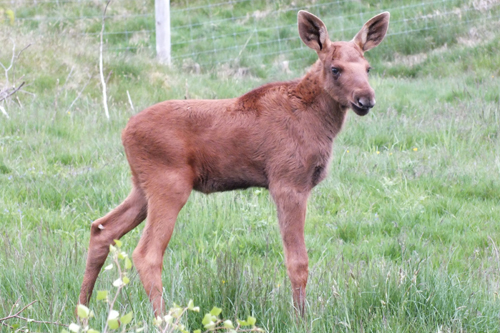 More experienced at the parenting game, the Bukhara deer welcomed another calf to the herd. This little youngster, who is doting mum Mariam’s 3rd calf, was born on May 26 and is a female but she has yet to be named.

Following the birth of our first European bison calf, Glen Garry, on May 1, a further two were born on the May 26 and 31.  These three calves are the first offspring of the Irish-born bull, Tomek, who arrived at the Park in July 2011. 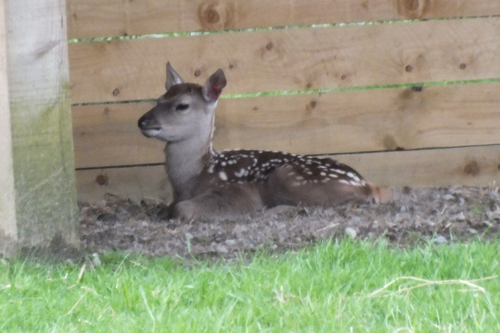 Douglas Richardson, Animal Collections Manager at the Highland Wildlife Park, said:“As all of our animals are adapted to dealing with cold winters, late spring is usually when we start to see births from our hoofed mammals as they are generally very seasonal breeders. I am particularly pleased by the birth of a further two European bison calves as it is now looking like our new bull has justified his move from Ireland.

“The two latest bison mums are proving to be as protective of their calves as the mother of our first calf of the year.  It is also gratifying to know that our herd is continuing to contribute to the European breeding programme for this endangered species, which we manage. 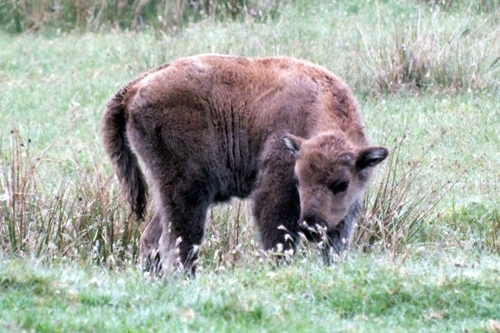 “The husbandry of European elk presents a number of difficulties, but the fact that first-time mum Froja, who was also born at the Park, is proving to be an attentive parent indicates to us that we are caring for this demanding species in an appropriate way.

“Lastly, our adult Bukhara deer female has had their third healthy calf in as many years. Bigger than their red relatives, their young can be easily identified due to their much darker coat that is covered in bright white spots. Our group is the only breeding herd of Bukhara deer in the UK, and like the bison they are part of a European breeding programme, and we are proud to be able to continue to help grow the population of this threatened deer”.