JUDY Murray has been taken to task on Twitter for wrongly naming the Wimbledon landmark dedicated to her son.

The mum of Scots tennis ace Andy Murray was attending the second day of the tournament when she made the Twitter gaff, referring to ‘Murray Mound’ by its old moniker of ‘Henman Hill.’

The 52-year-old made the blunder earlier today when she tweeted to her 23,000 followers: “Look who I found on Henman Hill y’day. 40 kids from primary schools in Drumchapel. Well done teachers for bringing them!” 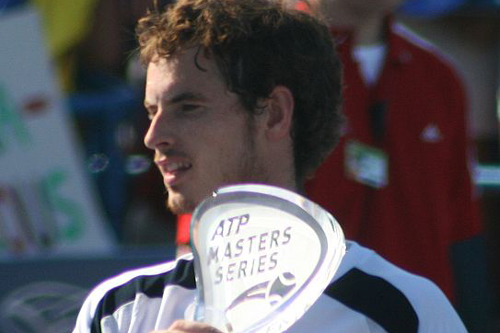 Murray Mound is an area in the grounds of the All England Lawn Tennis and Croquet Club where crowds of people without showcourt tickets can watch tennis matches live on a giant television screen at the side of No. 1 Court.

One Tweeter was far from impressed by Judy’s choice of words, writing: “Henman Hill??? Tsk Judy..#murraymound,” another added: “Cannot believe @judmoo of all people is calling Murray’s Mound, Henman’s Hill”

The area rose to fame in the late 90’s when British tennis star Tim Henman regularly made it into the quarter finals of the tennis tournament.

Since Henman’s retirement in 2007, the area was colloquially renamed Murray Mound.

But Henman is remains proud of his association with the mound, joking in a 2009 interview: “Murray can have all those grand slams he’s going to win but I’m keeping my hill.”

Murray is through to the second round of Wimbledon after beating former world No?3 Nikolay Davydenko in straight sets.

Last month a top behavioural expert claimed Andy Murray should force his mum to stay at home if he wants to clinch his first grand slam title.

Earlier this week Judy slammed blamed a lack of P.E in schools for creating a generation of “overweight and uncoordinated” youngsters.