FRANKIE Boyle has passed a million followers on Twitter despite causing widespread outrage with his jokes about paralympians.

Boyle’s gags – including calling the Saudi Arabian team “mainly thieves” and saying a former soldier’s high-jump attempt was “Taliban-assisted” – provoked widespread anger. His former bosses at Channel 4, which is televising the games, suggested he would not be welcome back at the station.

Boyle himself took the unusual step at the weekend of defending his jokes, insisting they were “celebratory” rather than “discriminatory”.

Hours before he gained his one millionth follower, the comedian joked: “Soon I hit 1million followers. No more Mr. Nice Guy.”

And when Glasgow comic Limmy tweeted: “Bang, 1M”, Boyle replied: “The horror begins.” True to his word, Boyle tweeted shortly afterwards: “It’s unpatriotic of Beckham not to have paralysed himself to get a game in the Paralympics. He’d have still been able to play for LA Galaxy.”

Friend and fellow Scots comedian, Still Game star Greg Hemphill, replied: “With that many followers, Frankie, you can give out blocks like its candy in your pocket.” 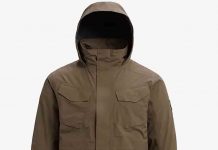