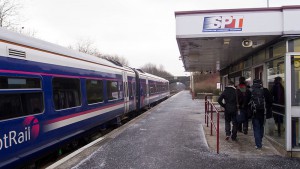 LOUTS who put their feet on train seats have been told they face a £1000 fine.

ScotRail is launching a crackdown on passengers damaging seats by dumping chewing gum and parking their dirty shoes on them.

The firm said it was fined almost £100,000 by rail regulators for train seat damage in the year to June, and almost half its penalties were for “seat failures”.

Its NeatSeats campaign will see tens of thousands of “gum wraps” being distributed as stations around the country and extra bins being put in place.

Scotrail had to repair 350 ruined seats in the last month alone, including 100 soiled by used chewing gum.

Damaging any part of the railway – including seats – is covered by railway byelaws which allow fines of up to £1,000.

Steve Montgomery, ScotRail’s managing director, said: “ScotRail’s overall performance under the regime has improved in recent years, but unfortunately the amount of damage caused to train seats is growing.

“Everyone deserves a clean seat, and this campaigns’ aim is to make our trains an even more pleasant and comfortable way to travel.”

Derek Robertson, chief executive of environmental charity Keep Scotland Beautiful, said: “We are delighted to support all ScotRail campaigns which encourage people to show respect for their environment. The Neat Seats campaign is tackling the issue of dirty and damaged seats head on.”

He added: “ScotRail’s focus on cleanliness within trains has already made an impact in other areas, but more importantly, this campaign will raise public awareness of the growing problems caused by passengers’ feet on seats.

“This campaign is a key component in changing the behaviour of a minority of railway users who show a lack of consideration for their fellow passengers.” 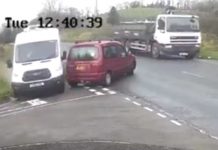