FRANKIE Boyle has been blocked on Twitter by rapper Chris Brown after a two-year feud.

The Scots funnyman shared a screenshot of the latest development in the row, showing he had been blocked by the star’s official account.

The social media showdown started in 2012 after Boyle sarcastically replied to one of Brown’s tweets, poking fun at his conviction for beating up former girlfriend Rihanna. 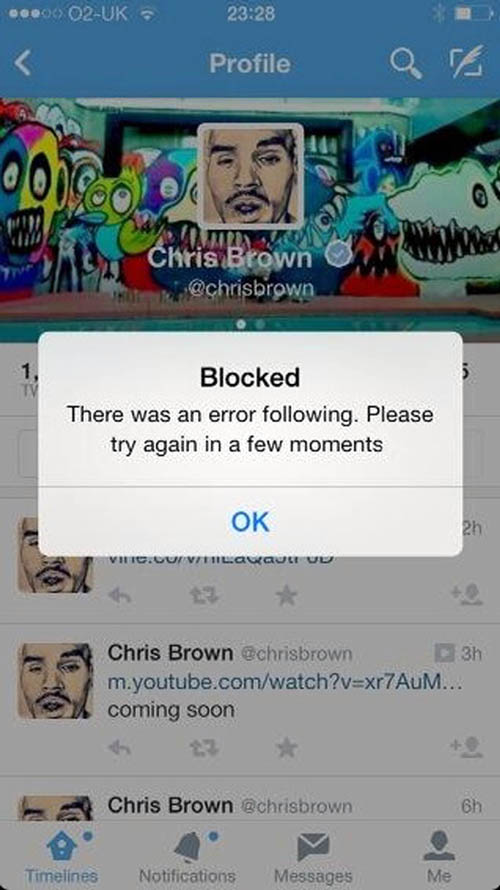 Brown had tweeted saying: “Serious tweet: I think skateboarding and breakdancing should be an olympic sport.”

But Boyle quickly replied: “Or intergender boxing, you’d be in with a chance of a medal there mate.”

Fans of the comedian soon reacted to the latest development, sharing the image more than 1,300 times.