MUSIC lovers booked up accommodation near the new home of T in the Park before the first note of the 2014 festival was played.

Some B&Bs near Strathallan, Perthshire, are already sold out for the weekend in July 2015.

After 18 years at Balado, festival organisers announced they were moving because of safety concerns over a buried oil pipeline. 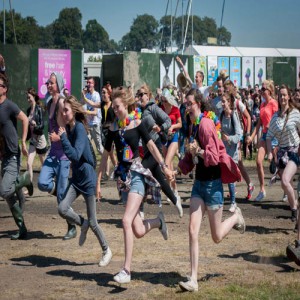 The Victoria House B&B, in Crieff, took its first £70-a-night booking the day the announcement was made of the move to Strathallan Castle.

“We took the first booking on June 25th, then another on the 29th of June and one more the following day.

“The final room was booked on Monday, so we have no rooms left for the weekend now.”

“It’s amazing and we’re looking forward to it,” she said.

Manager Dave von Geyer said: “It came the same day they announced that the event would be moving to Strathallan.

“The guys are from friends from down south and wanted to get in there early.”

Dave said other enquiries included one from a woman who wanted to pitch her tent in the garden.

Another asked about booking 22 rooms for the week, even though they have just five rooms.

“We expect to be fully booked for T in the Park, it’s good news for us,” he said.

B&B owner Mary Campbell, from Auchterarder, said: “Within half an hour of the announcement I had a girl on the phone wanting two rooms.

“One boy who called sounded like he had called everywhere trying to find someone to stay.

“We’ve had emails and phone calls well in advance of the event, theres a lot of interest from people for rooms.”

Tickets have now gone on sale for next summer’s event in the grounds of Strathallan Castle, near Auchterarder, in Perthshire.

But yesterday a couple who live in the grounds of the new venue called for the Scottish government to review the planned move.

Kim and Mark Liddiard said they were prepared to take the matter to the Court of Session for a judicial review.

The couple, who would have a campsite on their doorstep throughout the festival, have written to the Scottish government’s planning and architecture division.