POLICE Scotland have U-turned on their controversial policy of handing tickets to most speeding drivers.

Officers have reverted to a policy of verbally cautioning many drivers who are just over the limit.

Since Police Scotland was created in April 2013, there has been an increase of more than a third in the number of speeding tickets handed out. 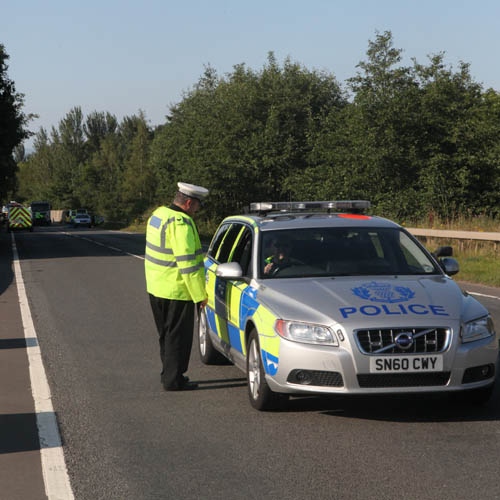 The number handed out in Edinburgh tripled during a four month period under the new force.

Previously, most motorists who were caught driving above 30mph but below 35mph would be let off with a verbal warning.

The Police Scotland speeding crackdown has failed to bring about a big decline in accidents.

The number of deaths on the roads increased during 2013/14 by 14% although serious injury accidents were down by the same amount over the period.

Sir Stephen admitted: “We have subtly changed so there are fewer tickets being issued and an awful lot more verbal warnings.

“So far this year we are seeing more people killed on the roads.

“It would be very easy, as a result of that, to say the enforcement regime isn’t working.

“The problem with that analysis is our enforcement regime this year has been significantly changed from last year, so we’re actually issuing… fewer fixed penalty notices.”

Head of Roads Policy at the AA, Paul Watters, said earlier this year: “It was hoped that giving police the power to fine people for less serious examples [of careless driving] would encourage drivers to change their behaviour, without clogging up the courts.”

A spokeswoman for Police Scotland said: “We are engaging with motorists who are over the speed limit, advising them and educating them.

“This will be recorded as a warning but no details are taken.

“This is about improving safety and reducing casualties, and about putting our resources where they will have the greatest effect on improving road safety.”