THE Yes campaign got a boost yesterday (Mon) – at a horse race.

The Ladbrokes Referendum Race saw Yes We Can beat Neigh Thanks at Musselburgh racecourse, East Lothian.

Neigh Thanks, seven, had the better form and age experience over five-year-old Yes We Can.

The organisers evened up the five furlong (1,100 yard) race, however, by putting a heavier jockey on the “Unionist” horse.

Yes We Can, real name Black Douglas, came in two and a half lengths ahead of its rival, to lots of cheering from Yes supporters in the crowd.

Winning jockey Rachel Grant said: “It was brilliant. I am obviously very pleased. It’s amazing to be a part of something this historic for Scotland. It was really quite something.”

Trainer Jim Goldie was equally “delighted”, saying: “There was always going to be a winner and a loser, much like there will be at the polling stations on Thursday.

“Today it was a clear win.” 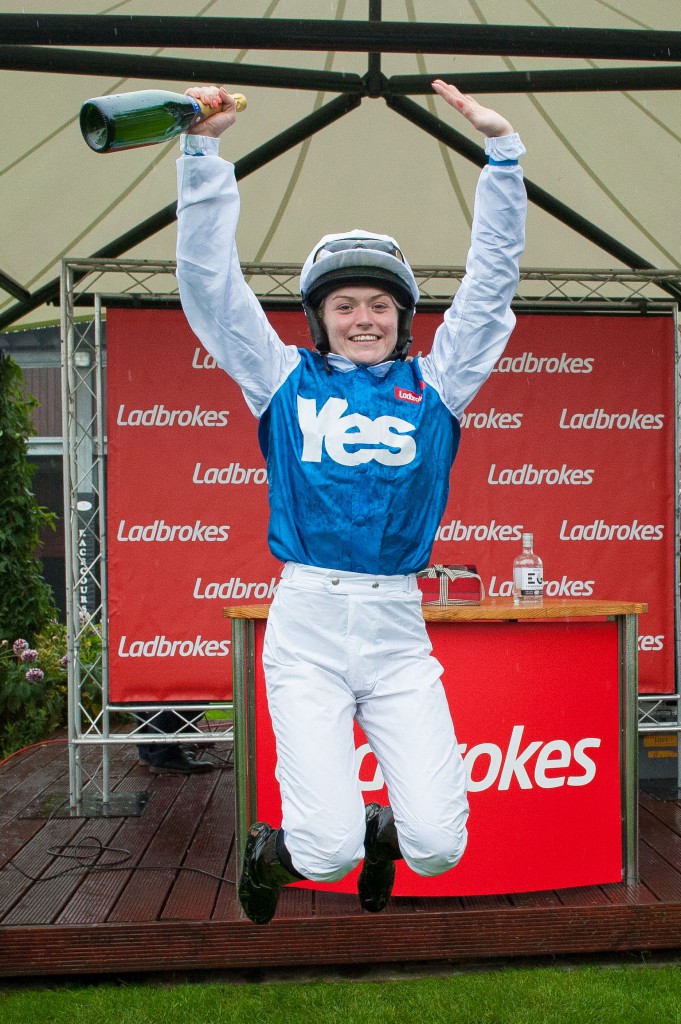 Alex Donohue of Ladbrokes said following the race: “Yes We Can stormed to victory and if events on the track are mirrored at the polling booths we should be preparing for an independent Scotland.”

The crowd bid for the silks following the race, raising a total of £800 for charity Cash 4 Kids.

A spokesman for the Yes campaign said: “We’ll take this decisive win by Yes We Can as a good omen for Thursday although we know we have to continue to work flat out to gallop across the finishing line ahead of our opponents. We’re up for it.”