A PANDA toy from Edinburgh Zoo sparked a terrorism alert at a tropical paradise airport.

Panda Kennedy was posed for a selfie in front of a jet at Mauritius International.

But owner Nicole Kennedy immediately found herself in trouble with security staff after taking the snap on her phone. 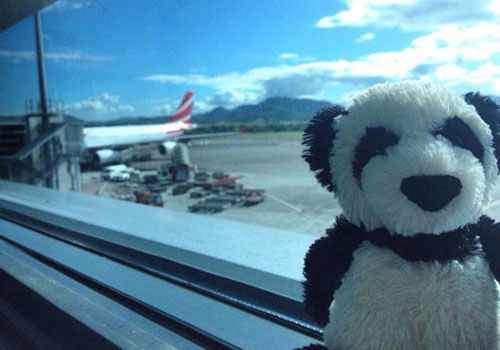 An angry official told her that the picture could aid terrorists and demanded she hand over her mobile.

Nicole, 20, from Mauritius, refused and kept walking away from the exasperated official until he finally gave up.

The self-confessed panda fanatic bought her £15 toy during a trip to Edinburgh Zoo in 2013.

The photographer and designer posed him for selfies in front of the Kelpies, Forth Bridge and other Scottish landmarks. She took further selfies of Panda Kennedy 10,000km (6,200 miles) away in her homeland as well as South Africa.

But a recent panda selfie taken of a jet she was about to board at Mauritius International came close to disaster. 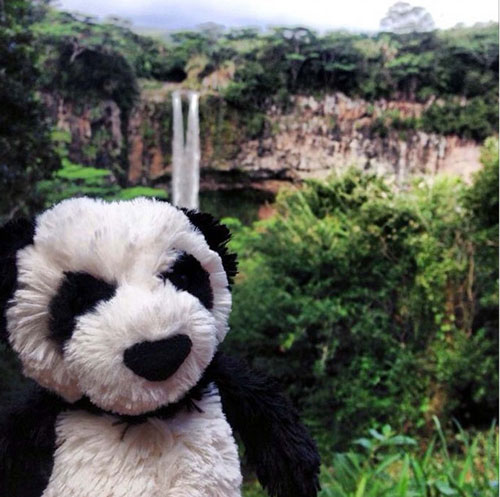 “It was such a beautiful view that I just knew I had to take a photo with Panda Kennedy,” she said.

“Suddenly, a very official looking man came over and sternly told me off, saying that photos were prohibited and it was a threat to security.

“There were no signs informing passengers of this. 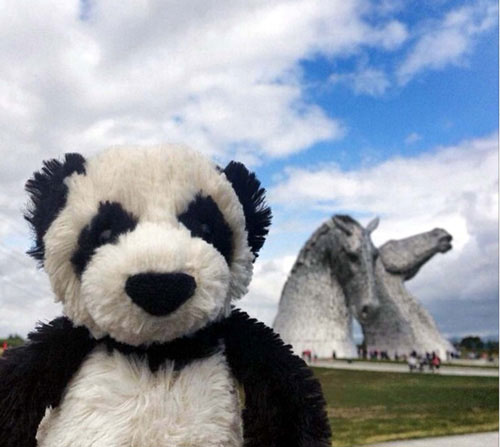 “I’m not sure what he thought I was going to do with a stuffed panda and a cellphone but he sure took his job seriously enough!

“He kept walking while he insisted on having a look at my phone. I had Panda Kennedy clutched tightly in my hand and he wanted to know what I was doing with him.

“My hopes of explaining my Panda selfie idea was probably not going to come across well. I moved away as fast as possible. He thankfully gave up.” 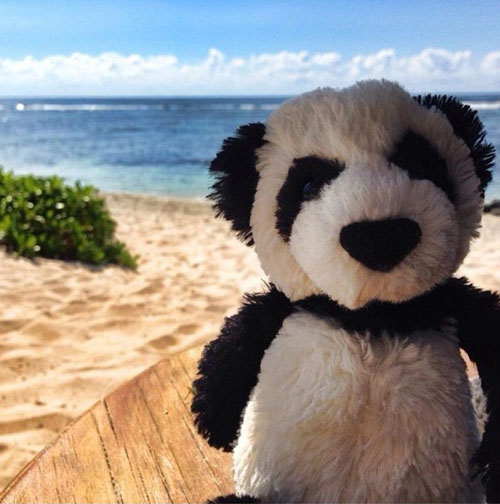 Panda Kennedy’s ‘selfies’ also include the Bass Rock off North Berwick, East Lothian, and the Falkirk Wheel. The Cascade Waterfall in Mauritius also features among the snaps.

She said: “His next adventure will probably be Kruger National Park or Cape Town. Some people give me strange looks when they see me holding a stuffed panda in the air in front of my phone!”

Nicole, whose parents are originally from Scotland, said that she has “loved” pandas since she was a little girl.

“I collect anything to do with pandas now,” she added.

People have dubbed the pictures, which were uploaded on social media, “amazing” and “very cool”.

A spokesman from the Mauritian embassy in London said: “Many airports across the world do not allow you to take pictures inside for security reasons.

“We have to prevent people from taking photos – there are terrorists all over the world.”

Michael grabs a bigger pizza of the street food action