SCOTLAND’S largest teaching union, the Educational Institute of Scotland (EIS), has warned the Scottish Government over any abandonment of its commitments to maintain teacher numbers and lower class sizes.

The EIS has written to Deputy First Minister John Swinney to raise its concerns over the terms of the local authority budget settlement, announced late last year, in which no mention was made of funding for the two long-standing policy commitments.

Early local authority budget statements indicate that education is poised to suffer more deep cuts this year; local authority group COSLA has already made clear its intention to further cut teacher numbers and increase class sizes and the Scottish Government looks to have opened the door to these education cuts in its budget settlement. 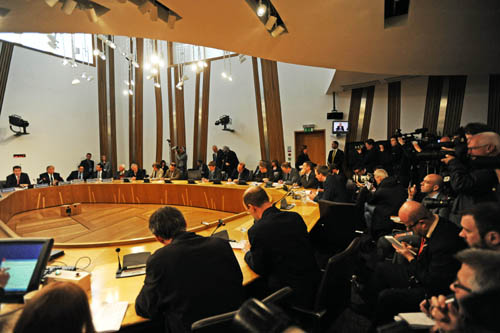 Commenting, EIS General Secretary Larry Flanagan said: “The budget settlement, which seemed to grant local authorities license to attack teacher numbers and increase class sizes, suggests that the Scottish Government is willing to abandon key commitments to Scotland’s pupils, parents and teachers despite its earlier protestations about accepting the importance of maintaining teacher numbers to ensure a sound learning environment and high-quality educational experience for pupils.

“We have already seen class sizes increase across Scotland – and that was with guarantees on teacher numbers in place.

“Now, with the potential removal of these protections, councils would be able to cut back still further on teaching staff numbers with damaging consequences for young people in our classrooms. The EIS has now raised these concerns in a letter to the Deputy First Minister.” 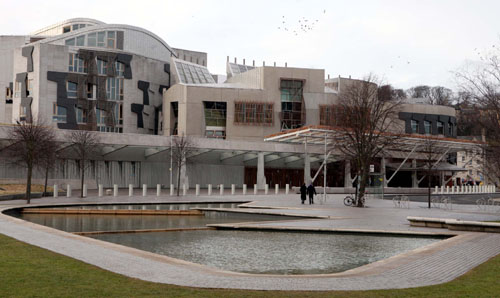 A number of councils councils have already reduced teacher numbers despite a supposedly binding agreement with the Scottish Government.

The biggest cuts were in Fife Council, where 67 teaching posts were lost, followed by Edinburgh Council which cut 63 teachers. The Scottish Borders, Dundee, South Lanarkshire and East Renfrewshire also made cuts.

Overall the number of teachers across Scotland has fallen by more than 250 to 50,824 in 2014 compared to the previous year.

The terms of the agreement between the Scottish Government and local authority umbrella body Cosla means the councils who made the cuts should have incurred financial penalties, estimated at around £10 million.

However, ministers have so far refused to impose the sanctions pending discussions on how local authorities are to be judged on educational performance in future.

Mr Flanagan went on to say: “The Scottish Government and COSLA can talk all they like about working to agree a new set of measures based on ‘educational outcomes’, but the fact of the matter is you cannot deliver outcomes without sufficient input – and that means investment to ensure there are sufficient numbers of teachers working with pupils in the classroom.

“You cannot will the ends without first providing the means. Mr Swinney has suspended sanctions whilst talks proceed but in the meantime local authorities have been building into their budgets swingeing cuts on teacher numbers, which will be almost impossible to pull back in the event of no agreement being reached.”

Mr Flanagan continued, “I believe that it is essential that the new Cabinet Secretary for Education, Angela Constance, asserts the importance of holding COSLA to its commitments on teacher numbers.”

He added, “Whilst the EIS is always willing to engage with both the Scottish Government and COSLA in a number of important discussions, including participation in the working group on educational outcomes and negotiations on pay and conditions through the Scottish Negotiating Committee for Teachers (SNCT), there needs to be a belief that the other sides are negotiating in good faith.

“The EIS will not be party to sham discussions which simply act as a smokescreen for cuts to teacher numbers to be made.

“Based on the budget settlement and statements from COSLA, it is difficult for teachers to see how the talks can be successful. Inevitably this may lead to discontent, an increased chance of potential dispute and calls for action in defence of education and the rights of pupils and teachers.”