NHS Lothian car parking staff will start wearing CCTV cameras from Monday (March 23).
A total of 25 cameras will be used across hospitals in Lothian, at a cost of £12,750.
Hospital chiefs hope the cameras, which are strapped to the front of the body, will act as a deterrent to drivers who become aggressive and abusive. 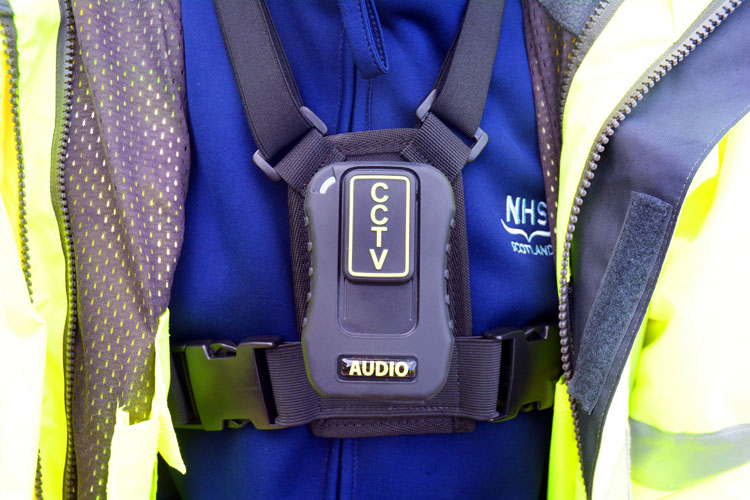 Staff working in car parks in the Western General, St John’s and the Royal Edinburgh Hospitals will wear the gadgets.

If the car parking staff feel threatened, they can turn on the camera which has a light to show when recording is in process.

Alan Boyter, Director of Human Resources and Organisational Development, NHS Lothian, said: “Some people seem to think that because no-one else is around to witness their unacceptable behaviour that they will get away with it.
“That will no longer be the case. We have a duty to protect our workforce.
“Any abusive behaviour towards NHS staff is completely unacceptable and we will do everything we can to protect our employees who are only doing their jobs as best they can and for the benefit of all.”
In 2013/14 the number of incidents recorded in car parks across Lothian stood at 81. That figure has risen to 141 over the last 12 months.

They include verbal abuse, assault, threatening behaviour, dangerous driving and violent behaviour.
One staff member was hit with a walking stick and another had a car driven at them.