JK ROWLING revealed the name of her new book today (Friday) – during a Twitter conversation with herself.

The author delighted fans by announcing she had finished her third novel in the Cormoran Strike series and had named it “Career of Evil”.

Rowling revealed the title was inspired by a song of the same name by Blue Oyster Cult, the US band of the 70s best known for the song Don’t Fear the Reaper.

The series is written under Rowling’s pen name Robert Galbraith. 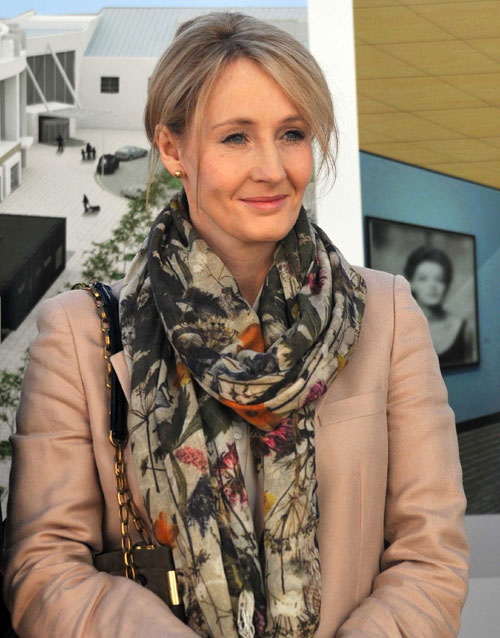 After hundreds of suggestions from fans poured in, Galbraith announced: “@jk_rowling It’s called Career of Evil.”

Fan Vishal Bagaria wrote: “You two are so funny.”

Rowling later told fans she was celebrating by having a “one woman party in her writing room”, accompanied by “half a mug of tepid tea, Ibuprofen for my back and a stale biscuit”.

When asked what she would do now the book was finished, she said: “1) have a drink. 2) visit a chiropractor and 3) start writing something else.”

She added: “Oh happy, happy, happy day…it’s the eleventh time I’ve done it and the joy never wears off.”

The Little, Brown Book Group UK confirmed they would be publishing the novel in August.

The series follows the life of a one-legged army policeman-turned-private detective and his secretary in London.

The first novel in the series, The Cuckoo’s Calling, and its follow up, The Silkworm, will be made into a BBC series later this year.