A PATIENT photographer captured the moment an acrobatic squirrel showed off its incredible moves.

After spending weeks searching for the elusive creatures, he decided to settle down in South Anfield Forest in Ladybank, Fife and wait for the animals to come to him. 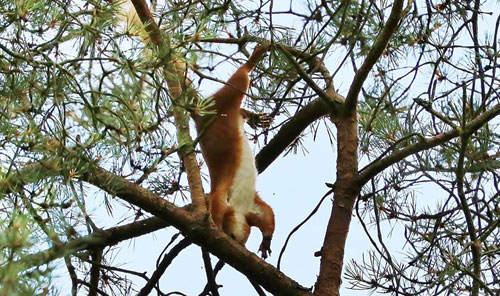 And his decision paid off – as he managed to catch high-quality shots of a cheeky chap as he flaunted his speed and agility.

One shot shows the squirrel desperately reaching for a higher branch, just out of reach of its small arms.

Another shows it leaping through the air as it climbs and scampers around the trees. 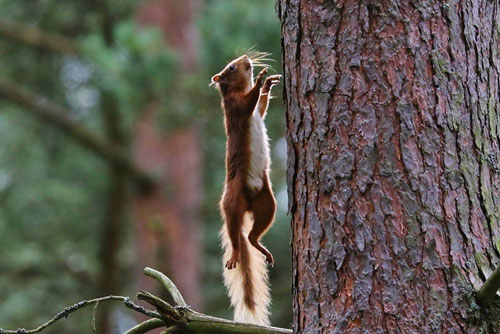 And a final snap shows the animal appearing to do a handstand on a branch, balancing on two hands with its legs and tail in the air.

Allan said: “I’ve been trying to get a picture of a red squirrel in Fife for weeks now, but they are quite rare around here.

“I was constantly walking around the forest but couldn’t find any so I decided to change tactic and wait for them to come to me. 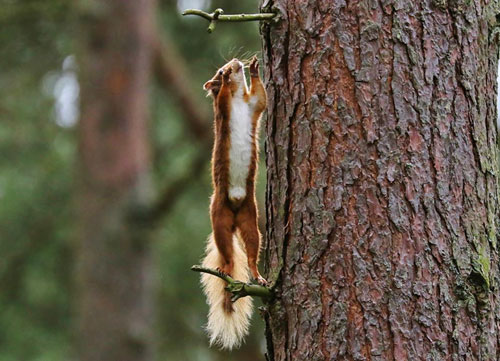 “It paid off and one began running up and down a tree – it was so quick.

“They are brilliant animals to watch. Luckily I had a good zoom so I could get the pictures from 30ft away and not disturb them.

“The secret is to sit and let them come to you.”