John McGinn admits his penalty miss against Brondby was the worst moment of his football career as he paid tribute to the 1000 Hibs fans who roared him off the pitch in Copenhagen.

The Scotland international was magnificent against the Danish giants, providing energy and class in the heart of midfield as the capital club claimed an unlikely 1-0 victory.

Cancelling out their defeat at Easter Road, that took the tie to a fraught penalty shootout to decide who would progress to a mouth-watering tie against Hertha Berlin. 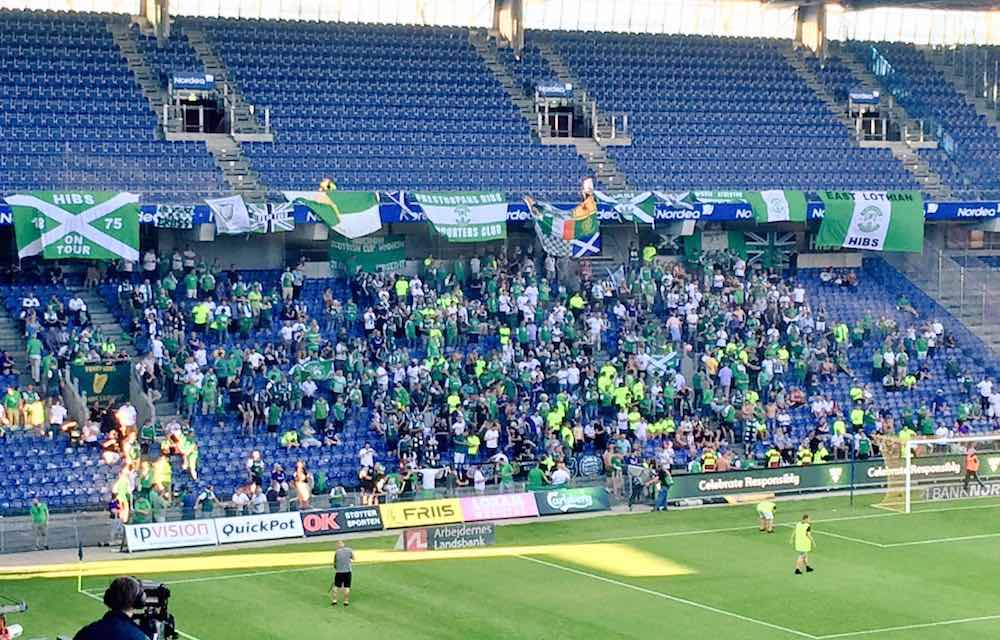 And, as is so often the case, one of the most impressive performers during the 120 minutes faltered from the spot, with goalkeeper Frederik Ronnow stooping to parry his tame effort as Brondby won 5-3.

And McGinn was unable to hide his heartbreak in the aftermath of Hibs’ exit.

He said: “I’m absolutely devastated. After the effort we put in, I’m gutted to be the one who missed the penalty and I feel for all the boys in the dressing room.

“I’ve got to pick myself up and move on but it really is a hard one to take. That is by far the worst moment of my career.

“I am always really confident when I hit my penalties, I wanted to go up first, like I did in the [Scottish Cup] semi-final, but the goalie has spooked me a little bit by moving before I hit the ball and that put me off a wee bit.

“I want to thank the fans for their support, chanting my name after Brondby scored their winning penalty. They supported me and supported the team all night and it was special from them.”

Indeed, a raucous rendition of ‘Super John McGinn’ was audible immediately after McGinn’s failed spot-kick, with the Scottish Cup-winning hero’s status as a fans’ favourite in no danger.

He continued: ‘It was a nice moment but, honestly, I’d much rather we had gone through and they were singing the name of one of the other boys who had scored a winning penalty.

“The fans represented the club brilliantly, they caused a racket from the warm-up and never stopped singing. They deserved a trip to Berlin and, although the boys can be proud of an incredible performance, I’m devastated we couldn’t get that next tie for them.”