Queen of the South striker Stephen Dobbie admits he plans to lead the Doonhamers to the Premiership after sealing a return to Palmerston Park.

The experienced marksman has joined up with Gavin Skelton’s side, seven years after leaving for Swansea City.

Joining from St Johnstone in January 2007, Dobbie scored 54 goals for the club and was part of the side that was defeated by Rangers in the 2008 Scottish Cup final. 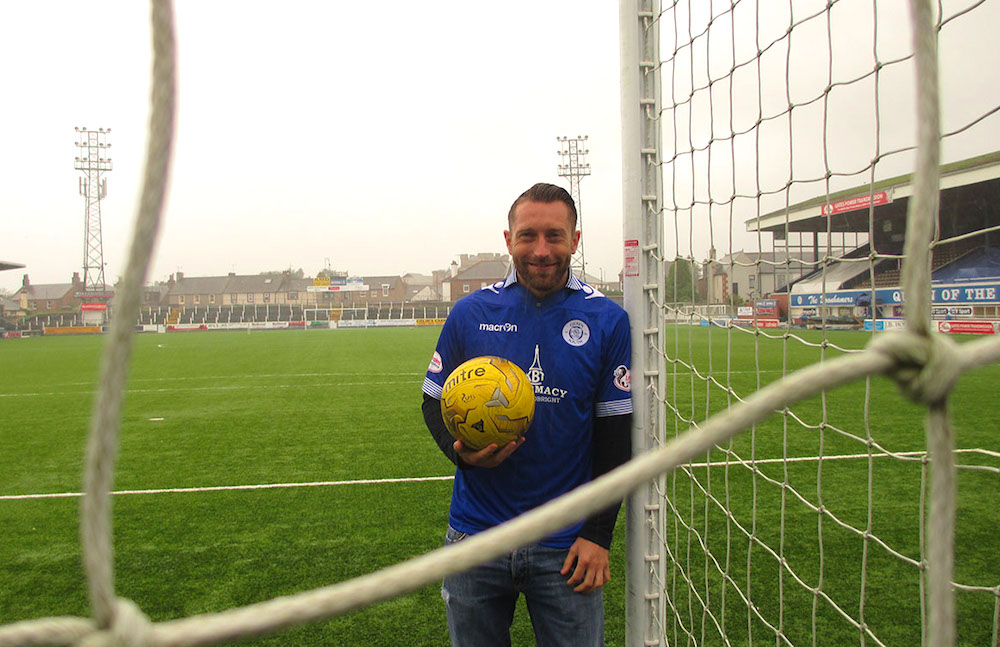 During his time in England, Dobbie helped both the Swans and Blackpool gain promotion to the English top-flight and he also turned out for Crystal Palace, Brighton and Fleetwood before playing under Neil Lennon at Bolton last term.

Despite competition for promotion from the likes of Hibs, Dundee United and Falkirk, the 33-year-old admits helping Queens reach the Premiership is his priority.

He said: “I’m here to try to finish something that didn’t happen the last time, and get Queens up.

“I love scoring goals and playing football, I’ve not come here to be fifth or sixth in the Championship. I’m coming here to help try to get the club to the play offs or higher.

“I had a really positive meeting with the manager and I can’t wait to get started.

“It’s good to get back to something familiar and somewhere where I had a good relationship with the fans.

“I had a few things in the pipeline but as soon as I knew Queens were interested it was just a matter of getting it done. I know what the club is about and hopefully the fans will be happy I’ve returned.”

St Mirren winger Lewis Morgan has been rewarded for his impressive start to the season after signing a new three-year contract at the club.

The 19-year-old has caught the eye in the Buddies’ Betfred Cup group campaign after starting matches against Livingston, Ayr United, Hamilton and Edinburgh City.

Morgan’s previous deal was due to expire next summer but manager Alex Rae has wasted little time in tying down the teenager on longer terms.

The playmaker is expected to start in tomorrow’s opening Championship match of the season against Renfrew rivals Morton.

A club spokesperson said: ”St Mirren are delighted to confirm that Lewis Morgan has signed a contract extension until May 2019.

“The winger, who is fast becoming a fans’ favourite thanks to his quick pace and direct running at opposition defences, made his first team debut in a Scottish Premiership match against Celtic on 27th September 2014 and has gone on to make 34 appearances to date, scoring 2 goals in the process.

“A regular with the under-20 side the last few seasons, the 19-year-old has grabbed his opportunity with some eye-catching displays so far this season for the first team which included a man of the match performance in the recent Betfred Cup tie against Ayr United.”