A STILL Game legend has started a bidding war for a piece of art depicting Jack and Victor with a pair of spray-on breasts.

The image is based on an iconic scene from the show where the pensioners have their coats vandalised after confronting a group of graffiti spraying youths. 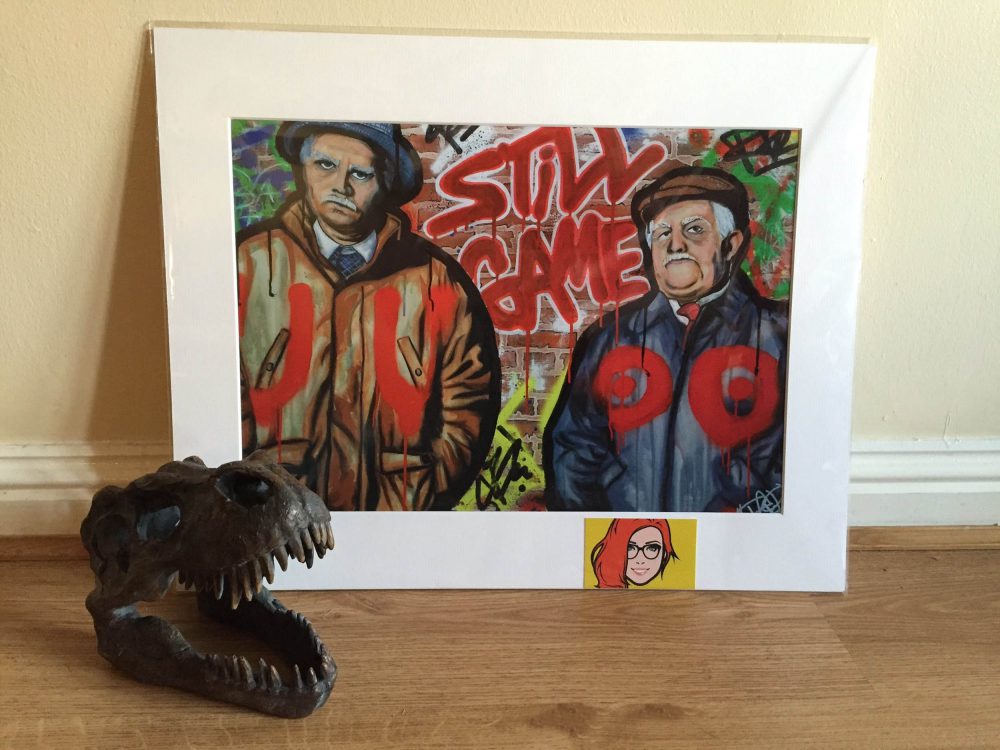 During the episode the duo end up the laughing stock of their local pub, The Clansman, after popping in for a pint after the incident.

The piece itself shows the notorious pair stood in front of a stone wall, looking downtrodden with their womanly additions.

It was originally meant to be used as a charity raffle prize – but Kiernan started bidding on the print after spotting it on Twitter.

Barman Boaby, played by Gavin Mitchell, also weighed into the conversation but wasn’t too keen on the purchase, writing: “Why would I want a pic of Lambert & Butler.”

She said: “It was initially meant to be one of the raffle prizes but Ford seen it and started off what could be the start of a bidding war.

“I handed it to the Run Beard Run guys to raise money for charity because everyone loves Still Game, don’t they.

“The print was based on an original painting I did a couple of years back for a Glasgow street artist show.

“I had the idea of the guys stood in front of the graffiti wall with the spray paint on them, similar to the scenes in the show.

“After the show it got a bit crazy and everyone was after prints of it.

“I absolutely love them and have done a few commissioned pieces for fans including a guy who lived in France. He had a giant Jack and Victor in one of his rooms.

“I’m just really happy to be involved in it all.”

Cast member have been spotted across Glasgow filming scenes for the highly anticipated seventh series – the first in nine years.