A REMARKABLE video shows the moment hundreds of uniformed servicemen joined forces to do pushups at Edinburgh Castle.

Over 220 piper and drummers from across the world teamed up with Scottish firefighters to film themselves taking part in the “22 Push Up Challenge” yesterday.

During the two minute clip, rows of troops are shown lining up on the ground in full uniform including berets, heavy jackets and military boots.

Major Steven Small, director of Army Bagpipe Music and Highland Drumming, starts the challenge by saying: “The Mass Pipe and Drums of the Royal Edinburgh Tattoo would like to show our support to those serviceman and women who are suffering from PTSD.

“The 22 press up challenge is now going to be conducted by the 220 members of the mass pipe and drums 2016 Royal Edinburgh Military Tattoo to show awareness. We are on your side.” 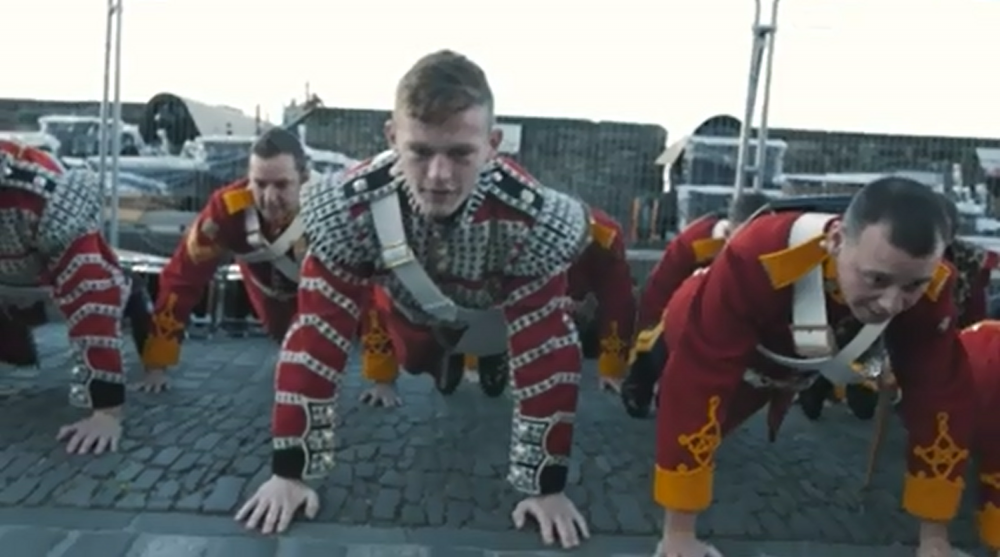 He then shouts “right here we go” before removing his beret to join the hundreds of service personnel taking part.

As the camera spans out, Edinburgh Castle and a fire engine are shown in the background.

Another man can be seen pacing up and down while directing his colleagues by shouting “all rise, one, all rise two…”, until the 22 push ups are over.

The presenter then comes back into view honouring those with PTSD, saying: “So all serviceman and women around the world who have suffered this terrible condition, we are on your side.” 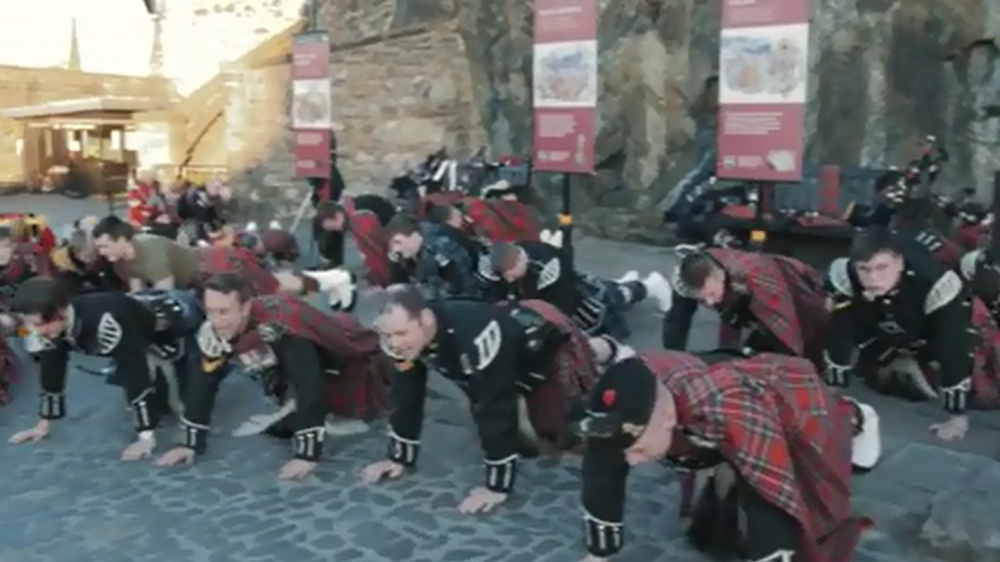 The clip has already been viewed more than 280,000 times in less than 24 hours on the Royal Edinburgh Military Tattoo Facebook page.

And hundreds of messages of appreciation have been left from impressed viewers.

Gary Murdoch said: “Hats off to you all. Well done.”

And Lionel Box wrote: “Great effort to do this with plaids” 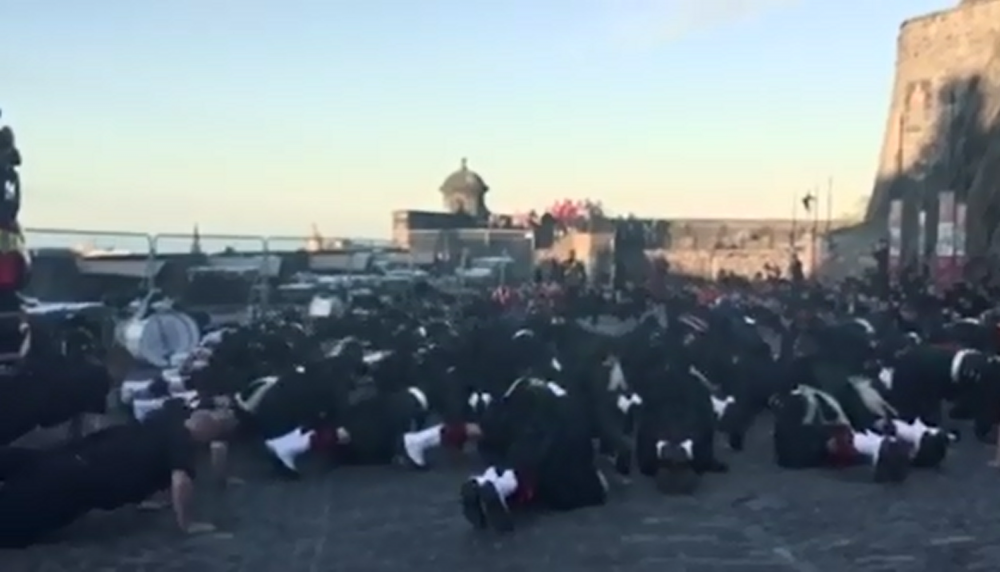 Supporters from across the globe started taking part in the 22 Push Up Challenge earlier this year after US ex-military charity, Honor Courage Commitment created the challenge.

Studies into mental health and the military had discovered that 22 veterans take their own lives every single day – meaning one every 65 minutes.

The mission sees supporters filming themselves doing 22 push ups for 22 consecutive days while challenging three other friends to take part each time.

They then upload the video onto social media including details of how to donate to charities supporting veterans with PTSD.

Brigadier David Allfrey, Chief Executive and Producer of The Royal Edinburgh Military Tattoo said: “Combat Stress, the veterans’ mental health charity, is very close to our hearts here at the Tattoo and since 2000 we have donated over £80,000 directly to them.

“This year, the charity became involved in the 22 push up challenge to help raise awareness about this important cause

“Last night, 220 Tattoo Pipers, Drummers along with Edinburgh Fire Service personnel, showed their support to those service men and women suffering from PTSD. As Major Small says in the video, we’re on your side”

Veterans with PTSD may be at higher risk of diabetes