ASTONISHING footage shows a pensioner’s car mounted on top of another vehicle after the driver mistook the accelerator for the brake.

The incredible clip captures the aftermath of the crash which seen the elderly woman reverse through a hedge before ending on top of the parked vehicle.

As the camera shows several police officers and an ambulance in attendance, Alan Hutchinson, who captured the video, can be heard saying “shocking parking”.

The elderly driver, said to be 81-years-old, had tried to reverse out of a parking space in The Quay restaurants car park in Dumbarton, West Dunbartonshire on Monday afternoon.

But disaster struck when the confused driver put her foot down on the accelerator instead of the brake – reversing at a speed believed to be around 30mph.

The whole front bonnet of the parked silver car is shown completely destroyed as the driver’s two back wheels perch on top of the front windscreen.

Images taken after the incident show the shaken up driver sat on a chair beside the two vehicles while being consoled by police officers.

Since being uploaded on Facebook on Monday the video has been viewed more than 26,000 times. 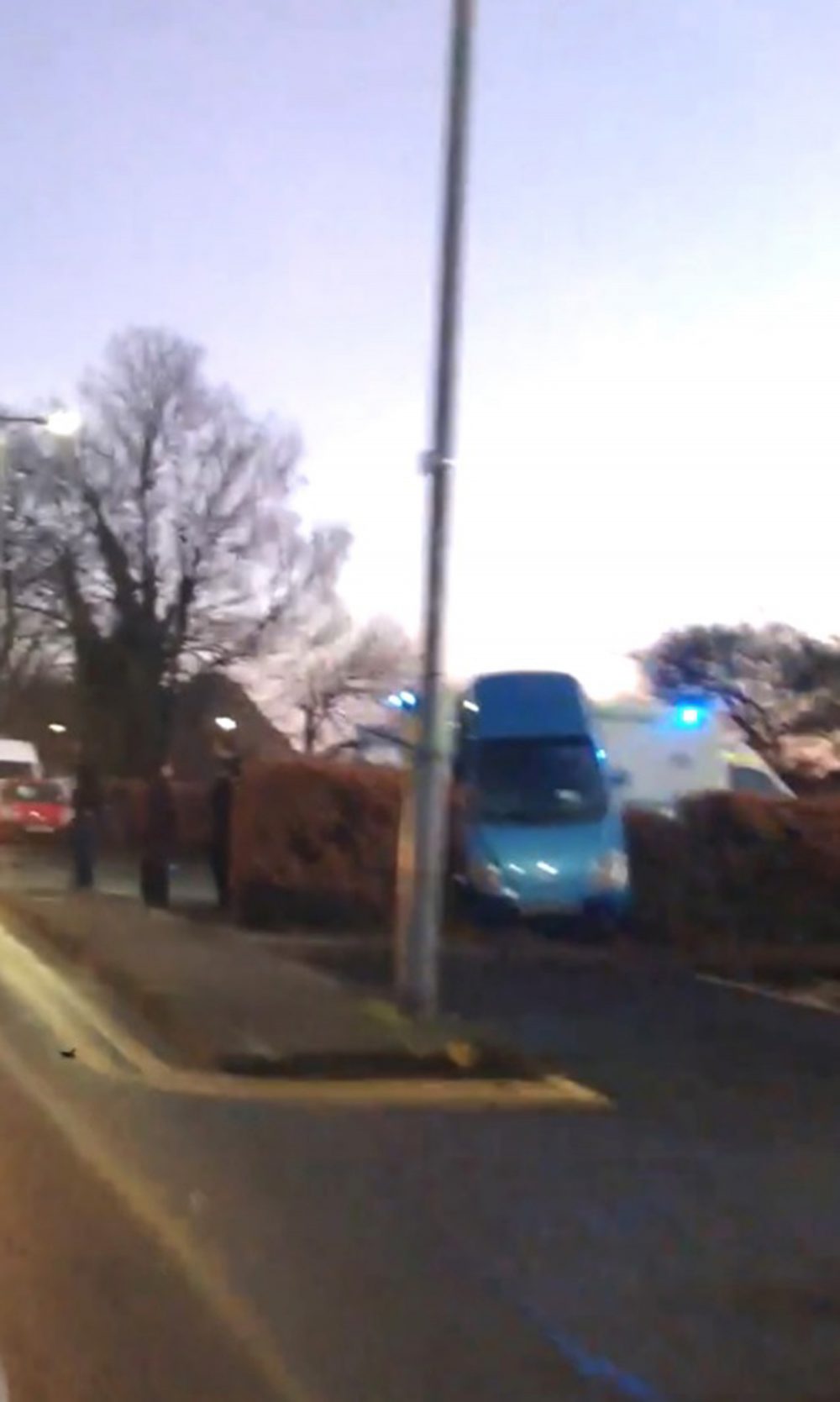 Alan Hutchison, who took the footage, wrote on Facebook: “Absolute belter. Woman reversed what looks like about 30 mph went through the hedge and onto the other car.

On Tuesday he added: “I do feel bad for her but glad she’s ok. Just was mental seeing a car basically on top of another like that lol. I also feel sorry for the person who parked behind her.”

Hundreds of humoured viewers have taken to the post to express how shocked they are that anyone could get their car in that situation.

Pamela Diamond said: “How can that even be possible?”

Marie-Claire Lindsay wrote: “I heard there were plans for a multi-storey car park in the high street, but didn’t realise it was so soon.”

And Shirley Black said: “I was already buckled at something else and this has just finished me off! Today can finish now, nothing can top this.”

A spokesman for Police Scotland said: “The police responded to a report of a two vehicle road traffic collision on Riverside Lane in Dumbarton on Monday 19th December.

“No one was injured as a result and there was no criminality involved.”