RESIDENTS of an English village have objected to plans for a nearby whisky distillery – because it looks too “Scottish”.

A £4m distillery is set to be built in Princetown, Devon, which would be the largest in the UK outside Scotland.

The designs show the distillery in the Dartmoor National Park with a pagoda-style roof used throughout the industry north of the border.

But angry locals have told the architects to think again, complaining that “Princetown is not Scotland”. 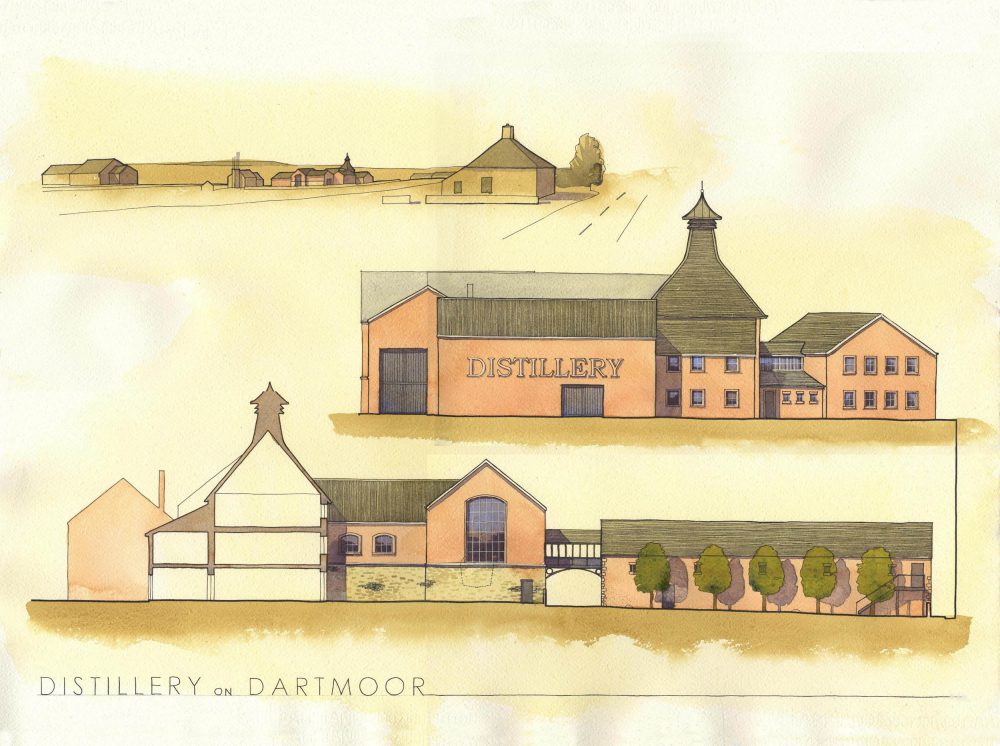 The site has been chosen by distillers because of its high rainfall and low temperatures, which are ideal for whisky production.

The design incorporates the distinctive, curved pagoda found at numerous Scottish distilleries including Dalwhinnie in the Highlands and Laphroaig on Islay.

The parish council covering Princetown was given an opportunity to comment on the plans at a meeting on Friday and many locals vociferously objected to the sheer Scottishness of it.

Alison Green complained: “The pagoda whilst typical to Scottish distilleries is not typical here and inappropriate to a building in Princetown or anywhere on Dartmoor.”

Another person, known only as D Spence, wrote a letter of objection, stating: “Even the architect for the distillery said the design of the high tower and general appearance of the property is purely cosmetic and in keeping to a traditional Scottish distillery.

“Well Princetown is not Scotland and the looks are not in keeping to the local area. I fear further growth once initial distillery is built which would impact further turning Dartmoor into an industrial area.”

Another objector wrote: “The building design is based on traditional Scottish distilleries as we were told at the council meeting.

“There is nothing in the cultural history of Princetown connected with whisky distilling, although it does harbour a stinking eyesore of a brewery that does nothing to enhance our Dartmoor village, so perhaps a lesson could be learnt from that aberration.

Despite the outcry, the parish council approved the scheme.

Gareth Roberts, Director of Organic Architects, who submitted the plan, said: “There is a character of distilleries to conform to We came to the conclusion that a traditional whisky distillery was best – we wanted to make it look pretty and not like a warehouse.

“The square plan is topped by an iconic pagoda roof which forms a new landmark feature. This style of roof form originally vented malting kilns and has come to typify distilleries around the world. The creation of an attractive pagoda roof is therefore an appropriate feature for this building typology.”

Graeme Bowie, Distillery Manager at Tomintoul-Glenlivet Distillery, in Ballindalloch, Speyside, said the pagoda was not actually a Scottish feature, but was originally used on distilleries for practical reasons.

He said: “I wouldn’t say pagodas are traditionally Scottish – you get them in Japan for example – they are more of a feature of whisky distilleries generally.

“They were used when distilleries used to malt their own barley. They acted as a ventilator. Some would come out on different levels, and this produces the smokiness of the barley.

Once operational, the Dartmoor distillery would be capable of producing around 400,000 litres of pure alcohol per year but Mr Bowie said that the creation of a major distillery outside Scotland would not challenge the Scotch whisky industry.

He said: “It’s a good thing to have new distilleries, but it will never compete with the Scotch whisky industry.

“The Scotch industry had been around for 250 years.”