MCDONALD’S have been branded as “thick as a box of bricks” after releasing a St Patrick’s Day video – showcasing Stonehenge and Scottish bagpipes.

The fast food giant has been getting trolled from hundreds of offended users since the epic fail was posted on Twitter yesterday.

The chains’ US account shared a video promoting its ‘Shamrock Shake’ product ahead of St Patrick’s Day next Friday.

But instead of including of making reference to Ireland, the hilarious clip included mainly references to Scotland and England.

The ten-second-clip, titled “instrumint”, shows a ginger man, wearing a tartan bunnet and blowing into the straw of his Shamrock Shake drink as if they were bagpipes.

Despite online criticism the food chain have kept their video on their page and have failed to respond to any messages.

In the background, numerous images pop up including a stunning shot of Stonehenge – known to be located in Amesbury, Salisbury.

Bagpipes played in Irish music are commonly known to be played sitting down and don’t require to be blown into. 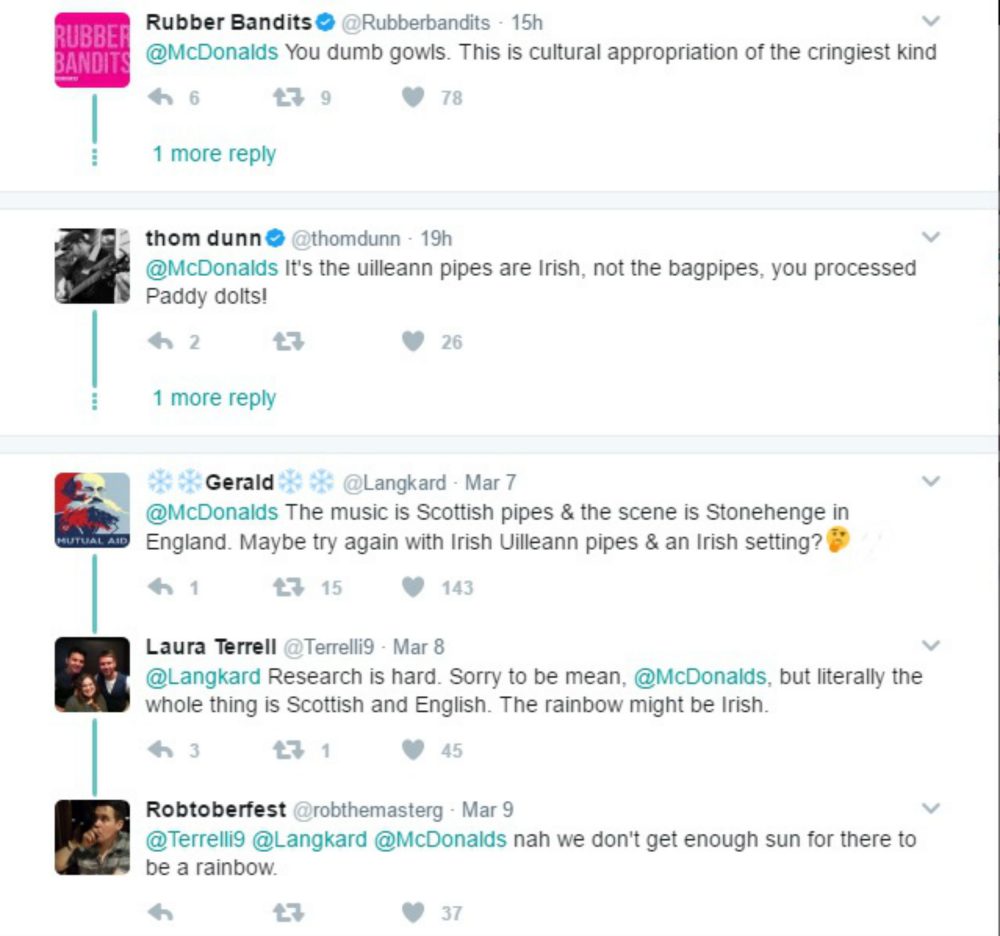 Hundreds of users have taken to the video to point out the epic advertising fail with some even saying the person responsible should be sacked.

Irish comedy hip-hop duo, The Rubberbandits from Limerick in Ireland said: “You dumb gowls. This is cultural appropriation of the cringiest kind.”

Laura Terrell? said: “Research is hard. Sorry to be mean but literally the whole thing is Scottish and English. The rainbow might be Irish.” 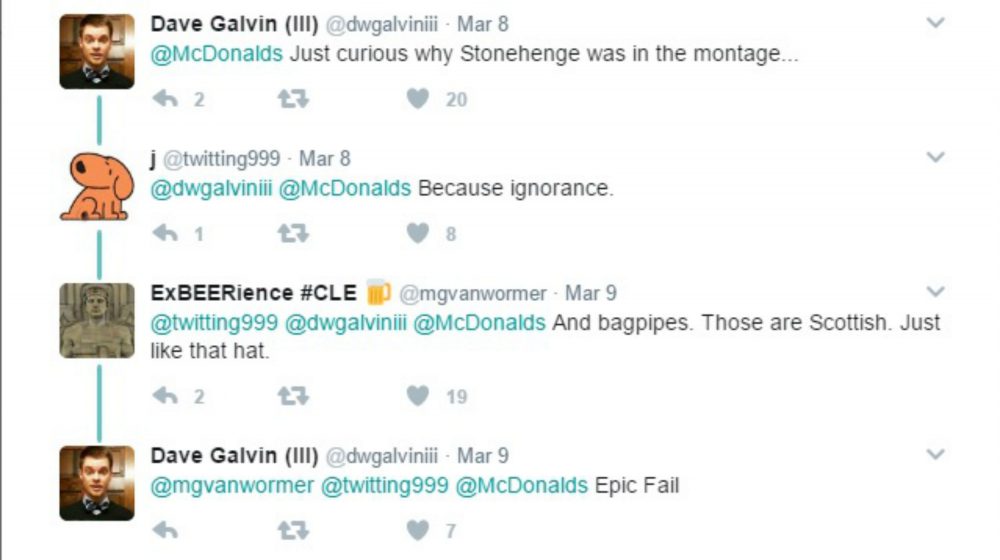 “PS. And nuggets for my leprechaun advisor.”

A McDonald’s spokesperson said: “The Shamrock Shake is a much anticipated spring tradition at McDonald’s leading up to St Patrick’s Day.

“We acknowledge that our recent social media creative missed the mark and we apologise to those we may have offended.”