Hughes had questioned his side’s quality and character, and blasted his ‘fragile’ players for ‘hiding’ in their 4-0 hammering from Dumbarton.

However, Barr, who worked under Hughes at Livingston, insists the Stark’s Park outfit needed to hear the harsh criticism as they face up to a relegation battle. 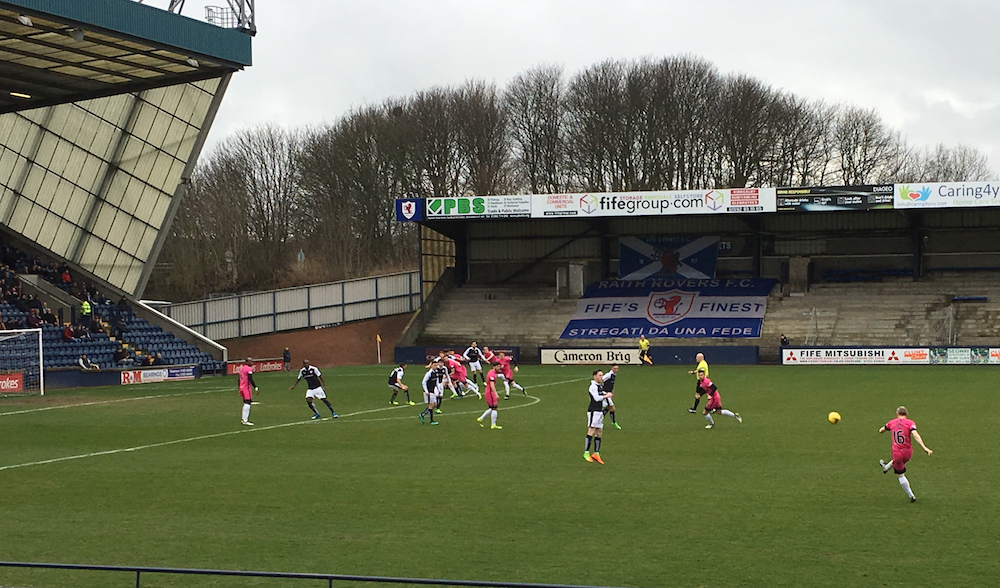 The 29-year-old nodded in Rovers’ opener and later hit the post with another header as the Kirkcaldy men earned a vital three points with a 2-1 success.

Barr said: “I’m happy with the goal and the win. It’s always good to contribute and to get a win makes it even better.

“Last week was terrible and we were embarrassed. You can’t forget about results like that.

“Everyone who knows the manager, especially myself who has worked with him before, knows that you get brutal honesty from him. Sometimes you’ll like it and sometimes you won’t.

“As players, you can’t be pampered and have the cracks papered over. Sometimes you need to hear the truth. We just need to take it on the chin.

“To be honest, I don’t disagree with what he said. The truth sometimes hurts and it maybe gives us a kick up the backside.

“I’m just glad we reacted to it and hopefully we can kick on.”

Saturday was just Barr’s eighth appearance of a season blighted by a hip problem that required surgery.

But he has revealed that did not stop goalkeeping coach Wayne Henderson from joking about the defender’s lack of goals this term – banter Barr was delighted to throw right back at him after his 41st-minute breakthrough.

He added: “Wazza, the goalie coach, had a go at me on Saturday morning, saying ‘you’ve not scored this season’.

“He was on my case, he called me out, so I was just happy to ram it down his throat.

“After I scored I was running over to Wazza, just to rub it in and let him know not to question me again!”