FACEBOOK have admitted they were tricked by a “malicious advertiser” into carrying a fake news post that Sir Paul McCartney had committed suicide.

The shocking post appeared on Facebook feeds across the world claiming that the former Beatle had taken his own life.

Shocked social media users who clicked on the post were taken to a phishing page which claimed their computer was infected and gave a freephone number to call. 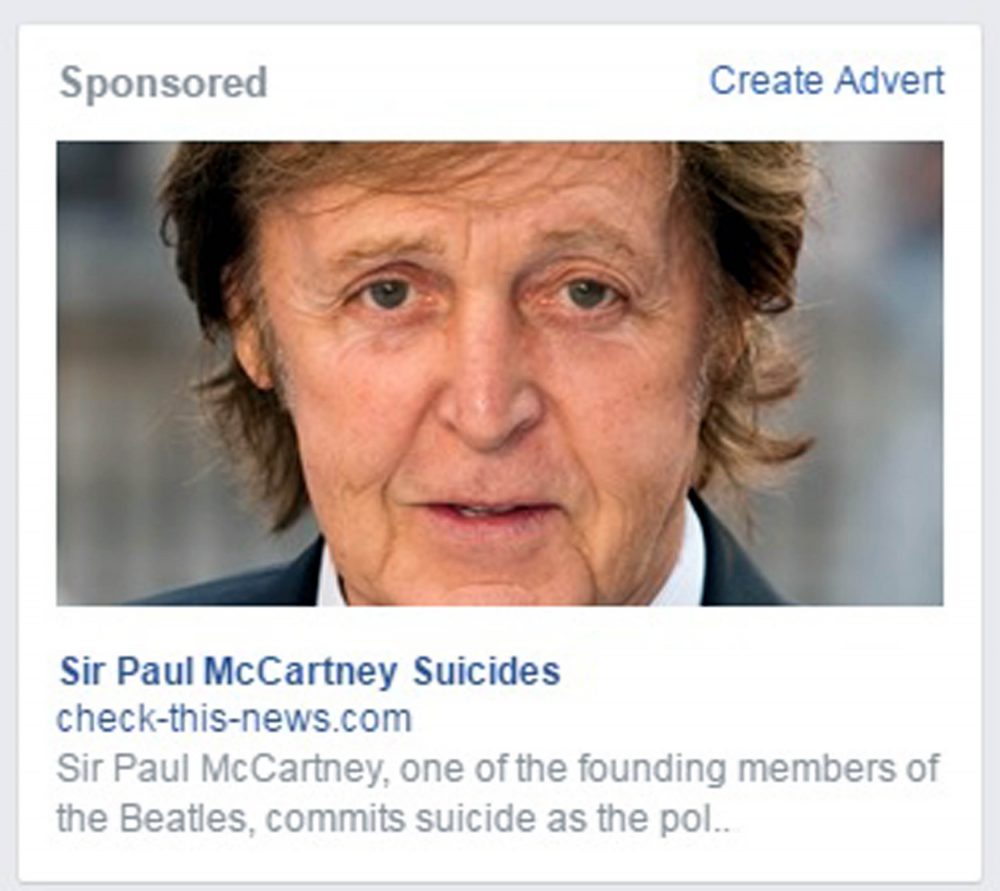 The number took them through to “Microsoft technical support” but Microsoft confirmed today that the so-called experts on the other end of the line are scammers.

The fact that Facebook was tricked into carrying such a shocking phishing ad will increase concern that the social media giant is not doing enough to police the content on its site.

The firm is already under fire over its alleged failure to act after inappropriate content – including material posted by terrorist sympathisers – is flagged up. 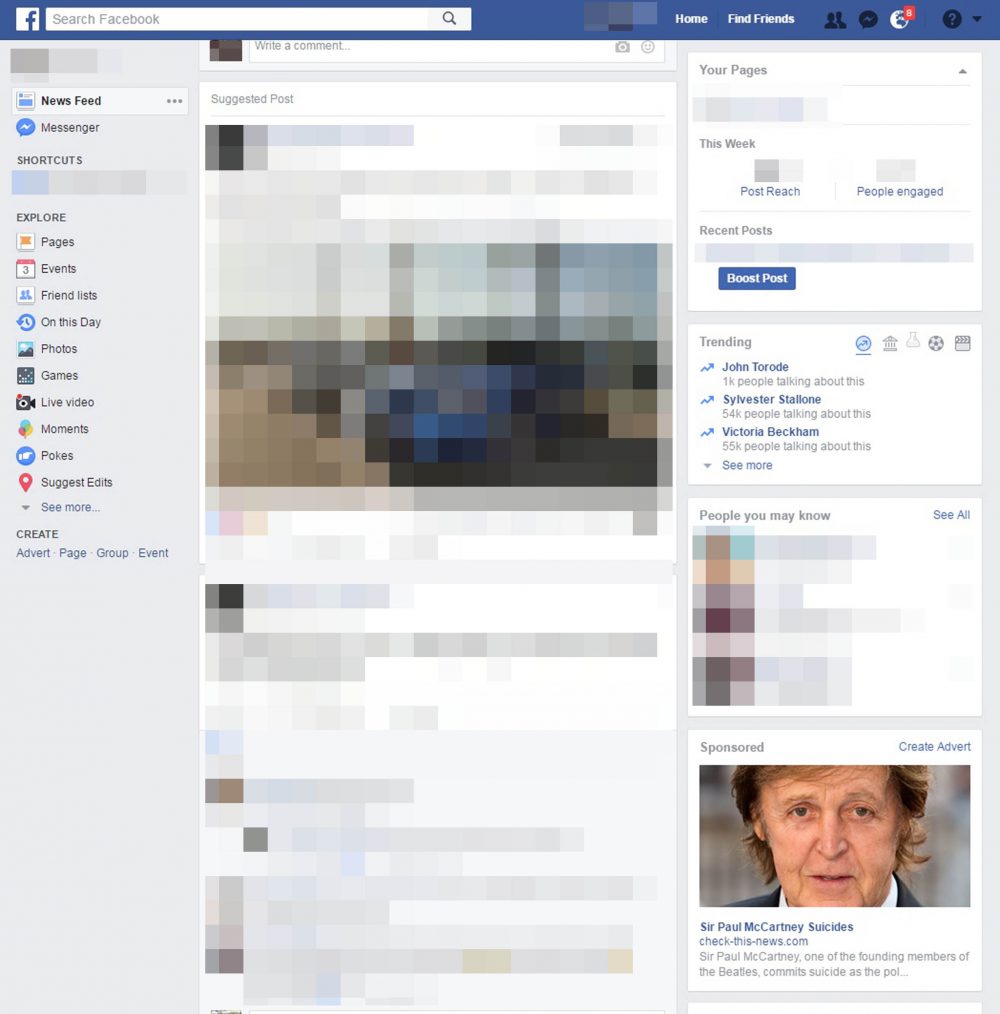 The post appears in the usual advertising slots at the side of the Facebook homepage with a picture of the star captioned “Sir Paul McCartney Suicides” followed by a link to the supposed article.

The “check-this-news.com” link takes users to a phishing page warning their computer has been blocked and providing an 0800 number.

The call is answered by scammers who then try to obtain personal information.

A Microsoft spokeswoman said: “That sounds like a scam to me as we would never contact our customers in that way. They are probably using the Microsoft name to lull people into a false sense of security but it definitely has nothing to do with our company.”

Facebook said in a statement: “We take immediate action when we discover advertisers attempting to serve misleading links to people.

“In this case, the advertiser maliciously circumvented our advertising review process. In subsequent reviews we identified the advertiser and disabled their ads and account.”

Facebook announced last January that they would be policing fake news in order to “better identify and rank authentic content.”

In 2016, the BBC launched an investigation that found that “pedophiles were using secret groups on Facebook to post and swap sexually suggestive images of children which led to one man receiving a four-year prison sentence.”

One year later, the BBC decided to follow up their investigation and found 100 images of similar inappropriate content.

The BBC then used the “report button” that Facebook provides for moderating content and found that 84 of the images were not taken down as an automated response said they did not breach “community standards.”