NEW pictures from the set of Gerard Butler’s latest movie show the screen hunk has put on plenty of bulk to go with his bushy beard.

The 47-year-old is renowned as one of the sexiest actors on the planet but recent photos have revealed not only a dishevelled beard but also a larger waistline than usual.

One fan wrote: “He’s a chunky monkey. More to hug.”

The Glasgow-born star was famed for his ripped torso when he starred as a warrior king in “300” but was a million miles from that as he filmed scenes in Mull of Galloway.

Wearing a large overcoat and vest, Butler looked noticeably fuller in the face and his six pack appears to have been replaced by middle-aged spread.

Butler is in the south west of Scotland to film Keepers, which revolves around a story from the 1900s where three lighthouse keepers mysteriously disappeared during a storm.

The snaps were taken yesterday by photographer Rose Fairley, who said: “Mr Butler has had to pile on the pounds for the part he is playing in the movie but his smile is unmissable. It’s not clothing as you can see it in his face.”

She added that the star was charming locals despite the pressures of filming.

“He’s always got a smile for people and happy to stop for photos with everyone,” she said.

“The film crew are always very busy. Surprises me how much time and effort goes into making a movie. They work all hours.

“Last night up at the Mull Of Galloway they were working late into the night with lighting so bright that locals were wondering what the big bright light they could see from miles away was as it far out shone the light house.”

“It’s nice to have famous people in the area and they seem to be enjoing the beauty of our stunning wee part of Scotland and with Mr Butler coming, it was paradise.”

Other Butler fans were quick to react to his fuller figure in the pictures on social media. 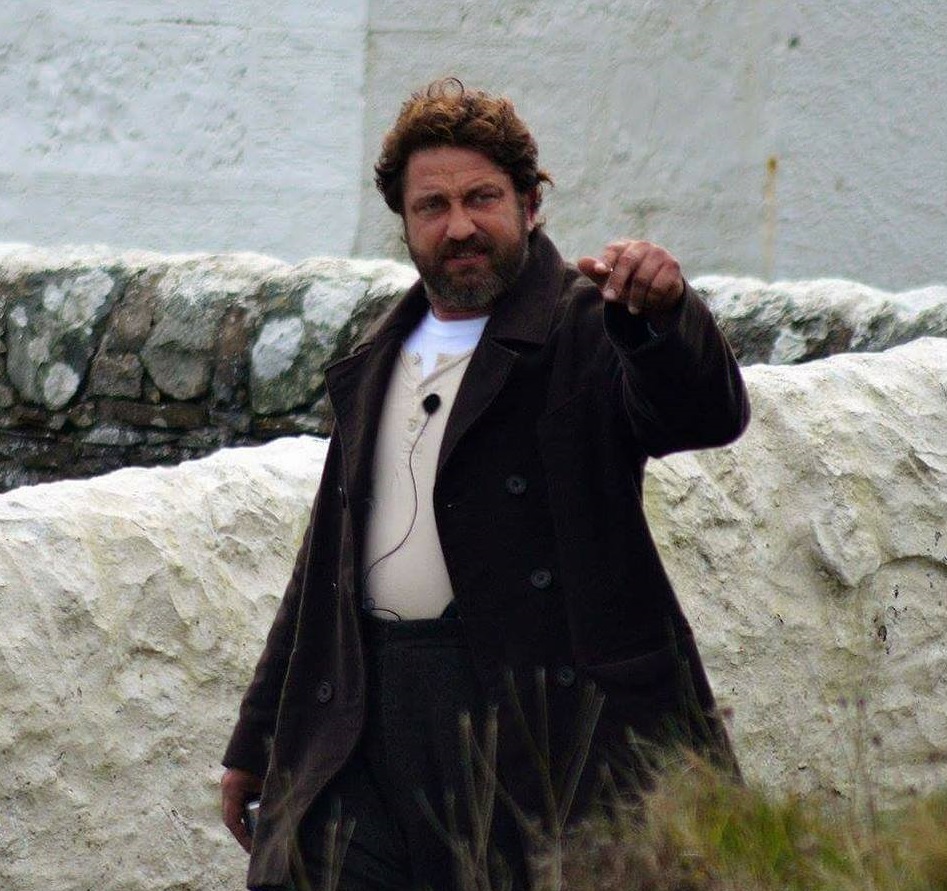 Sally Taylor-Crouse wrote: “He looks so heavy, is this for his role? Would never recognize he was the same person at all.”

Keepers explores the mystery of lighthouse keepers Thomas Marshall, James Ducat and Donald MacArthur who vanished during an extreme storm.

Their bodies were never found which sparked debate about what may have happened to the men.

Butler will star in the upcoming thriller alongside fellow Scots actor Peter Mullan.

Share
Facebook
Twitter
Pinterest
WhatsApp
Linkedin
Previous articleCraig Sibbald puts decision on future on hold as he bids to steer Falkirk to promotion back to Premiership
Next articlePaddy Power under fire after cancelling £21,000 bet payout