The Rovers kids claimed the Development League East crown on Tuesday evening with a 2-1 win over Livingston, with goals from Ryan Stevenson and Andreas Thorsen securing victory to give them an unassailable lead over nearest challengers Berwick Rangers.

Former Dundee United star Easton tweeted: “So proud of this team! They deserve this for the hard work they put in every single day. Well done boys.” 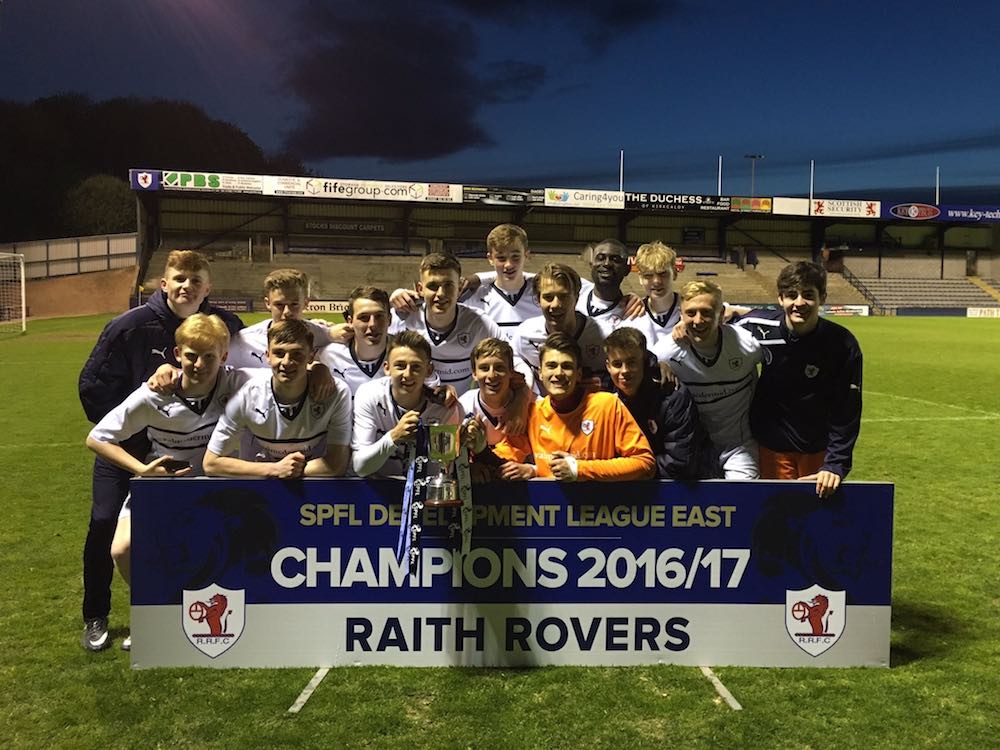 Chief executive Eric Drysdale and manager John Hughes have both spoken of their desire to create a conveyor belt of talent in Kirkcaldy and it is hoped several players from this trophy-winning generation could make the step up.

The likes of Jonny Court, Yaw Osei, Kyle Bell and Stevenson are among those who have already been involved in the first-team squad this season.