A HILARIOUS image has shown a Vietnamese bar with a favourite Scottish insult graffitied across one of its tables.

It may be almost 6,000 miles from home but Scots have clearly infiltrated the Spy Bar, in the Vietnamese capital of Hanoi, where “Yer Da Sells Avon” is scrawled across one of the tables in correction fluid.

And Scots reacted with delight after the image was shared on Reddit’s Scotland page, by user Scottaayy, with the caption: “Found this in a bar in Hanoi.” 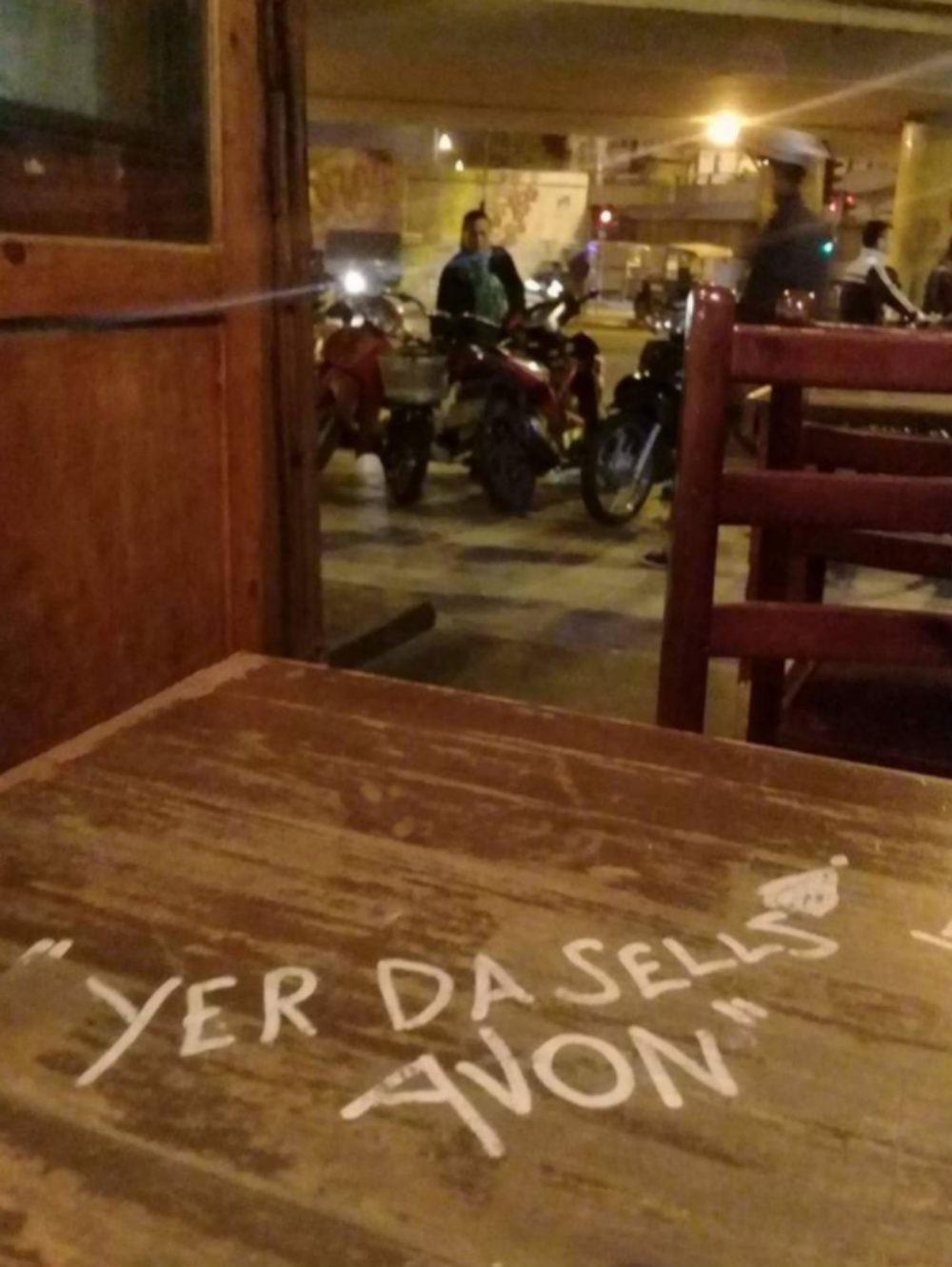 One user known as Luath said: “Every table in the world should have this on it.”

Whilst a user called Asiatrails said they regularly left the phrase graffitied on their travels, saying: “Left it on a few in the past, Saigon, Sydney, Montreal, Hong Kong (near the Bruce lee statue), Kuwait, Bagdad, N’Djamena, Luang Prabang, and many others.”

Hypno_disk wrote: “Nothing better than seeing fellow Scots abroad. There’s a very strange fish outta water feel about it. Hanoi is also a beautiful city according to friends who’ve been.”

Whilst MawsBaws added: “We were in a pizza place in Marrakech last night and someone had written it on the ceiling . We were p** ourselves.”

This is not the first time the phrase “Yer Da Sells Avon” has been seen or heard in an unexpected location.

Last August, US band Fall Out Boy surprised their millions of fans worldwide by tweeting the phrase from their official account, after falling foul of hackers.

And in December, a hilarious video showed that a computer expert had trained his Amazon Echo to reel off classic Scottish insults, including “Yer Da Sells Avon.”

Then in January, a spoof Aberdeen FC Twitter account claimed that the club had signed a Turkish midfielder called “Yerdas Selzavon.”