But Graeme Cowie – who dubbed youngsters Buster Phukzalot, Dirk Peachybutt and Muff Muncher – will have to obtain a regular “report card” to prove he’s behaving. 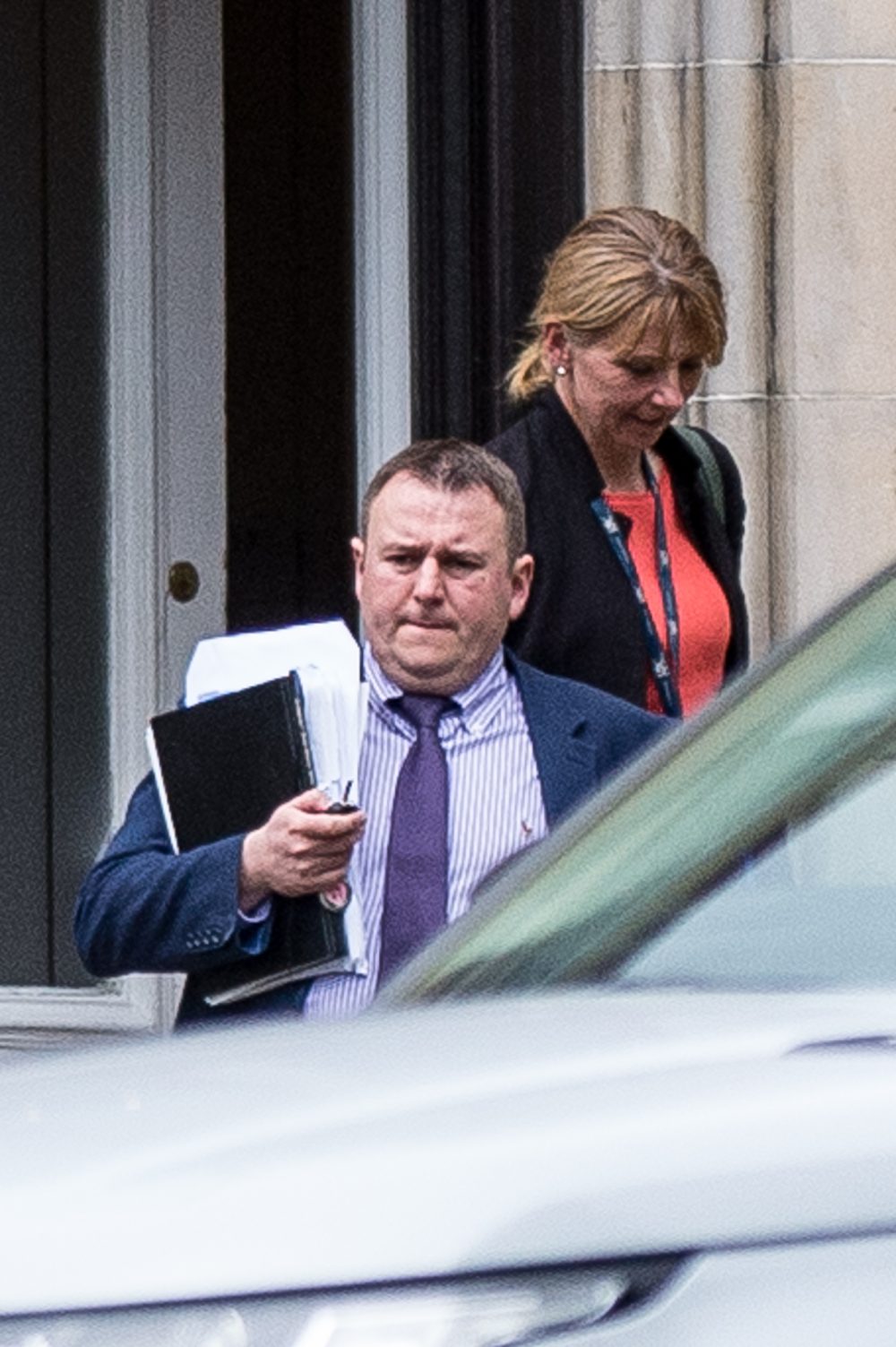 Mr Cowie, watched in stony silence by appalled colleagues, told his audience of chortling teenagers a joke about golfer Tiger Woods struggling to keep his “wood in his pants”.

The General Teaching Council for Scotland (GTCS), following a hearing in Edinburgh, decided his antics were an “isolated” incident and “entirely out of character”.

However he will be required to give details of the hearing to future employers and submit three report cards from his boss reflecting on his conduct for a year.

In its written report, the disciplinary panel rejected Mr Cowie’s explanation that he thought at the back of his mind he was addressing the pupils as adults when he made the speech.

The panel stated: “The use of such language and content in a speech would not be appropriate in any professional context even with adults and the Respondent had accepted this when questioned.”

They added: “The Respondent’s use of sexualised language demonstrated a level of over-familiarity with pupils. The Respondent had failed to respect the trust placed in him as a teacher by pupils, parents and colleagues.

“The conduct demonstrated a significant departure from the expectations on the Respondent as a teacher to protect and maintain appropriate boundaries with pupils.”

But the panel rejected striking off and instead imposing a reprimand and 12-month conditional registration order.

This was because “the matter had been admitted, the Respondent had reflected on the matter, shown genuine remorse and taken steps to address his shortfalls”.

The panel added: “The matter was an isolated incident, there was a low risk of recurrence and there was evidence attesting to the good character and history of the respondent.”

Mr Cowie’s conditional order requires that in October 2017, February 2018 and May 2018: “You must provide GTCS’ Fitness to Teach Department with written reports from your Head Teacher or local authority line manager confirming that no adverse issues have arisen related to your conduct or behaviour in that period. In particular, the reports should comment on your relationships with pupils and colleagues.”

During the hearing, Angela Wotherspoon, deputy rector at Mearns Academy, explained that Mr Cowie was at the time acting head at another school but was invited back because he had spent much of his career at Mearns.

She said: “He went on to say how Pupil B had wet himself in S1 drama class. I could see him cringing.

“The pupils were lapping it up. Pupils were reffered to as Dirk Peachybutt, Buster F***salot. I was anxious but I didn’t want to cause resentment by stopping it.

“I thought if I did stop it, pupils might get their phones out and I didn’t want to highlight it and give him legend status.”

He said: “Emotion, ego and arrogance took over that evening. I’m so disappointed my maverick speech came to this.

“After struggling to get my words out, the mechanism of humour, my ego, got in the way. I lost control of the situation. The showmanship was totally inappropriate.

At the time of the speech, Mr Cowie was acting headteacher at Inverurie Academy, Aberdeenshire. He had left Mearns Academy five months earlier.

After the speech, Mr Cowie was suspended pending an investigation by Aberdeenshire Council.

He is currently working as a depute rector at The Gordon Schools in Huntly, after the council decided no further action would be taken by them.