ONE of Scotland’s busiest airports was left at a complete standstill after experiencing a major power cut – leaving thousands of travellers in holiday mayhem.

Edinburgh Airport erupted into chaos shortly before 9am this morning leaving holidaymakers in complete darkness – and unable to even flush toilets.

Planes remain stuck on the runway while people have been photographed using their mobile phones as lights.

Passengers have also been left unable to get through security checks due to the power outage. 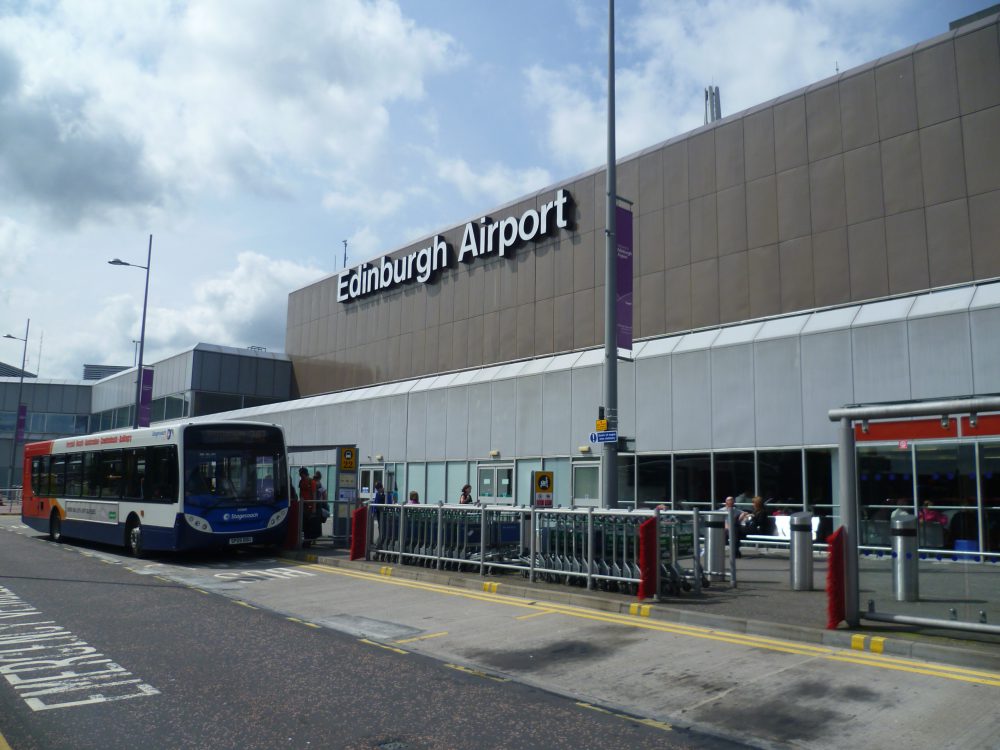 Travellers at the airport today said the entire airport had “come to a standstill” while staff rally around to try and rectify the problem.

Emergency lighting came on during the power cut which was finally fixed after almost an hour.

Dozens of frustrated customers have taken to social media to hit out at the airport – claiming they’re being kept out of the loop.

Eleanor Shaw wrote: “Folks now getting agitated. No communication, no explanation. Not everyone on internet. No staff walking round explaining and reassuring.”

Andy Grant wrote: “Toilets out of action and zero communication to people sitting around in various places.”

One worried Twitter user asked Edinburgh Airport: “How safe and secure is an airport with no backup power?”

“The safety and security of our passengers is priority, please work with us as we fix the issue.”

Shortly after 10am an Edinburgh Airport spokesman said: “We can confirm that power is now returning to the terminal and that flights have resumed.

“We’re working to allow passengers to continue their journeys in a safe and ordered manner and we thank passengers for their patience whilst we do this.

“As always, the safety of passengers and staff is our priority.