A SHOCKING video shows the moment two cyclists were almost hit by a motorbike going so fast the number plate cannot be read.

The biker, who is clearly travelling well in excess of the 60mph limit on the road, comes within a few inches of the husband and wife cyclists.

The clip was recorded by Tarik Qirem on Sunday as he and his wife cycled from their home in Romford, East London, into the Essex countryside.

At the start of the footage, Tarik’s cycle cam shows his wife in front and within a foot of the edge of the road. 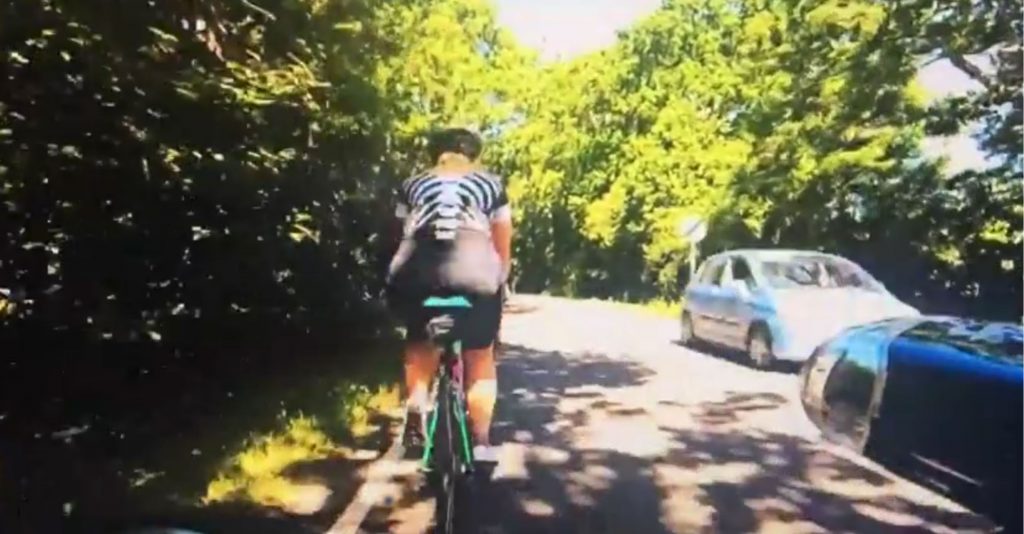 A freeze frame from the video shows the bike less than a foot from Tarik’s wife.

Tarik himself claims the bike was as little as three inches away at its closest.

Tarik can be heard cursing in disbelief at how close he and his wife have come to an accident that could have killed them both.

Get More from Your Employees