POLICE Scotland have hilariously taken the mickey out of one of their own officers after he donned a dodgy pair of Tom Cruise-style aviator shades.

The force dubbed the uncool cop and his colleague “Maverick and Goose” after the call signs of Cruise and Anthony Edwards in the movie Top Gun.

And they urged members of the public who spotted the pair out on speed patrol today to ask him to take the “daft” shades off, adding the hashtag “topspeedgun”.

Edinburgh North East Police tweeted a selfie of two officers out on patrol in which one officer is holding a speed camera up to his eye while his partner pouts beside him, sporting tinted aviators.

The tweet was captioned: “PCs Maverick & Goose out with the speed gun today. If you see them feel free to tell him to take those daft glasses off. #TopSpeedGun.”

Police Scotland Control Rooms weighed in on the joke by commenting: “We feel the need…the need to give him a shout on the radio #nottheneedforspeed.” 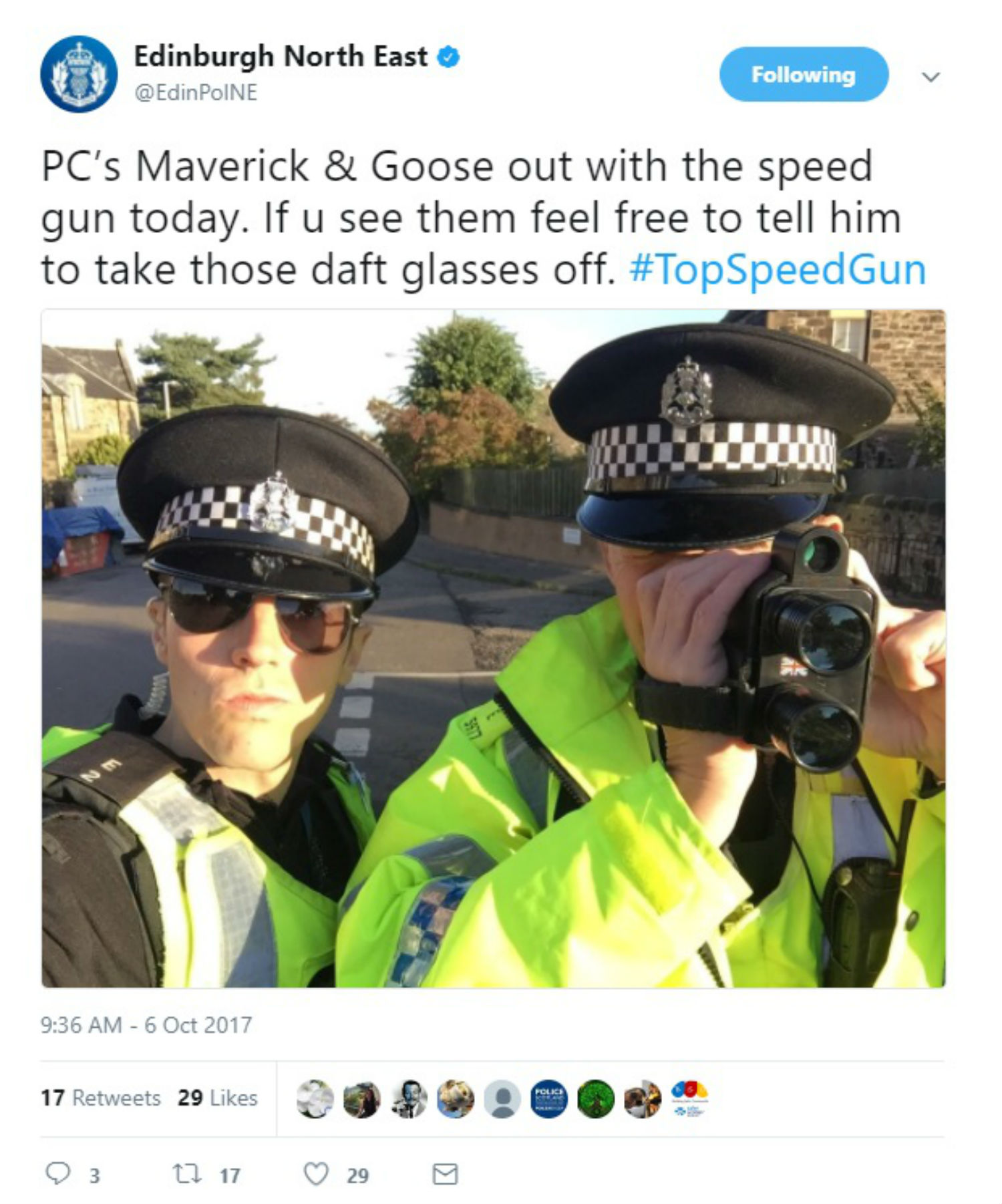 User A Voice of Reason said: “The dark glasses are harmless. It’s the whole uniform which needs changed. I miss the old tunics with shirts and ties.

“At least you could put on a “Civvy jacket” and go to the pub after your shift. You have to change now.”

The Top Gun style shades are favoured by American cops and troops, but the trend never quite took off in the UK.

The shades’ section of Fife Police’s dress and personal procedures guide said: “Spectacles and sunglasses must be of a suitable, discreet pattern. Mirrored lenses are not permitted.”