A HILARIOUS picture shows the moment a frisky pug photobombed her owner’s wedding ceremony by mounting her canine companion.

Five-year-old Nancy stole the show by getting intimate with six-year-old Kes, also a girl, while the bride walked down the aisle.

And as Jade Logue and Barry McCausland exchanged vows at the ceremony in Glasgow they kept getting distracted by heavy breathing from the amorous pair.

The dirty dogs, both wearing matching pink harnesses for the day, were sent home in disgrace after Monday’s ceremony at the West Brewery near Glasgow Green.

Jade’s cousin, Cameron Laidlaw, captured the moment showing the Kes looking round with her tongue out while Nancy’s little paws clutch onto her sides. 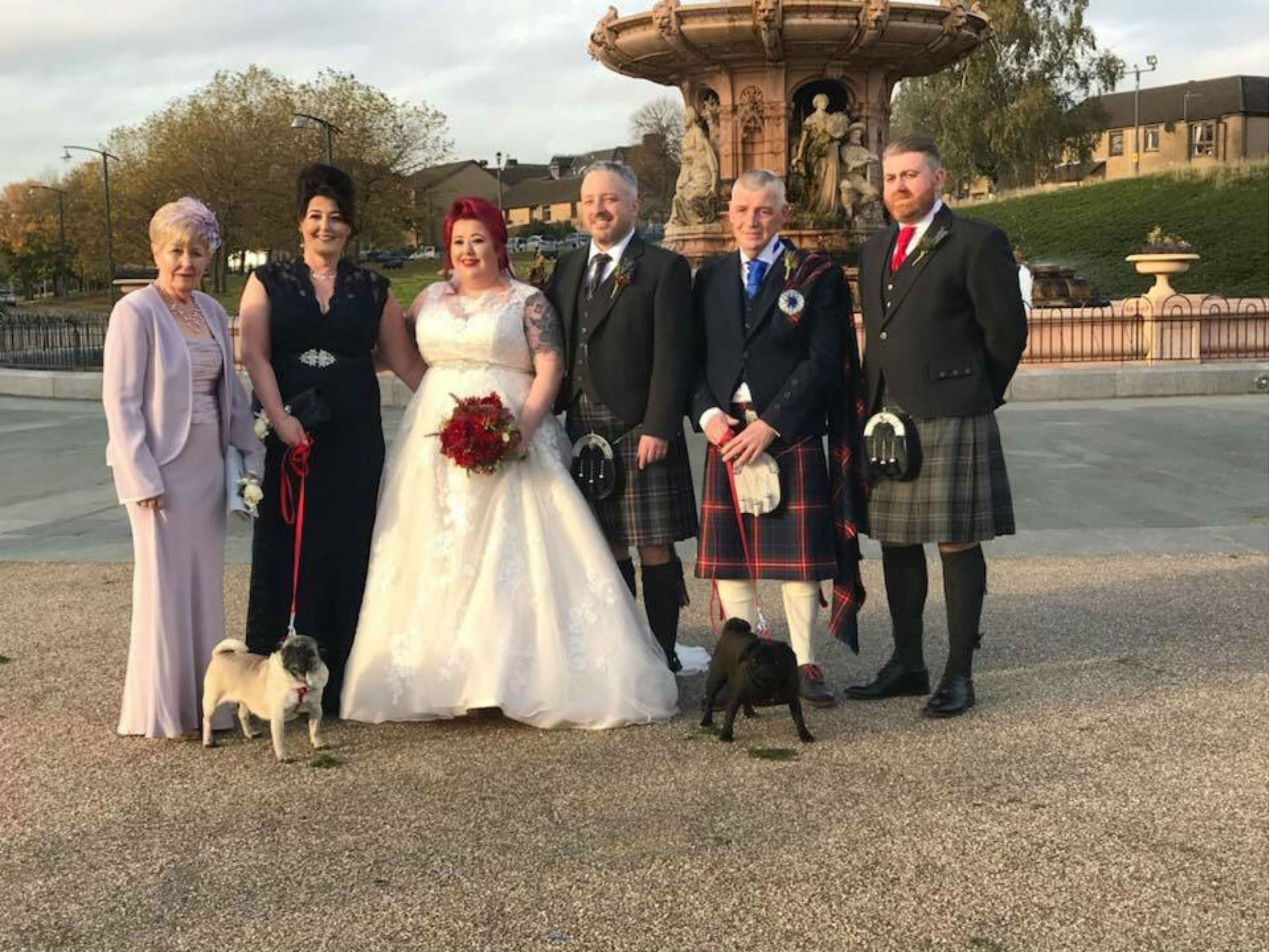 Cameron posted the photograph on Twitter writing: “Hahahahaha no danger.

“My cousin just walked down the aisle there with her two pugs and they started s***ging.”

Jade, 32, from Glasgow, and Barry, 37, from Aberdeen, were keen to have their pets at the ceremony.

Jade said today: “We have had Nancy since she was a pup, she’s always causing havoc.
“Last night she managed to help herself to my wedding cake.

“We rehomed Kes last year, she’s a little ball of energy. Usually they fight it out who can get on top first. 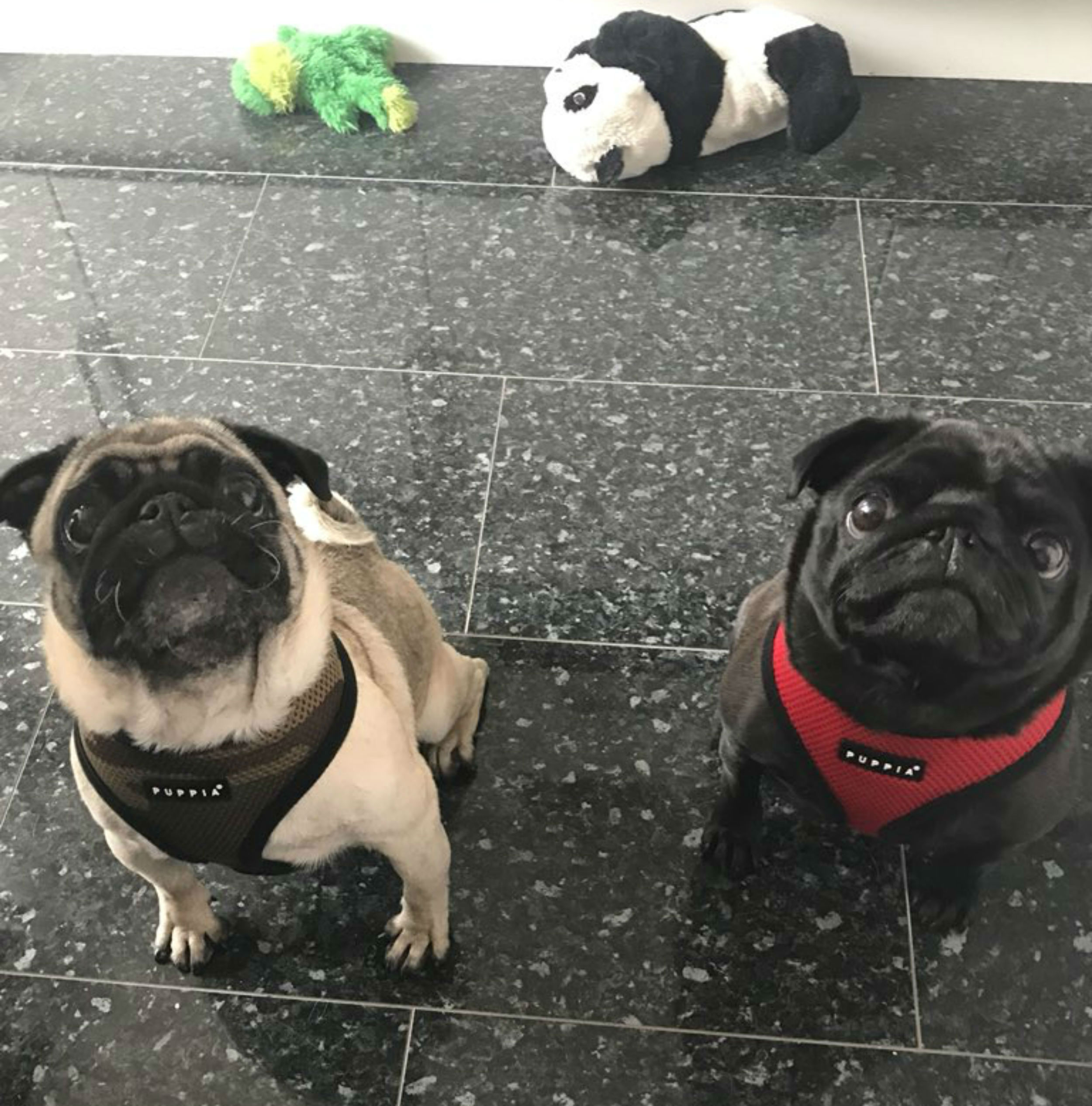 “I don’t think a lot of people noticed, I kept turning round because I could hear one of them heavy breathing and I kept on getting distracted.

“But I didn’t see that they were doing it or know until after everything and my cousin showed me the picture.

“It’s so typical of them to do something like that.”

She added: “The dogs went away after the ceremony. There were too many people about and we didn’t want any more shenanigans. 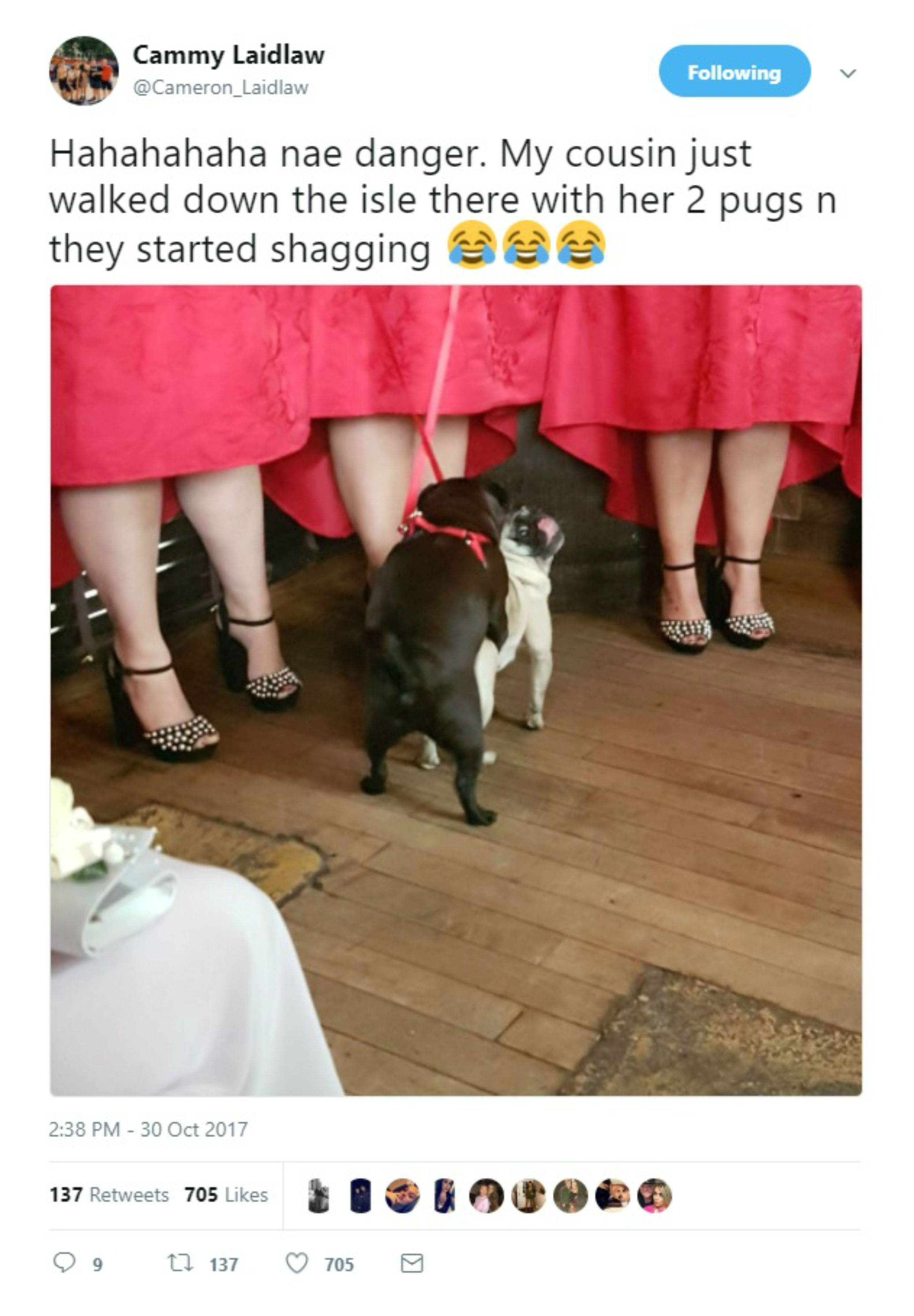 “It was a great day, funny from the start to end.”

Over a hundred people have retweeted the image on Twitter and posted images zooming into the expression on Kes’ face.