A HISTORIC townhouse once owned by an RAF club visited by astronauts Neil Armstrong and John Glenn has gone on the market for £1.2m.

The huge “A” listed building dates from around 1820 and has been the base for Royal Airforce Club in Edinburgh since 1937.

The prestigious club welcomed Armstrong, the first man on the moon, as an honorary member during a visit to Edinburgh. 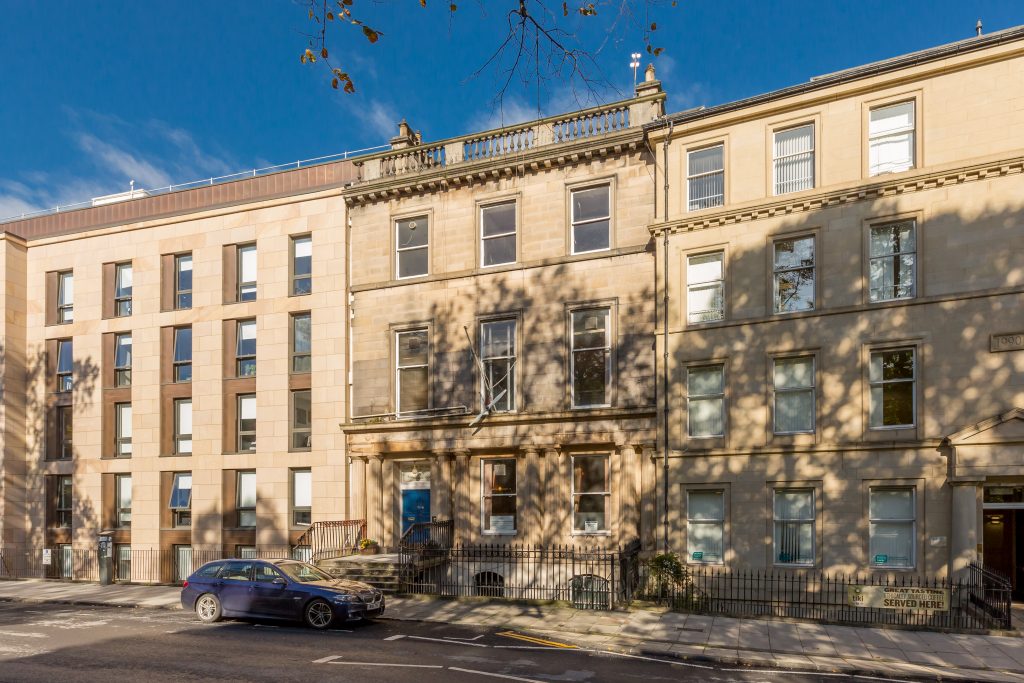 The first man to orbit the earth, John Glenn, also joined the club during one of his many visits to the country and was known to have enjoyed the club’s hospitality.

The club was also used throughout the Second World War by pilots based nearby who helped keep the Nazis at bay.

Now the historic six-storey terraced townhouse has been put up for sale with the opportunity for the new buyer to convert it into a residential home or hotel. 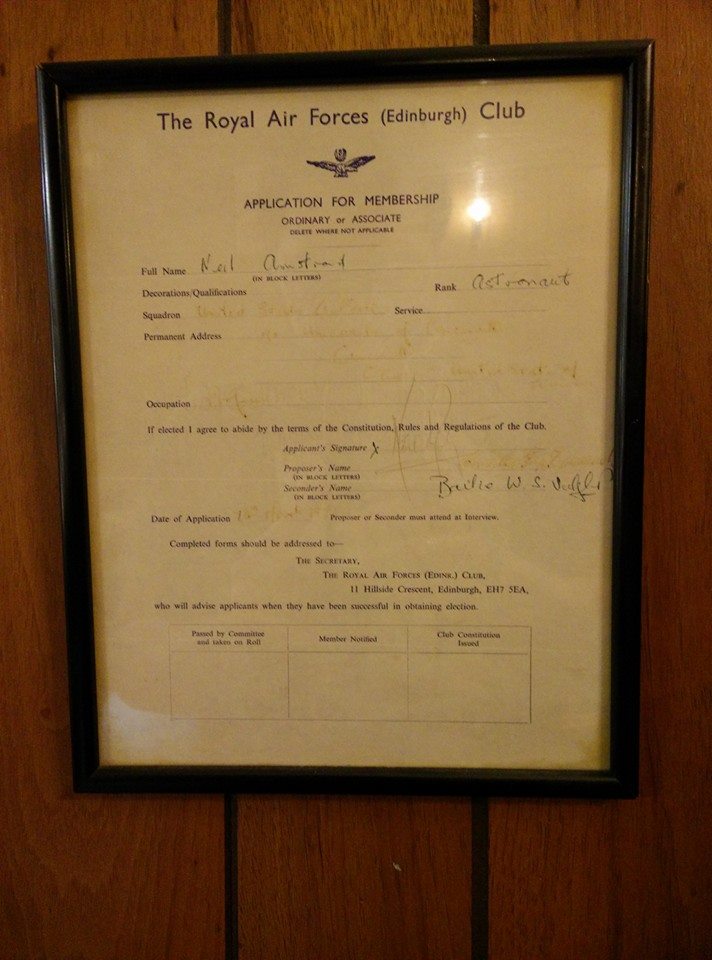 The home orignally belonged to Mr Allan of Hillside, one of several wealthy landowners who progressed the eastern New Town masterplan.

The exclusive private members only RAF club, took up residence in the building just two years before the second world war began.

The property features meeting and function rooms for hire as well as snooker and pool hall, a bar and even a dance floor. 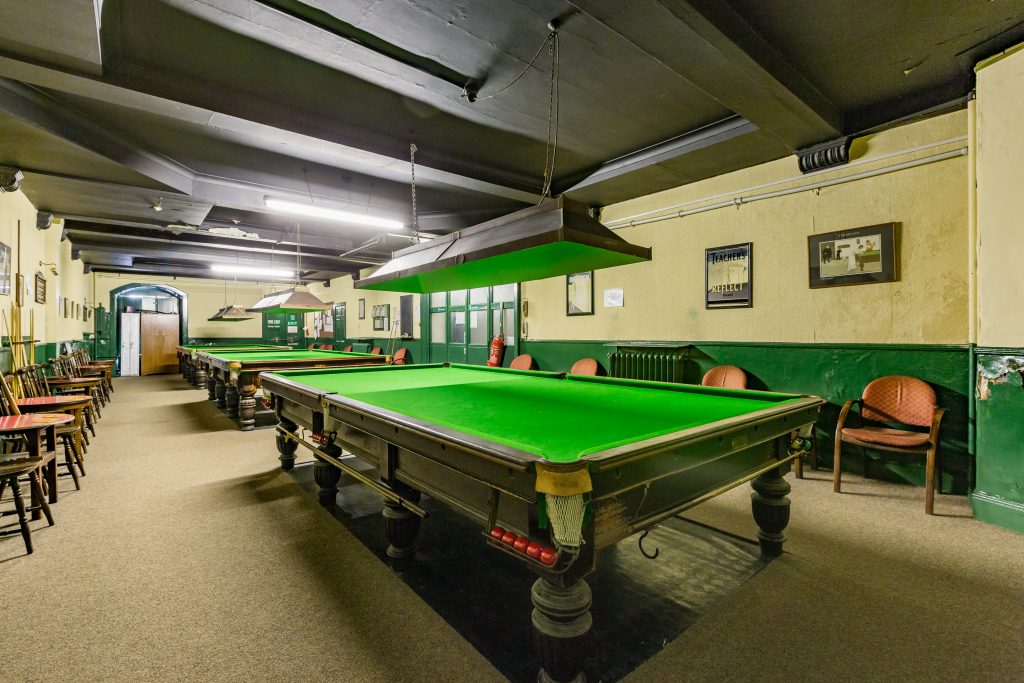 In a social media post on the clubs Facebook page, they revealed that Neil Armstrong – who was a pilot in the US Navy before becoming an astronaut – was made an honorary member during a visit to Edinburgh in 1972.

A photo of the signed membership shows Armstrong’s faded signature under the title of “Application For Membership”.

A RAF Club spokesman said “The members have had the opportunity to utilise this fantastic building for decades.

“However, the Club is, sadly, no longer viable and it is their desire that the building passes on to someone who will fully utilise the property and preserve its unique features.”

According to sellers Savills the building, located on Hillside Crescent offers buys a “rare” opportunity to own piece of history. 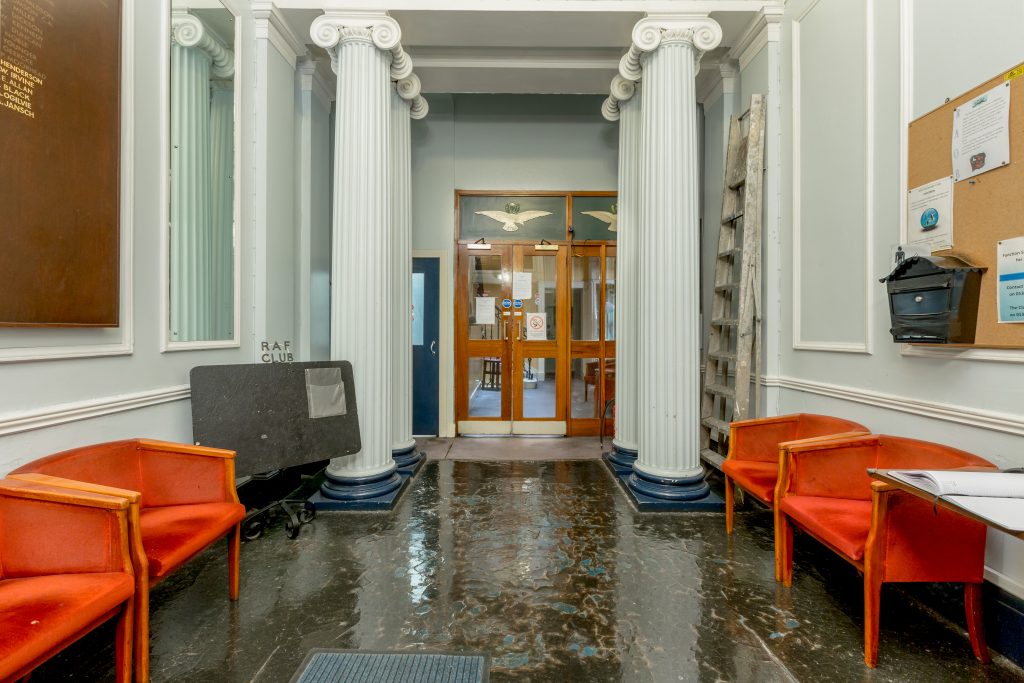 “The historic 6-storey building is set on an attractive tree-lined crescent with open views over Royal Terrace Gardens and Calton Hill.

“Located within walking distance of Edinburgh city centre’s main attractions, the accommodation has potential for a range of uses including residential, hotel, restaurant, commercial and educational.”

Until 1880, the elegant townhouse stood along in the crescent when houses were built either side of the property.

However, the property to the left of the RAF club house suffered badly from subsidence and was rebuilt in 1967.

A closing date has been set for midday on the 27th of November.