A SCOT has gone viral after drunkenly getting a tattoo of comedian Limmy’s famous Pitbull catchphrase in Ibiza.

Brandon Coulter, 20, was inked just above his left nipple with the phrase: “You into Pitbull hen?”

It comes from a sketch from Scottish comedian Limmy in which he takes the mickey out of the American artist and his popularity.

Brandon got the tribute to the sketch tattooed while on holiday in Ibiza in the summer.
But his friend Fraser McNie, also 20, shared it on Twitter on Friday and said: “Find me a better tattoo.”

Social media users have been replying, with some girls seemingly impressed by the ink.
Amy McGillivray said: “Find me that man.” 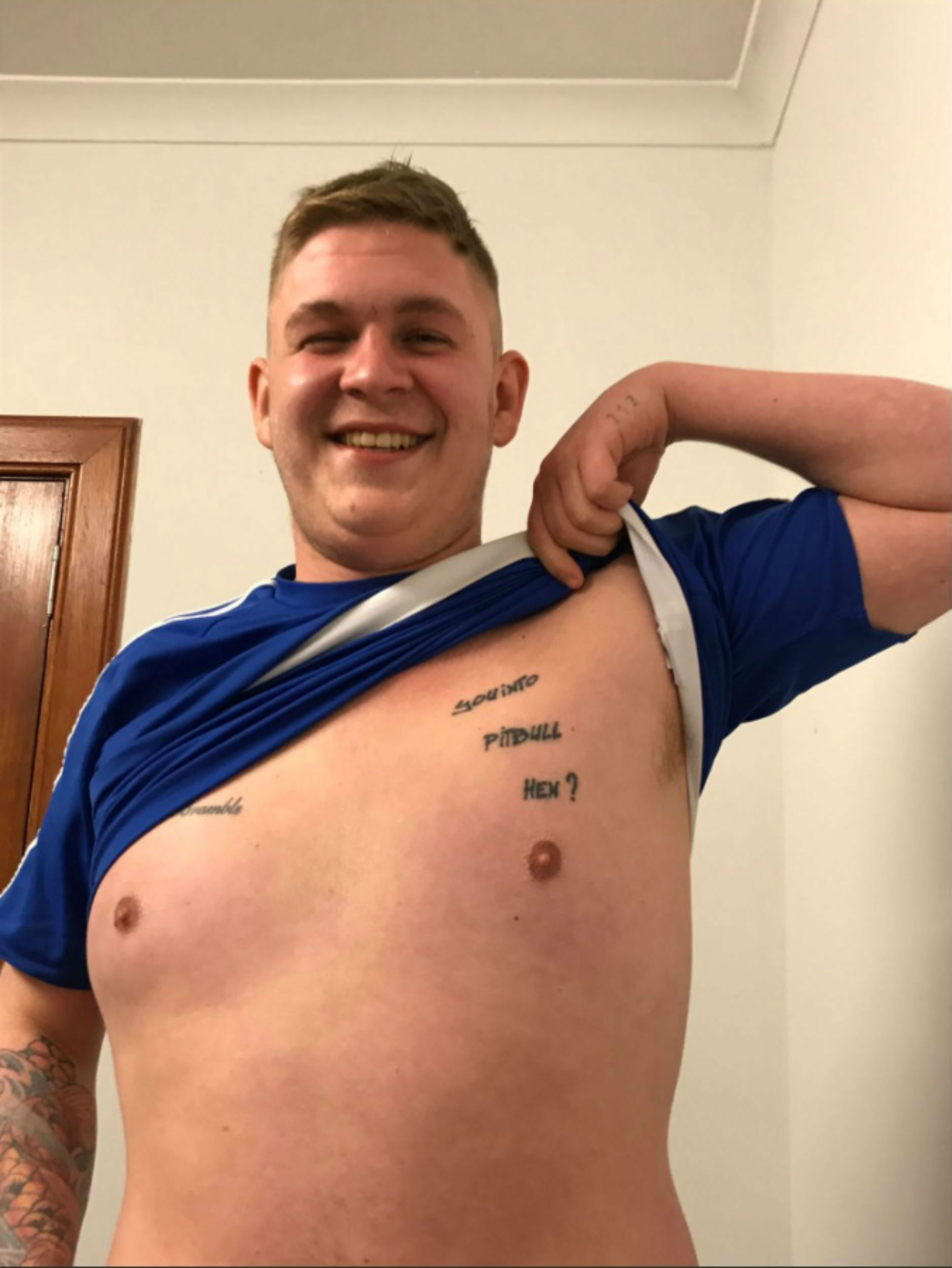 Another user said: “Give me his number.”

Megan Watt said: “This is the kind of man I’m looking for.”

Fraser tried to act as a wingman for his mate and replied to the girls with contact details for Brandon.

A user named Dani tagged her boyfriend Regan Cahill and said: “Sorry, but I’m leaving you for this genius.” 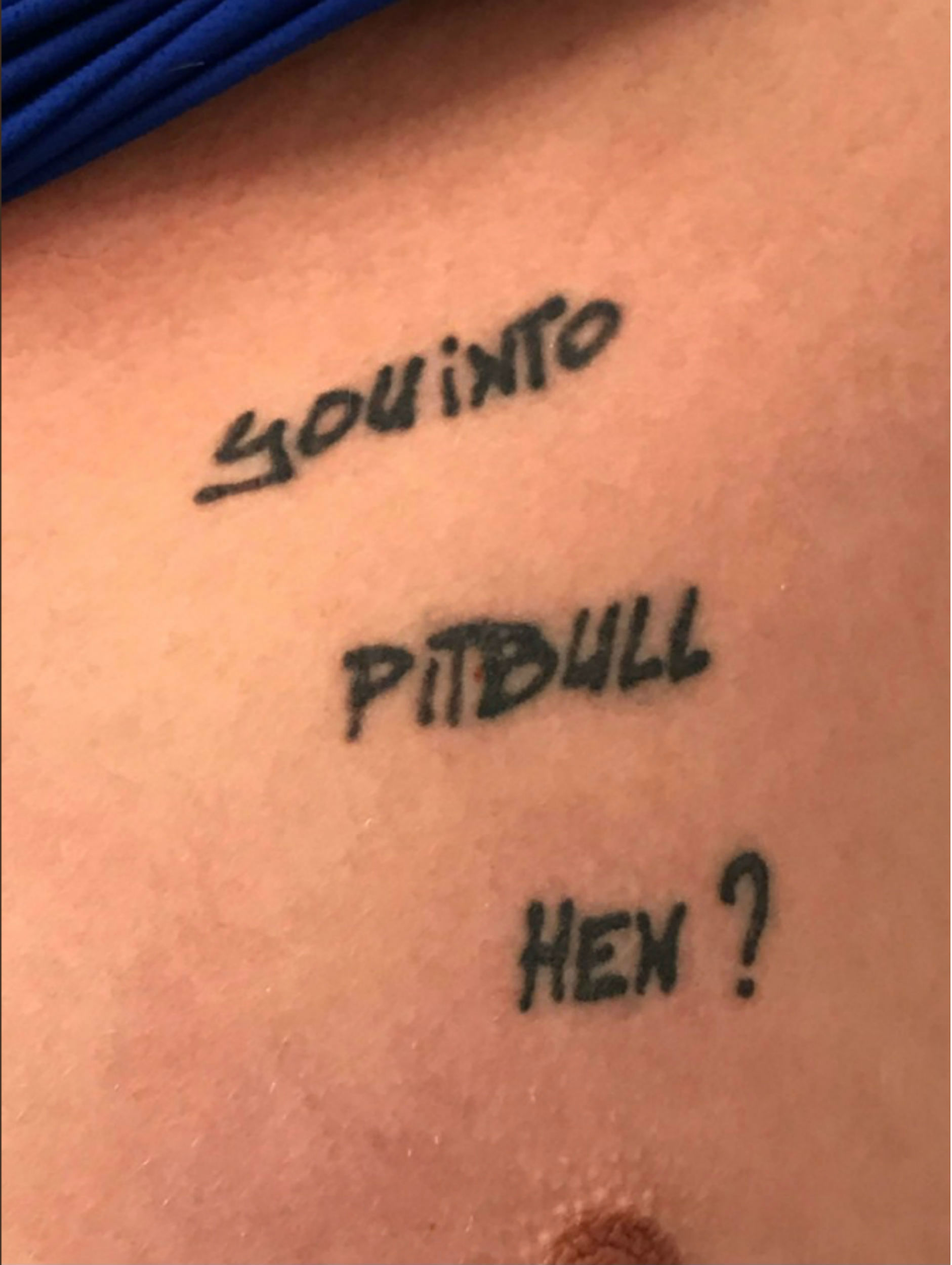 Regan was understanding of the situation, replying: “I get that.”

Others were equally full of praise for the tattoo.

Alice Smith said: “That tattoo speaks to me.”

An account named Mrs Worldwide, a reference to Pitbull who calls himself Mr Worldwide, said: “Inspiration.” 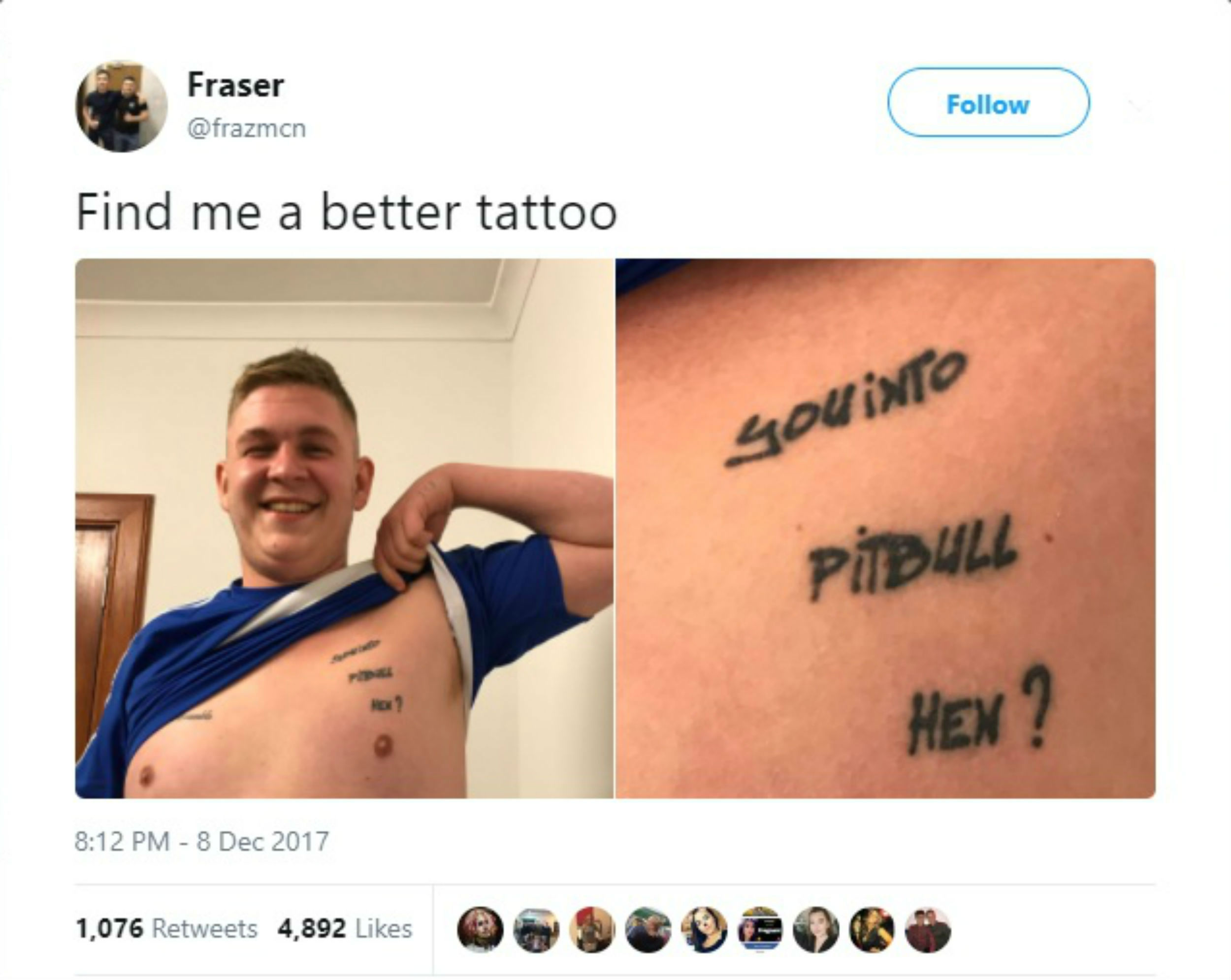 Others decided that it was so good they were going to do the same.

A user named Sally added: “What a tattoo, might get this in Vegas.”

Speaking today (MON), Fraser said: “He was steaming a few months ago in Ibiza and got it done.

“His friends and family just found it funny and were laughing.”