HIBS have completed the shock signing of former Hearts defender Faycal Rherras – and he could make his debut at Tynecastle.

The 24-year-old, who boasts one full cap for Morocco, has joined the Easter Road outfit on loan from Belgian side KV Mechelen until the end of the season.

Hibs rushed through international clearance and registered the player with the Scottish FA before 5 p.m. on Saturday, ensuring Rherras can feature in Sunday’s Edinburgh derby.

Rherras was signed by Robbie Neilson at the start of the 2016/17 campaign, however the full-back fell out of favour under his successor Ian Cathro and made just 19 appearances for the Jambos – scoring one goal – before leaving the club after one season.

Rherras said: “I have played in Scotland before with Hearts so I know what the game is like here and I enjoyed it a lot.

“The atmosphere at Easter Road in last year’s derby was something special – it left a big impression on me. Hopefully I can experience something different in my time here.

“My goal is to is to try and play as much as possible. The squad here is good, but I will try my best to help the team during my time here.” 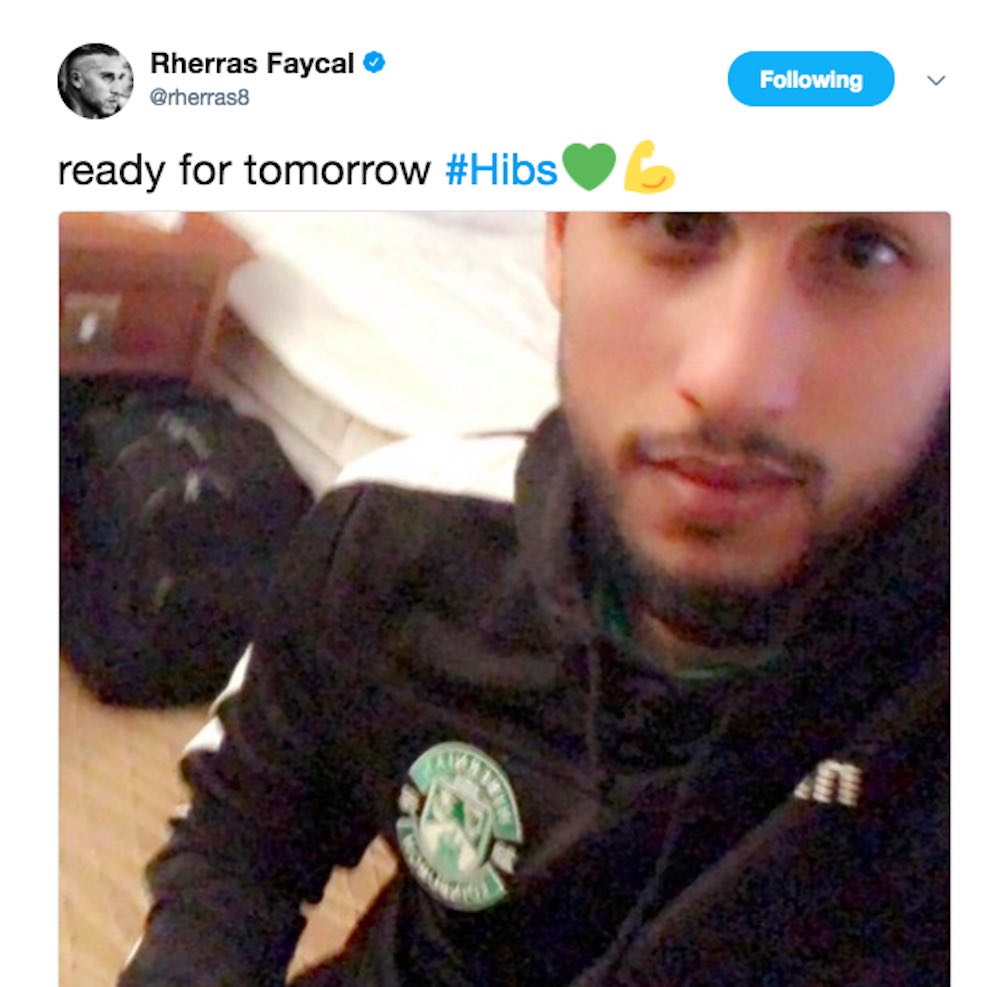 Although primarily utilised on the left in his time in Scotland, Rherras is right footed and comfortable on either flank, meaning he may be utilised at right-back following the continued injury woes of captain David Gray and Steven Whitakker.

Hibs head coach Neil Lennon added: “Faycal is a very good player to be bringing into the squad and brings a wealth of experience.

“We were looking to get some cover in at full-back and he comes in to provide strong competition which can only be good for the squad.”

Rherras is Hibs’ third capture of the January transfer window, following the loan signings of Jamie Maclaren and Scott Bain from SV Darmstadt and Dundee respectively.