SAINSBURY’S have apologised after customers bought toddlers’ meals still on sale despite being up to a year out of date.

Horrified parents checked the sell-by dates on £1.90 Kiddyum Kids frozen ready meals and discovered they should have been off the shelves between April and December last year.

The microwave meals are aimed at toddlers aged between one and three.

An angry mother, from Nottingham, who had the meals delivered to her, took photographs of the meals and posted them on Twitter to warn other parents.

Sainsbury’s today (fri) apologised for the error and assured customers that their stocks of the meals have been checked. 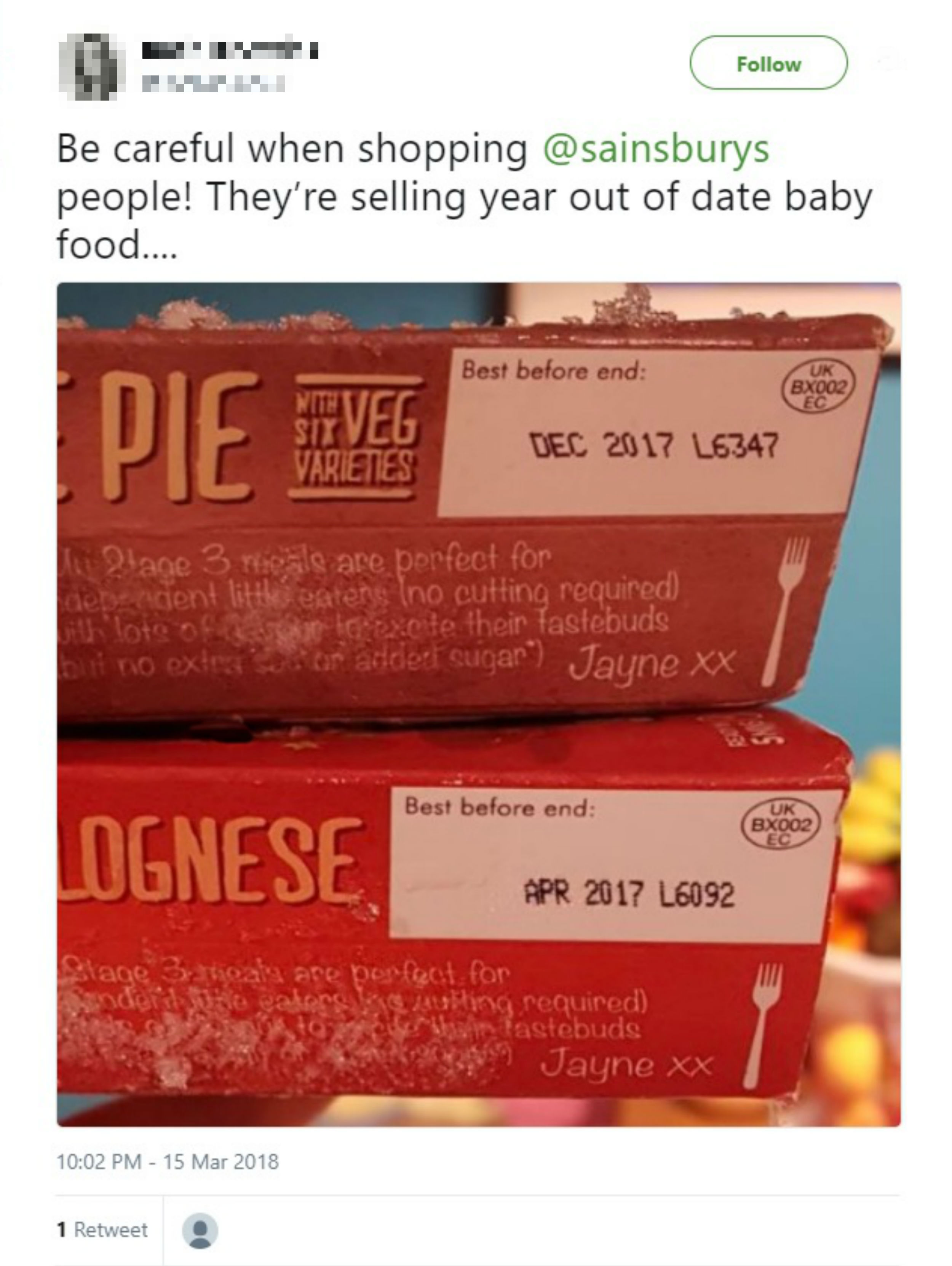 “These frozen children’s meals were delivered last week…nearly a year out of date, and it wasn’t just these two….”

Sainsbury’s online response read: “Please be assured that the store in question has already removed any affected stock after our discussion yesterday.

“They’ll also be looking into how this stock was missed, and taking steps to prevent any recurrence.”

Despite the attempted reassurance, a furious Twitter user commented underneath, writing: “Wow, Sainsbury’s, babies are vulnerable and to sell things that far out of date is endangering their health and risking that brand reputation.

“Shame on you! And to be so dismissive when questioned. Not impressed. You’re going to lose customers if you don’t act!”

Another social media user wrote: “Gosh! That is really dreadful. There MUST be a complaints system.”

And one mum said: “It’s only best before end, not use by, but I still wouldn’t be happy to be sent these.”

A Sainsbury’s spokeswoman today (fri) said, “We’ve apologised to the customer for this mistake.

“Stock has been double checked to make sure this does not happen again.”