A BAFFLED home owner has finally obtained photographic proof of what was scaling a fence and demolishing a stone wall to raid her garden pond.

Liz Holmes lost 80 frogs over the course of a month to the mystery creature and had daily to rebuild the wall surrounding her pond in Vidin, Shetland.

But on Thursday the mystery was revealed as Liz, 58, spotted a huge otter dashing from the pond and fleeing her garden having gorged itself on yet more frogs.

The wildlife lover was delighted to have got to the bottom of the mystery but is facing a £200 bill to have her pond wall strengthened against the wily and determined raider.

The otter has been making a trip of about a mile from the sea to Liz’s home, scaling a 2.5ft fence, and then moving a cubic foot of stone weighing about 150lbs to get its tea. 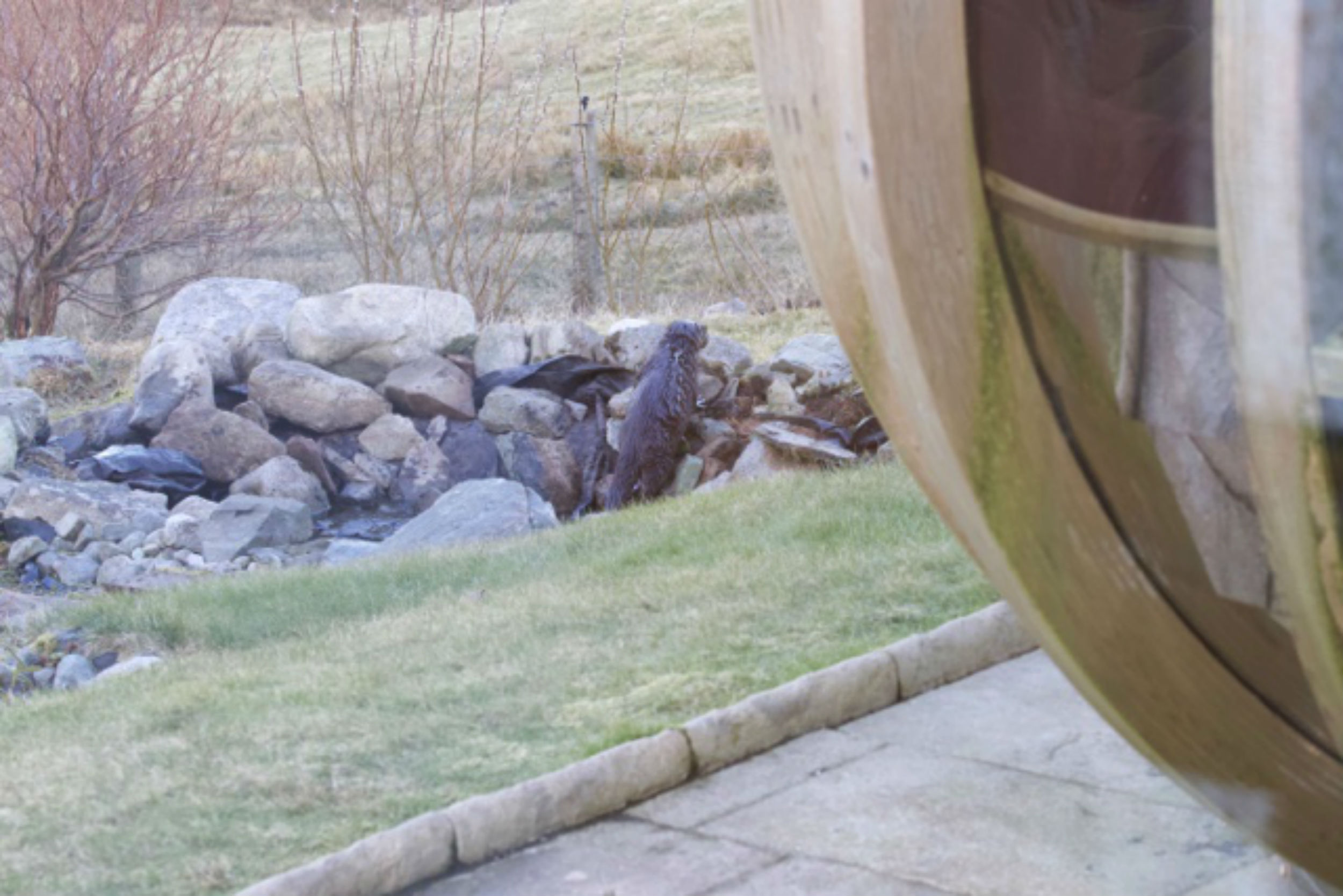 Her pictures show the soaked otter emerging from the pond and scarpering across to the fence before managing to climb over the chicken-wired fence.

The retired oil worker posted one of the shots to her Facebook page and wrote: “The culprit for wreaking havoc in our top pond. Not everyday you get an otter in your garden.”

Some of her friends shared her delight at being able to glimpse the animal in her garden.

Chris Stalker said: “What a privilege to see him.”

Lorraine Wickison said: “What a good specimen and photo even though he got rid of your frogs.”

Julie Rigby added: “Would love to see one too in the wild such a beautiful sight.”

While Mandie Fulbirg said that she’d had the same experience on Shetland. She said: “Shetland is a pretty unique place for this I had a huge male in my garden a few years back and there’s a family very near.” 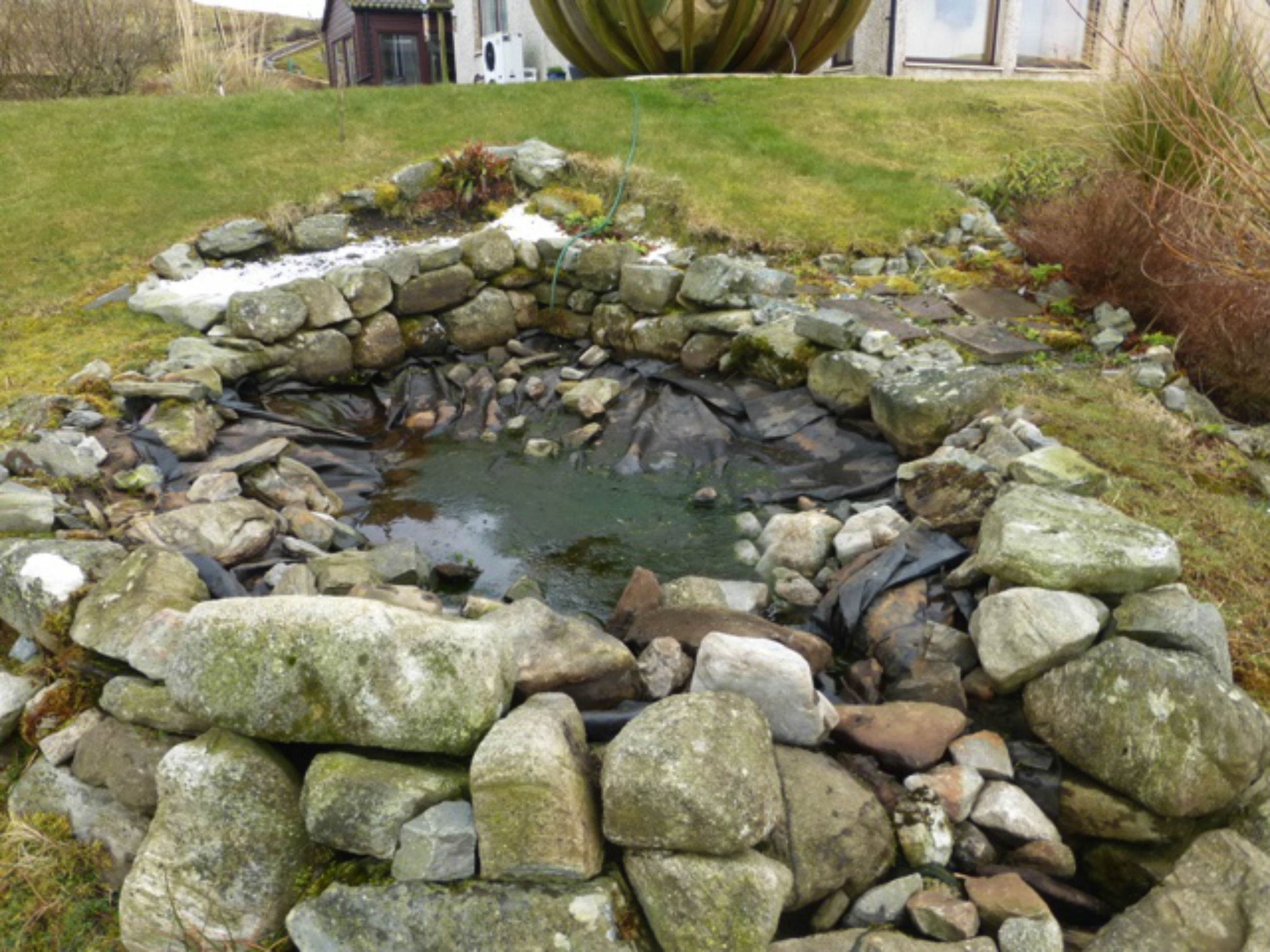 Speaking today (WED), Liz said: “He just about drained the top pond, and ate more or less all of the frogs. He dug the stones out so I’m having to get the landscaper back in.

“For one month he’d been popping in and out of the garden which is fully rabbit proof and sheep-penned.

“He got about 60-80 frogs altogether, they’re easy to catch at this time of year as they’re breeding. We’ve got plenty of frogspawn to replace them with though.

“The stones were pretty big but they are powerful animals. The fence is sheep-penned and has chicken wires so he had to climb over it.” 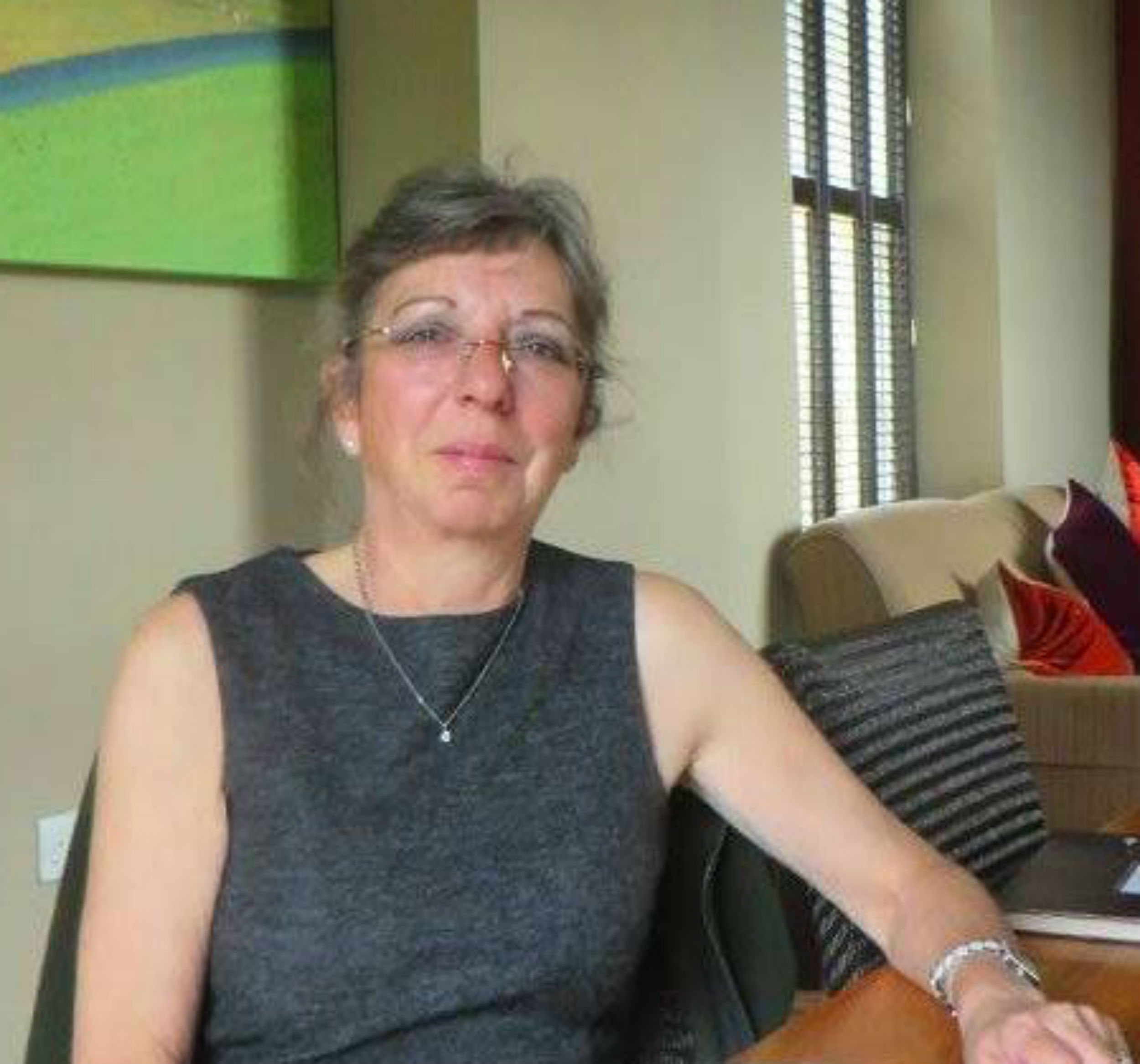 Since discovering the vandal she has decided to give up trying to rectify his mess.

“He still comes and goes but I haven’t seen him as well as that night. I was putting the stones back every other day since but in the end I’ve just left it until the landscaper comes.”