A “CRAZY” driver has been caught on camera overtaking two cars to jump a red light at high speed – and on the wrong side of the road.

The motorist was caught on a dashcam and is seen coming up on the outside of a car behind the filming vehicle before accelerating past both cars and through a junction in Downham, South London, on Saturday (14th).

Only moments later, the lights at the other side change and another vehicle moves through.

The risky manoeuvre has been slammed and the driver condemned for their “criminal, dangerous and selfish behaviour.”

The clip shows Steve approaching the traffic lights at a crossroads behind a mini, which makes it through before the lights change.

Steve is forced to stop, and his rear dashcam shows a white 4×4 coming to a halt behind him. However, an impatient driver in a black car can be seen speeding up on the outside, dashing past both cars and going through the lights on the wrong side of the road.

They cut back on to the correct side in between two traffic islands which are stationed in the middle of the junction.

To demonstrate the risk of the stunt, it was only seconds before the lights changed for the traffic coming from the left and a people carrier drives through. 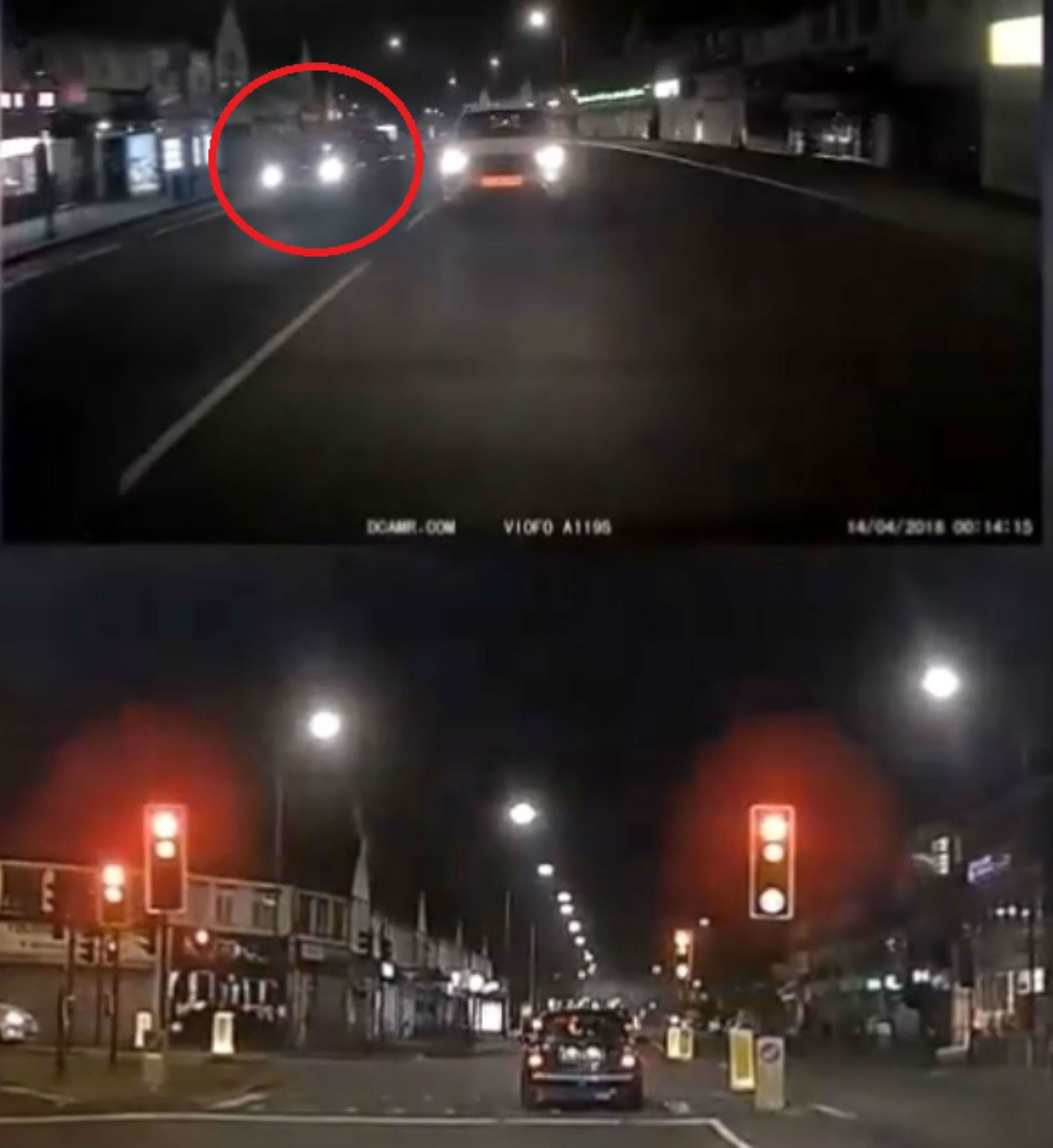 Members of the closed Facebook group reacted with disgust and anger to what they had seen.

Speaking today (TUES), Steve added: “The guy was an accident waiting to happen.”

Neil Greig, Policy and Research Director at road safety charity IAM Roadsmart, was also shocked and condemned the driver for their actions.

“This is crazy and criminal behaviour on several levels. Any driver willing to illegally overtake, run a red light and drive with no regard for other road users deserves to be tracked down and charged by the police.

“Some dash cam footage can be open to debate but this is very clearly dangerous and selfish behaviour”, he said.