BY KATHRYN PIERCE
In collaboration with @SomewhereEDI

In the Fringe’s ‘bubble’, it’s easy to get consumed by the bigger shows, which is why I felt it especially important to connect with at least one of the many LGBT+ led/inclusive comedy acts on the Free Fringe. Entirely selfishly, I was also very keen to hear familiar northern English voices that are quite a rarity in everyday Edinburgh life.

Best In Class is a comedy showcase supporting working-class artists to perform at the Fringe without the prohibitive upfront costs of the main festival. Today’s compilation line-up were Scouser SIAN DAVIES, who has a middle-class dog) Brummie LINDSEY SANTORO, “from South Birmingham – think of it as a holding pen for Jeremy Kyle”, and too-many-adjectives-even-for-him-to-remember VINCE “Flour Power” ATTA, sporting a mile-wide smile and impressive beatbox-looping set.

This crowdfunded offering brought an hour of real, straightforward, warm-hearted and engaging comedy; the twenty-or-so of us in the audience, and Kaya the dog, had a great time. Topics on the menu included the complexities of ordering coffee, reality replacing romance in long-term relationships, the inevitability of turning into your mother, and the lesser-known consequences of Lush bathbomb use.

It was great to see a predominantly female group, playing to a mainly female audience, so word has spread about the friendly atmosphere. Saying that, Vince did close the hour on a real high with his interactive game, meaning everyone left with a smile on their faces.

The venue upstairs at Harry’s on Southside was lovely – a gem of a nook in an airy room with wooden floors and exposed brick, creating a welcoming and intimate space for an hour of real-life grassroots comedy. 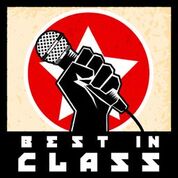 Why not fill your lunchtime with friendly and feel-good laughs? Worth checking out.