A SHOCKING video shows a van driver deliberately driving through a gigantic puddle so he could soak a schoolboy during Storm Ali.

The clip, believed to be filmed in the Edinburgh area, was uploaded to Cameron Paton’s Twitter account yesterday captioned: “Get back to class ya wet wipe”.

In the footage the driver is shown pulling out of a junction before driving straight towards a large brown puddle which has collected at the side of the road.

Two young boys with backpacks on are shown just feet from the puddle, while one boy can be seen on the grass verge directly in front.

At this point the Ford van driver can be heard speeding up his vehicle before driving right through the puddle at speed.

A young boy who appears to be around 15-years-old and wearing all black and carrying a backpack is shown trying to shield himself as the water sprays completely over him.

The driver is then heard bursting out laughing before the clip cuts out.

It is not known who was driving but the man behind the wheel appears to break the law on two counts – using their phone while driving and deliberately splashing a pedestrian. 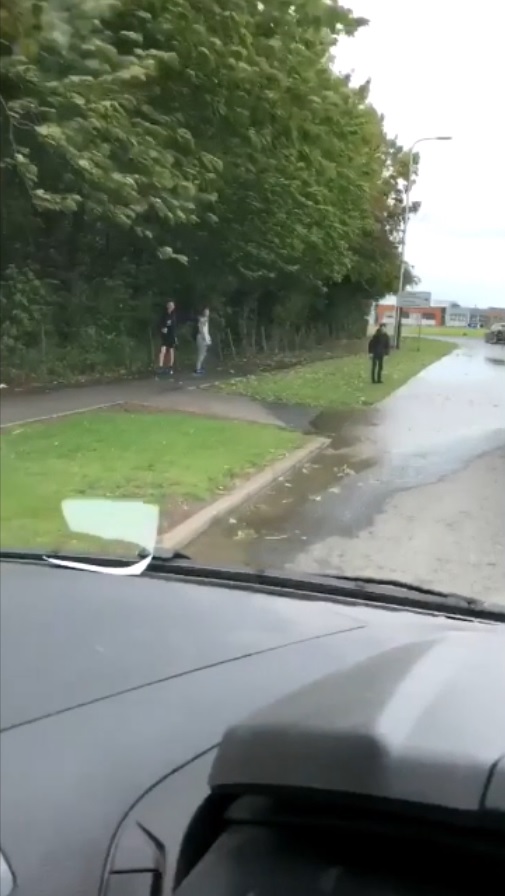 The clip was uploaded to @pammy_caton yesterday afternoon where it has since attracted over 162,000 views.

The 22-year-old electrician from Edinburgh has since recieved dozens of messages trolling him although at no point does he admit being behind the wheel.

@stevieberwick said: “What a c***y thing to do. Honestly people like you shouldn’t be allowed a license. Maniac.” 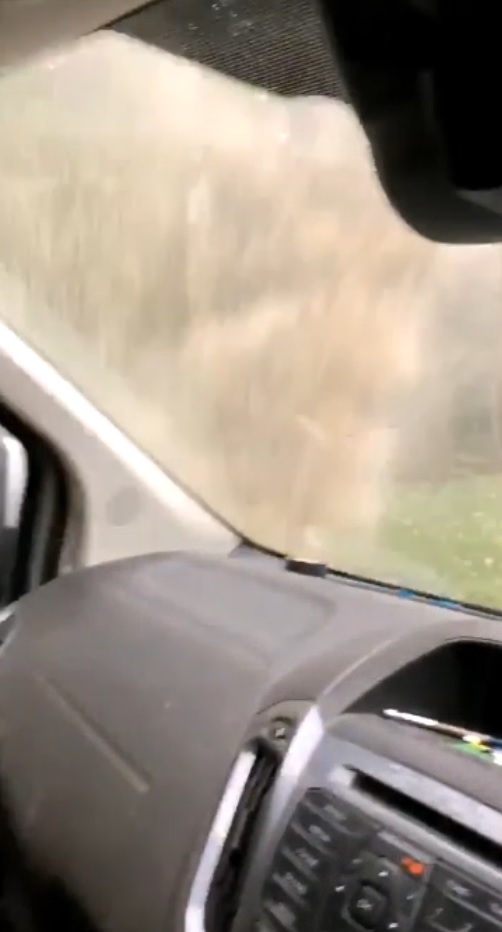 @LTCTID said: “If the old bill wanted to they could prosecute you for this as it’s classed as dangerous driving.”

And @Connor_Ryan97 said: “White van driver being a d*** and breaking the law usual.”

The response from Cameron’s account was “Silver van” and later: “They were asking for it.”

Cameron today denied claims by social media users that he filmed the footage.

He said the clip was sent to him in a group work chat but said he does not know who the van driver is. 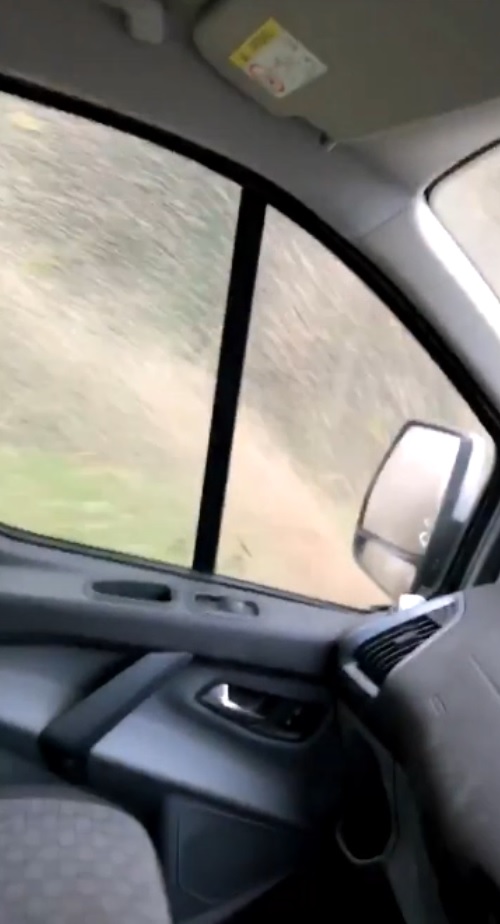 He said: “It’s not me in the video. I just posted it. It was sent in my work group chat and I’m unsure of who it actually is. I just thought it was funny.

He added: “I’m sure I told a few people who replied to it that it wasn’t me. I don’t care enough to bite.”

The post attracted dozens of comments from friends with some branding the driver a “f****** hero”.

On one post, Cameron wrote “It wasn’t me” alongside a shrugging emoji icon. 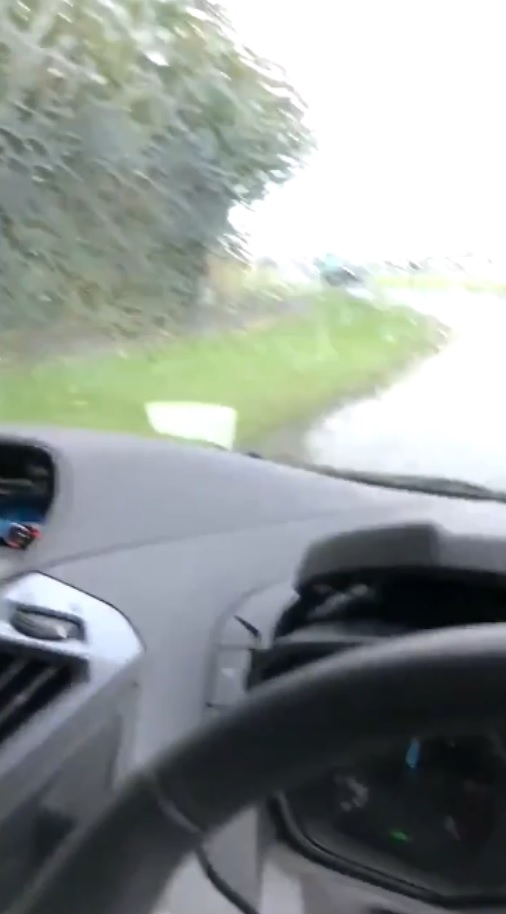 In the UK, motorists who drive through puddles and splash nearby pedestrians could be slapped with a £5,000 fine.

Under section three of the Road Traffic Act 1988, it is an offence to drive “without reasonable consideration for other persons”.

And according to the Crown Prosecution Service, this includes an instance of “driving through a puddle causing pedestrians to be splashed”.

Driving without reasonable consideration can attract a maximum level 5 fine, currently set at £5,000, and dictates that a person’s driving “amounts to a clear act of incompetence, selfishness, impatience or aggressiveness”.

In July a van driver has been sacked after being filmed repeatedly splashing pedestrians by driving into large puddles in Canada.

The unnamed driver was captured on the dashcam of a car in front veering across a main road and drenching three separate people in the Canadian capital, Ottawa.